It was a year-and-a-half ago that Andrew Freedman and his wife Nancy were watching the evening news when a story about “the world’s fastest growing sport” piqued their interest.

It was not long before the Freedman’s, lifelong squash and tennis players, took part in the pickleball craze. 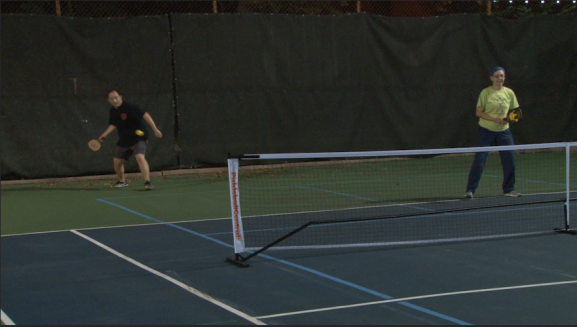 According to the USA Pickleball Association, pickleball was invented in 1965 by Washington State Congressman Joel Pritchard at his home in Bainbridge Island, WA.

The racquet sport combines elements of tennis, badminton and ping pong onto a 44 x 20-foot sized court, conducive to all age groups.

The Sports & Fitness Industry Association estimated there were more than 15,000 pickleball courts and more than 15 million participants in the United States in 2016.

Freedman’s group boasts players of all skill levels from around the city and runs during warm-weather months from April to October.

“We mostly draw from Center City. We get a lot of young guys who played racquet sports in high school and then retirement age,” Nancy Freedman said.

“The court is about half the size of a tennis court so there is not as much ground to cover,” she said. “It is pretty easy for someone to pick up the sport on an elementary level.” 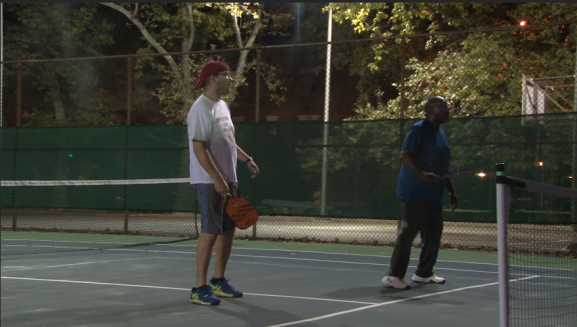 After fostering a passion for the new sport, Andrew Freedman, the membership chair of the Washington Square West Civic Association, had to cut through logistical red tape in order to introduce the sport to the communitiy.

“When I approached the advisory board about an interest in this we had to talk to the tennis people because we took the court from them,” he said. “There was a little back and forth but they finally allowed us to have one night a week.”

The next challenge for Freedman was garnering interest in pickleball.

After unsuccessful campaigns on Facebook, he turned to meetup.com, a social media site that helps connect those with peculiar interests.

“It was hugely successful. Every week we got new people,” Freedman said. “We could correspond about the dates and times and it just worked beautifully.”

“We tried it out last year with two courts to see if there was a level of interest in it and there was and we expanded to four courts this year,” he added. 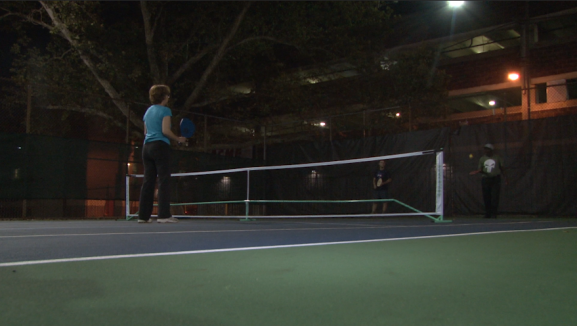 With pickleball regulars frequenting the park on Thursday nights, Freedman has enjoyed not only his leadership role but also the personal connection with the community.

“What is really pleasing to see is people coming back time and again and their games really improving,” he said. “It gives me a nice sense of satisfaction to help bring them along.”

-Text and images by Ben McWilliams.

Community gardens are spreading like weeds throughout Philadelphia. These beautiful green spaces ensure sustainable, fresh produce in a concrete jungle and provide a refreshing feel to a metropolitan area. Not only do these open spaces [continue reading…]