In a quiet office on 9th Street, red lanterns are strung from the ceiling and two long banners are hung beside a portrait of the Arch of Friendship. The office houses the Philadelphia Chinatown Development Corp., where special projects associate Lamei Zhang (above) sits in the back corner, tucked between two computer screens and flyers for upcoming events.

Zhang, 23, coordinates civic engagement events for the PCDC and is the resident graphic designer. She studied the growth and structure of cities at Bryn Mawr College, where she graduated last May. She’s been working as a full-time staffer since October, and interned for PCDC last February.

What does it mean to be in charge of special projects for this area and for the PCDC? 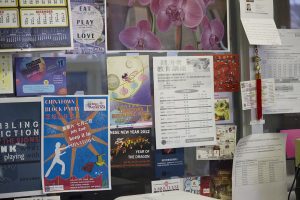 Chinatown is seemingly spreading outside of its traditional boundaries. Do you think a greater Chinese population has been moving to Callowhill?

My understanding is that I believe along Wood Street you have Chinese entrepreneurs, like small businesses. But there is the growing gentrification and it is becoming more and more expensive for poor immigrant families to live here, aside from our affordable housing.

The plans for the Eastern Tower project include an apartment building and community center for the population in this area. Since the PCDC is head of this project, how big – and serious – are these plans?

I know they’ve been planning this building for over a decade now. It’s definitely something we all look forward to, because due to the multiplicity of the functions of the building – there’s housing, there’s community centers built in – we can use (them) in the future for youth programs and community development workshops. It’s really big, but it is very drawn-out, the whole process. I’m just anticipating when the first construction group goes in and builds it. 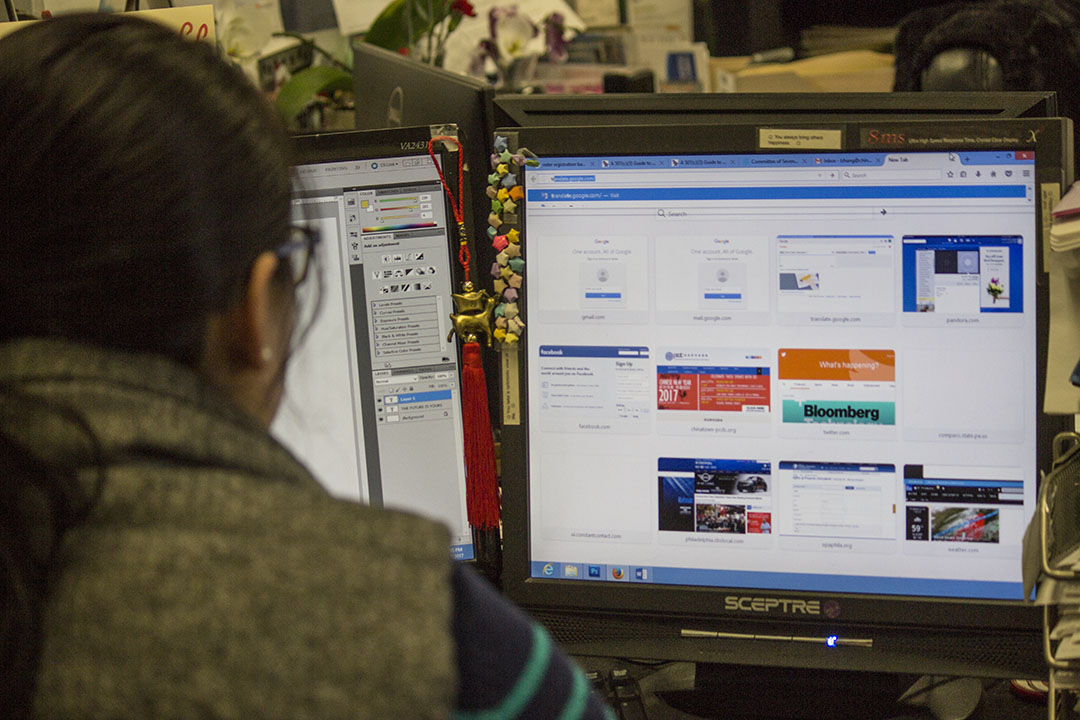 What other development projects are you looking forward to outside of the Eastern Tower?

We are looking into scattered sites, areas that are not traditionally within our boundaries. There are areas in North Philadelphia where we are developing low-income housing for those individuals. They’re smaller; it’s not so many multi-family units, it’s townhouse structures. We kind of just started that process.

Will it be challenging to create those scattered sites and connect them to PCDC?

I think that’s true, because once you’re further away from our core, you do kind of lose that ownership in that it’s not really Chinatown anymore. We really have to work on working on putting our name there and saying, “This is a project of ours, and we’re working very hard to address needs beyond our borders.”

Your boss, John Chin, told us in the past that community engagement could be better. Do you agree with that?

I think so, yes. I think there’s a lot of areas we do well in, and a lot of areas we could improve upon. For instance, our organization is very tight-knit with the store owners in Chinatown. It’s done in a very Chinese way. It’s similar to like what you guys do with “hometown,” or “I grew up here and I know you from when I was younger.” It’s kind of loose. It’s not like, “I’m in a partnership with you.”

So we have that, but at the same time, I think we kind of miss out on the newer immigrant community, which is not as Cantonese. If it is Cantonese, it’s more mainland, like Hong Kong, which is where the older generation is from. We do have social services here, like health care and housing, but a lot of people recognize more our social workers than our organization. So that’s an area we would like to improve upon. 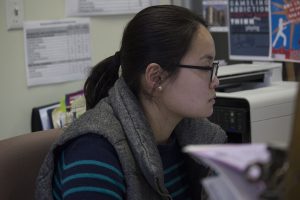 Besides Get Out the Vote, what are some of the other community projects you’re spearheading?

I will be in charge of the Night Market. Previously, we’ve had a lot of food trucks visit. It’s been really successful; we’ve had more than 20,000 people come. I’m hoping this year we can maybe incorporate more of our own businesses, instead of kind of having them be in their own restaurants, I hope to promote them a little bit more exclusively by giving them an opportunity to see what the benefits are of participating in our Night Market.

What new challenges are you looking at in the new year in terms of engagement?

I’m hoping we can further develop a stronger brand for PCDC. I want people to really recognize what our corporation does. Right now, we do all these things, but a lot of our own clients don’t recognize the services we do, besides the things we do with them, like health care and welfare. So, just kind of to show others that we have more services than the simple ones. So something like, yes, we’ve also built these buildings, and on.

Why do you think some clients don’t know about other services?

I’m not sure it’s more what we lack or what they lack. I’m pretty sure it’s both sides. We release ads, and a lot of what our clients get is through word of mouth. When they hear about what services we have, their peers say, “Hey, there’s that organization over there, they can help you with this.” That’s why it’s limited to our services rather than our achievements, and the greater picture of PCDC.

– Text and images by Steve Bohnel and Emily Rolen

The Philadelphia Chinatown Development Corp. plans to create a 23-story, multipurpose tower located at the northwest corner of 10th and Vine streets. The first two floors of the building will include the recreational area and [continue reading…]

The final Night Market of the year hit Chinatown last Thursday, with more than 60 of the city’s food trucks along with live music and traditional Chinese dances. The Food Trust organized the first Night Market [continue reading…]