Two Piece Fest has been bringing two-member bands together in one event for a decade now. The most recent show was held Feb. 25.

“We were experiencing how special and unique of a match-up it was, which is two people playing together,” said Craig Woods, the co-founder of Two Piece Fest and guitarist in the band Peter and Craig.

Woods is originally from Philadelphia but has since moved to work as a substitute teacher in the Chicago public schools. He comes back to Philadelphia every year for the festival.

“We strive to have a few things for a fest. We want it to be 22 two-piece bands. That has to happen,” said Woods. “We want the festival to be cheap and affordable for people to come to, and we want to have the two stages, we want it to be one day.”

The festival moved around to different neighborhoods across the city before bringing music to the First Unitarian Church.

“We did it in South Philly, West Philly, North Philly and Center City,” said Peter Helmis, Two Piece Fest co-founder and drummer in Peter and Craig. 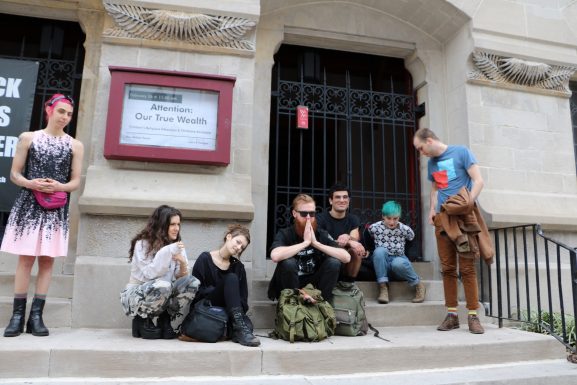 “First Unitarian Church, this place is legendary. This is where I first start going to shows,” said Helmis. “This space is super-intimate … It’s kind of a central location for all the outer neighborhoods of the city, so in that way it kind of makes sense.”

Amanda Salane, of the band GODXSS playing at Two Piece Fest, said the festival and underground culture could bring people together regardless of the area being more upscale than usual.

“Whether it’s a Mecca like this or a more rundown part of the area, I don’t think it matters,” said Salane. “I think it’s just like representing underground music, and it should be able to bring people of every ilk.” 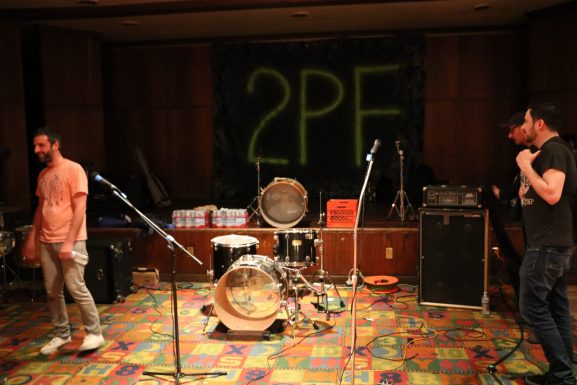 The music event has generated a lot of interest over the years and has inspired others around the world to follow in the footsteps of Woods and Helmis.

“As far as I know, this was our idea and I have not heard of anyone else before us who have done this festival,” said Woods. “There have been other two-piece fests that have popped up after we started ours, and its kind of awesome.”

Woods said other festival creators in Australia, New Zealand and Spain have contacted him about making other duo music festivals. 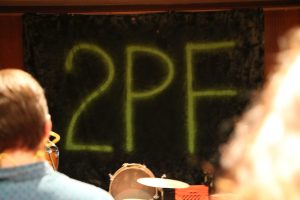 Yet after influencing other festivals and after 10 years of performances, Two Piece Fest has not changed.

“It’s kind of remarkable how much it has stayed the same the whole way along,” said Helmis. “I think it’s a really good thing. It’s a great show to attend.”

Summer is here and for many music lovers in Philadelphia, that means finally some extra time to enjoy live music. While people weigh in on the increasing number of venues in the city, this competition has [Read More]

https://vimeo.com/24198293] For the fourth year in a row the Kensington Kinetic Sculpture Derby this past weekend featured art, rock music and really weird vehicles. Each year since 2007, contestants come together to show off their [Read More]