As a youth in Hunting Park, Kysheen Wilson was always looking for a place that he could get excited about.

In 2007, the Philadelphia Police Athletic League began to use the building on N.10th St. in Hunting Park for athletic activity for youths from ages 6-18. Wilson started taking advantage of the programs offered there almost as soon as the facility opened, when he was only 11.

He now uses what he learned during his time in the building, which became Lenfest Center in 2011, as a mentor to the next generation of kindergarteners and first graders.

“When I was a kid and this building didn’t exist, I would just be in my house all of the time,” said Wilson, 21, who is now employed as a part-time mentor at the Lenfest Center. “When the building opened up, I just wanted to be with my friends but the staff here told me this is the place where I needed to be to stay safe.” 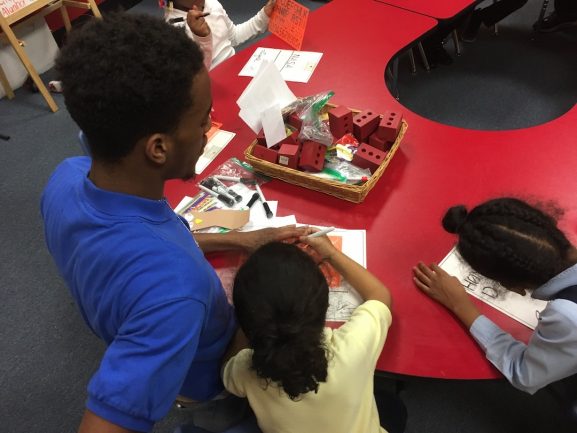 Wilson said the Lenfest Center had a profound impact on him as a child and he wouldn’t be where he is today without it.

“I would say that the building being open to me whenever made a big impact on my life as a kid,” said Wilson. “There is so much stuff going on outside of the Lenfest Center like crime and drug use for example. It was important for me to stay away from it.”

Brian Cann is the facilities manager at the Lenfest Center and was employed at the center when Wilson joined the program as a kid.

“As a youth, Kysheen participated in a lot of different activities like basketball, soccer, lacrosse and even chess,” said Cann. “He was always respectful and caring toward the younger kids. He always had the time to show a helping hand and put his best foot forward.”

For Wilson, the Lenfest Center has been a second home to him and one that has built him into one of the most important community members in Hunting Park. 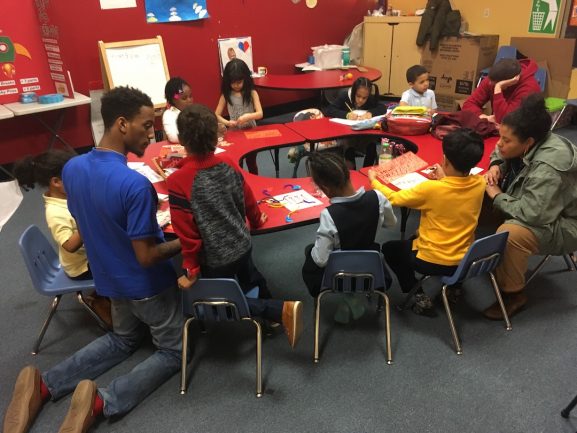 “It was important for me to build my self-confidence as a kid,” said Wilson. “I didn’t really have anyone helping me build my confidence until I got here.”

Cann sees many kids come through the Lenfest Center each day, but not a lot compare with what he continues to see in Wilson.

“I respect Kysheen as a young man and a mentor to these kids,” said Cann. “I don’t mind going out of my way for anything he asks me to do for him. He is a very creative person that does a lot for these kids.”

Cracked sidewalk pavement, dilapidated housing and trash are common sights to new visitors to the Hunting Park section of North Philadelphia and leave an impression of a community that seems to be on down times. Hunting Park [continue reading…]