When Sisters Nightclub closed in 2013 after serving the lesbian community for 17 years, Philadelphia lacked a gathering space catered to LGBT women. However, with the opening of Toasted Walnut Bar & Kitchen, that need has been filled.

Denise Cohen, who was a general manager at Sisters for its entire run, opened Toasted Walnut right before New Year’s Eve. Located on Walnut Street near Juniper, the space houses two floors with three full-service bars, a “party pong” table, a dance floor and a VIP room.

Cohen wanted to address the needs of Philadelphia’s lesbian community after Sisters closed.

“With the concept with Toasted Walnut, we wanted to put the ‘L’ back in the LGBT community,”  Cohen said. 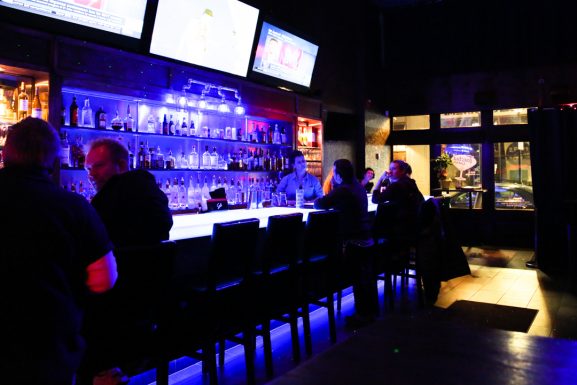 Though the bar has a focus on gay women, it is not explicitly a lesbian bar.

“We want to make sure everyone knows they are welcome,” Cohen said. “Waiting two and a half years to open the bar, there was a lot of time to be able to think about what we wanted to do.”

One of the most important aspects of Toasted Walnut for Cohen is its inclusivity. She believes that having mixed spaces for everyone essentially helps foster equality.

“In this world right now, we’re fighting for equality,” Cohen said. “If we want to be welcome in straight establishments, we all have to get along. Years ago, if I would walk into a men’s bar, they’d be like, ‘What are you doing in here?’ If we want equality across the board, we need to have equality.”

This mission of diversity and inclusion is evident in the special events that Toasted Walnut hosts. The bar has something going on every night of the week.

One such event is “Walnut Sunday,” hosted by Josh Schonewolf. Schonewolf hosts an event every week at the bar, with the theme changing every week – from sing-offs to plus-size burlesque shows.

“As soon as [Toasted Walnut] opened up, I think people were like, ‘Oh cool, the new lesbian bar is open,'” Schonewolf said. “But in fact, [Cohen] wants it to be for everybody. She wants it to be an all-inclusive place.”

Though Toasted Walnut successfully filled a void left when Sisters closed, the bar is not just a reincarnation of the former establishment.

Body image, or the way that one views his or her own body, is something that impacts people of all shapes, sizes, colors and sexualities. However, there are unique ways that individuals in the LGBTQ [Read More]

LGBTQIA: Gun Group Is Ready to Defend Themselves

Andrew Greene has only had to draw his gun once. It was 22 years ago when Greene, then 23-years-old, was followed by a group of men while walking to his car after leaving a bar [Read More]

Bearlesque is a body-positive, gender-inclusive burlesque performance group featuring people of all sexualities. The organization was created in 2014 by Josh Schonewolf and Connor Michalchuk as a one-off show for ‘bears,’ a slang term in [Read More]