People of Irish descent in Philadelphia have a history dating back to the pre-American Revolution era. According to the Global Philadelphia Association (GPA), Irish Americans make up the largest ethnic group in the Philadelphia area.

The 2000 U.S. Census lists the population of people of Irish descent in Philadelphia as more than 206,000. However, this number does not include the population of undocumented Irish immigrants living in and around the city.

Today, much of the Irish community in Philadelphia is doing what they can to support Philly’s status as a sanctuary city.

In solidarity and support of civil rights and to benefit the American Civil Liberties Association (ACLU), Irish musicians in cities across the U.S. as well as Dublin, Ireland played for Sanctuary Sessions: Trad Music for Civil Rights on March 5, 2017. Sanctuary Sessions: Philadelphia was held at Fergie’s Pub and attended by many, including Nicola Bell.

Bell, a South Philadelphia resident originally from Dublin, Ireland, works for the Irish Immigration Center in Upper Darby and attended the event as a representative of the organization. The center supports the wider Irish community as well as any undocumented immigrants in need of its legal services such as obtaining a passport or helping with the citizenship process.

Bell says that the Irish community and the Irish Immigration Center are quite involved in the issue of immigration currently facing the United States. 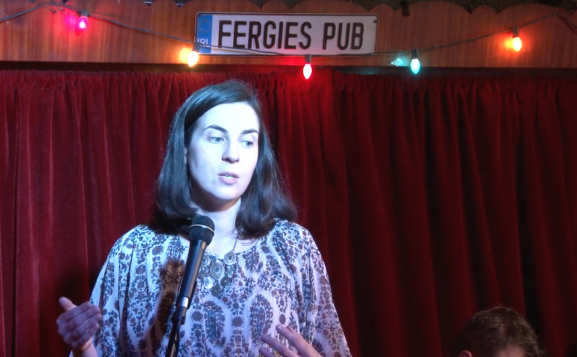 “I think Mayor Kenny has been fantastic in terms of trying to keep Philadelphia a sanctuary city,” Bell said. “[The immigrant community] is the absolute core, the heart of Philadelphia.”

Darin Kelly, co-organizer of Sanctuary Sessions: Philadelphia, decided to play a role because of his concern about the violation of civil rights that was presented by some of the current administration’s policies. 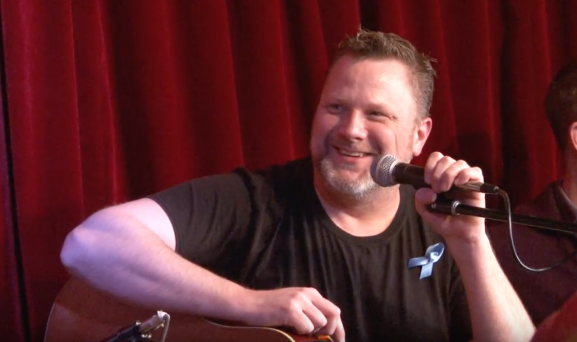 “The name Sanctuary Sessions is kind of a play on the idea of sanctuary cities,” Kelly explained. “Our Mayor Jim Kenny has been a very vocal and well-known supporter of the idea of a sanctuary city … Philadelphia is where the idea of civil rights was really born, so it makes sense that we remain central in this particular campaign.”

Kelly, along with much of the Irish community in Philadelphia, supports the work of the ACLU and is proud of the city’s designation as a sanctuary city.

“I feel like Philadelphia is really at the forefront of civil liberties and what they mean in this country,” Kelly said. “And I’m glad to be a part of this here today.”

Chris Bartlett considers himself an active part of the technical community–or the geek community– as he affectionately calls it. But Bartlett is also an active member of the LGBTQ community, serving as the executive director [continue reading…]

As Eugene Wilson fumbled with his latest energy bill and a wade of crumpled dollar bills at the front desk of United Communities of Southeast Philadelphia, he smiled and chatted cheerfully with the receptionist. “They [continue reading…]