The Powelton Village section of West Philadelphia is known for housing a unique blend of students, artists and activists but it is also home to a rich tapestry of religious organizations. One three-block stretch of Baring Street in the heart of the neighborhood, for example, is lined with four churches and a religious student center.

With an eye on the influence of faith in this section of the city, we canvass five churches that serve pivotal roles in supporting the Powelton Village community. 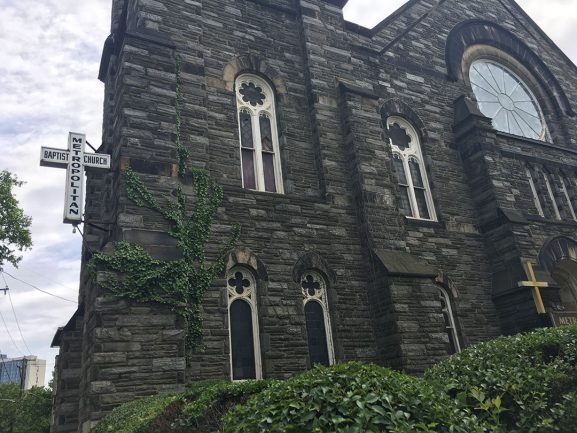 The Metropolitan Baptist Church is located at 3500 Baring St., along what is informally regarded as the religious row of the neighborhood. The Metro just celebrated its 85th anniversary in April.

The church supports after-school care for students from Samuel Powel Elementary School and Morton McMichael School and hosts a food and clothing drive for those in need in the community every Friday afternoon. As a service to a congregation comprised largely of commuters from all over the city and surrounding suburbs, the parish broadcasts each music-filled ministry on Sundays via Ustream. 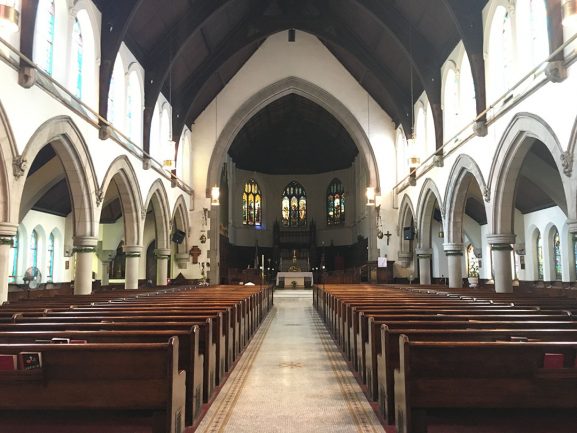 St. Andrew & Monica Episcopal Church is another staple of the Powelton community, as the cornerstone for the church at 3600 Baring St. was first laid in October of 1865. The current building was finished in 1883 and a 1965 merger between the parishes of St. Andrew and St. Monica empowered the church to become and remain  “one of the pillars” of the community.

Debora Brown first heard reverend Samuel Adu-Andoh speak at a funeral in 1996. She has been a parishioner at the church since 2000. Brown is part of an active congregation, as she is working with Adu-Andoh on a still-unnamed initiative in Mantua to help protect older homeowners navigate Drexel University’s interest in real estate in the area.

“They’ve been pushed out,” Brown said, “so we’re trying to keep their homes.”

Despite a large portion of the parishioners living in the suburbs rather than the immediate neighborhood, the church’s population is extremely hands-on within the community.

“We are connected in the things that we do,” Brown noted. “Our congregants are all commuting but when it comes to the work, they’re willing to come back here.” 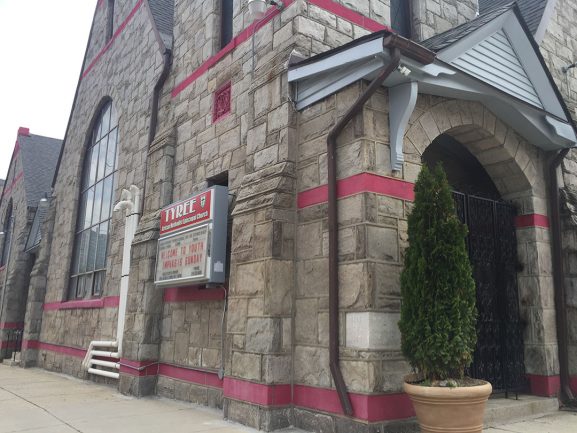 Tyree AME is yet another enduring institution in the area, as the roots of the church date back to April of 1913 at their original location at 3832 Haverford Ave. The parish moved to its current spot on the corner of 38th and Hamilton in 1941.

Tyree AME proved progressive well before its time, employing a woman as lead pastor back in 1951. The church is currently led by Rev. Dr. Esther Seales, who just finished a long career working for the Department of Defense. The church works closely with local homeless shelters and provides invaluable support to the St. Ignatius Nursing Home. 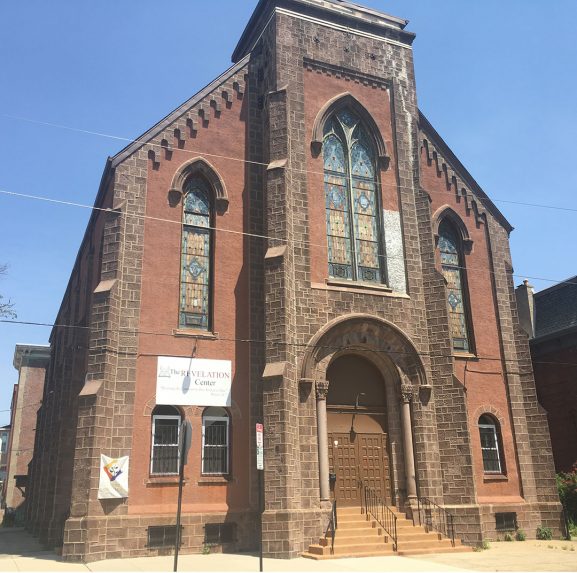 The hip, non-denominational parish of the Powelton church cluster is led by Pastor Emile Stanton. If you enjoy passionate, entertaining, and endearing sermons rife with music and engaging tangents about hot dogs and beans, get over to the Revelation Center at 3727 Baring St. on Sunday mornings.

Stanton, along with Deacon Lymon and a fervent congregation, work closely with the Department of Human Services to help parents and children in the city’s system to reconnect.

It is “a place where the hurt, the abused, discouraged, can come to be healed, nurtured and restored through the word of God,” according to church deacon Lynn Lymon.

In instances when the neighborhood children would have to be bussed to Frankford, and parents have little to no money for travel expenses, the center regularly becomes a space where families can easily reunite and rebuild.

The Revelation Center serves as a “safe haven for people to stay within the vicinity,” said Deacon Lymon. 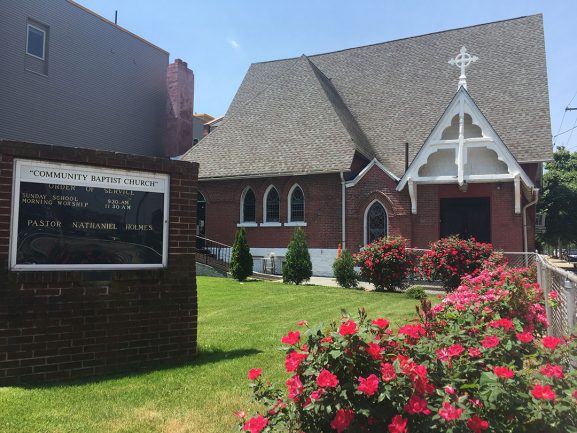 Community Baptist is found on North 40th street, on the other side of Lancaster Avenue from the row of churches on Baring. As a savvy way to reach some of their homebound worshippers, the church broadcasts portions of Sunday’s sermon on Facebook Live. The church will host a Women’s Day in June with a theme of empowerment and a “vision for victory” spearheaded by a trio of women pastors.

-Text and images by Megan Dorantes and Jim McCormick.