Larry Freedman has been living in Northern Liberties since 1986. Back then, there was barely even a store to buy a quart of milk. Today, many properties are worth more than one million dollars.

As the zoning chairman for the Northern Liberties Neighborhood Association, Freedman has been an integral member of the community for quite some time. He fell into the role by chance and has yet to lose his passion for the neighborhood. Freedman runs the monthly meetings at the Northern Liberties Community Center and does not plan on giving up his position any time soon. 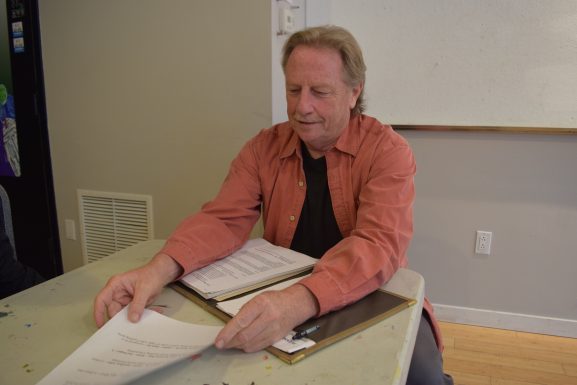 How did you get involved in Northern Liberties Neighborhood Association?

I moved into the neighborhood with my wife in 1986, on 2nd Street, and there was nothing going on here. There wasn’t really a neighborhood. I was here for about six or seven months and I had met people. Someone from the neighborhood office said, “We’re re-starting the zoning committee. Are you interested?”

I didn’t even know what zoning was, but I said I’d do it. I guess a few years later, I ran for the board. I’m a project guy and I’m good at running things. I even helped develop this community center.

Would exactly does your job entail?

I run the meeting, I look at the agenda and I call on people to ask questions. I talk to people throughout the month who say they need to get on the agenda. I’m sort of that go-to guy. I talk to attorneys, I respond after meetings and communicate with the board often. I have to stay quiet during most meetings though. I can’t be biased.

What is the most rewarding part of your position?

Then, when I got to be the chair, that created a whole new rewarding part for me. I take pride in having people in a room and they’re all a little nervous but they know that there’s a process that makes sense and they’ll be able to speak without being interrupted. I get people to listen to each other. So, what I take pride in is having meetings that make sense, where people can say even though I didn’t get what I wanted, the process was still fair. 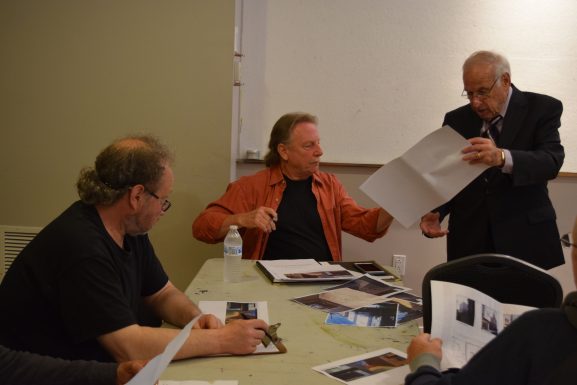 How does your position on the zoning committee influence your opinion on the change in the neighborhood?

First, nobody has control over development. It’s an organic thing that just happened.

I would say what we’ve done is by not letting horrible things happen, like the people over the years who want to put in nightclubs and pretend like they want to do good but they’re not, so we sniff them out.

We’ve created music festivals and made a safer neighborhood. We’ve created a place that people like and when people like stuff, the prices go up. Some people love it and some people hate it. They’ll say, “Oh, I liked the way it was in 1987.” It was a ghost town. There were no restaurants. There was nothing. It wasn’t even a neighborhood.

What does being a part of the NLNA mean to you?

What’s interesting about it is that people over the years always have a ton of complaints about the board.

I would always say at board meetings while I was on it, let’s end the board tonight. And within two months, you’d all be dying for there to be a board because you can’t operate without people wanting things and doing things.

I think it means being a part of a group of people who are trying to give back to your little world. One way to do it is do something in your neighborhood. It doesn’t matter where you are if you help twenty, thirty people. At the end of the day, you want where you exist to be cleaner, safer and more fun. You want to be able to see people and stay out without being fearful. It’s natural human instinct and the way to do that is to take part in your neighborhood.

-Text and images by Morgan Green and Alexa Ross

It all started because there were too many garages in Queen Village. According to the co-chair of the Queen Village Neighbors Association zoning committee, Michael Hauptman, it was around 2006 or 2007 when the neighborhood started […]

Like other parts of the city, Northern Liberties’ housing market has rapidly expanded in recent years. It seems as if every other street is restricted by orange construction barricades. By the time the seasons change, […]