North Fifth Street has been busy with small business, shoppers and community activists for years. The small businesses on the street have a waterfall effect that has nourished the neighborhoods it runs through.

According to one store owner along the strip, a main concern is safety – providing a safe environment would allow for more shoppers and later store hours.

The corridor spans through neighborhoods like Olney, which have had some of the highest rates of homicide and shooting victims out of the 22 districts in Philadelphia in 2015, according to the 35th District Philadelphia Police Department’s statistics.

But, community members seem to be tackling the issue head on. Small business owners have joined hands with community organizations, who have joined hands with police officers, and religious leaders, and millennials looking to revitalize the neighborhoods. Together, they have put safety precautions in place to ensure that North Fifth stays vital and growing. 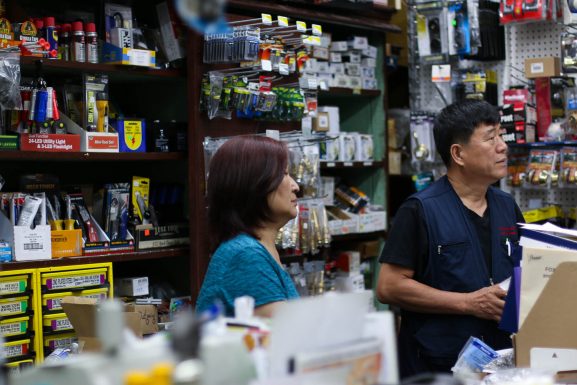 One community activist and owner of Fern Rock Hardware store (pictured above), Justin Lee, has been involved with The North Fifth Street Revitalization Project, which has been working with the police and business owners installing video cameras inside the stores (pictured below), hoping to make it a safer and more diverse place of business and living. 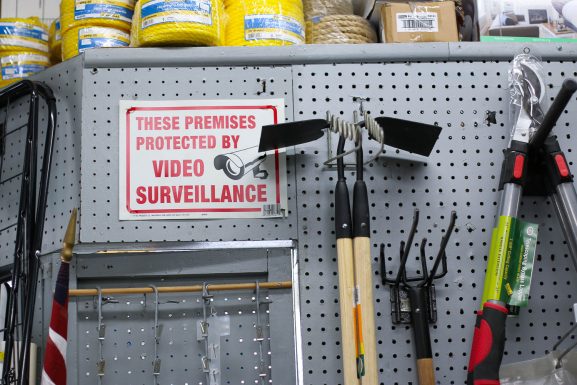 Other business owners and organizations have sought to provide jobs to the communities, to young people, and to clean up the streets.

“We have heard from the businesses on that corridor that there has been a significant improvement along the strip over that time,” Phillip Dawson, executive director of Esperanza Housing and Economic Development, said.