From a rural area in Manchester Parish, Jamaica to the bustling hustle of Lancaster Avenue in West Philadelphia, the Williams family is well known for making authentic and savory Jamaican cuisine.

“We were the family back in Jamaica that would host all of the big block parties and cookouts for all of the neighbors,” said Tanieica Williams, general manager and a member of the family that owns Quality Taste Jamaican Restaurant. 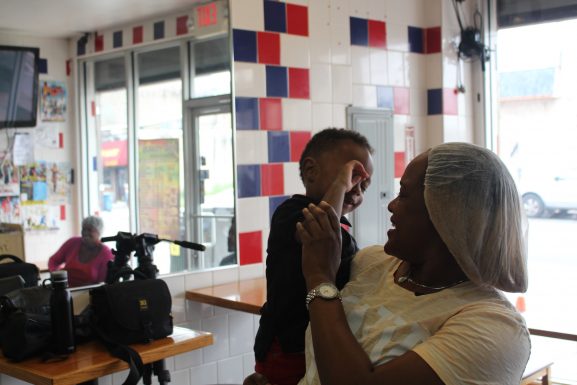 “We brought that tradition to Philadelphia but in the form of a business,” Williams said. “This is our first business, first restaurant, our first time doing everything. So far, it’s been great.”

The country’s cuisine embodies the rich mix of cultural influences the island claims, as hints of Spanish, Indian, African, British and Chinese flavors and techniques combine to form a complementary cornucopia of ingredients and flavor profiles. For example, crops usually indigenous to Southeast Asia can be found in Jamaica, so don’t be surprised when you find bok choy on the menu at Quality Taste.

The family has been in the states for more than a decade and have been operating the restaurant since January of 2014, which is located at 4002 Lancaster Ave. in the Belmont section of the city. The Williams’ strong culinary reputation among friends and neighbors now extends to customers in West Philly.

Locals like Roland Clarke, who lives in Mantua, are drawn to the hearty portions and exotic flavors.

“It’s not easy to find good Jamaican food in the city,” said Clarke, shortly after ordering a jerk chicken platter. “My mother is Jamaican and I grew up eating many of those traditional dishes and stews. This place reminds me of some of those flavors and smells from her kitchen. 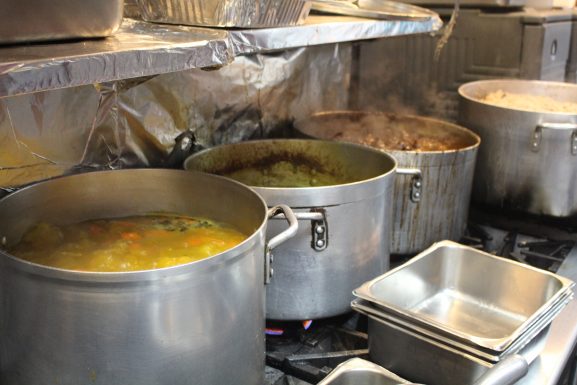 As Williams mentioned, Jamaican food spots in Philly often trend towards Americanized version of the dishes.

Yet at Quality Taste, the novel fusion of methods and spices found in the fare waft from the kitchen as soon as you enter the small storefront. The smell of oxtail stew and curry chicken compete for prominence, while the walls are lined with flyers for local reggae concerts and dancehall events.

“We realized there was a need for more diversity with the food options in this neighborhood,” said Williams. “We have enjoyed being supported as a black-owned family business. It hasn’t always been an easy process, but we’re proud of our reputation in the neighborhood for good and honest food.”

-Text, video and images by Jim McCormick and Megan Dorantes.

Clouds of thick, scented smoke emanated from the grill outside of Jamaican D’s as jerk chicken cooked along the sidewalk. The small eatery is nestled between the shops along Chelten Avenue by Wister Street. Owner [continue reading…]

Mantua is seeing more and more Drexel and Penn students move into the neighborhood than ever. With college students starting to pack the West Philadelphia neighborhood, that usually means an increased number of college parties. College parties [continue reading…]

Lancaster Mews, a row of apartments and businesses on the 3600 block of Lancaster Avenue will keep its 19th century architecture after a city commission ruled on its importance. Last month, sites around the city were [continue reading…]