When Northeast Catholic High School shuttered in 2010, many of its alums were understandably upset. Ask any of the graying men in their signature red caps and sweaters you might see around Northeast Philly, warming bar stools and diner booth seats: Their old haunt, the hallways and classrooms where they became men, was no more.

But it was a long time coming, according to Leonard Knobbs, the Northeast Catholic Alumni Association’s executive secretary-treasurer, and an alumnus of the school’s class of 1953. 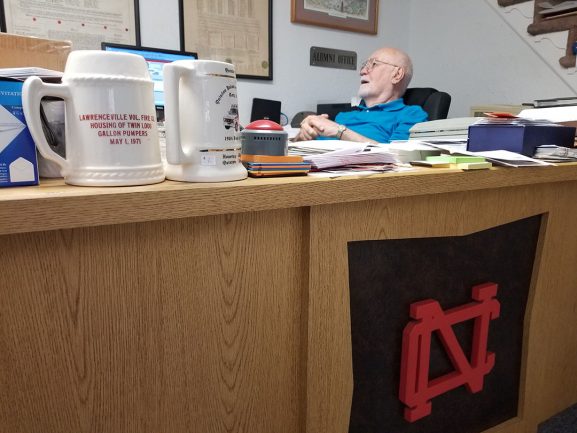 “In ‘92, the first time the archdiocese said they were going to close North Catholic, we created a fund called the Save Northeast Catholic Fund,” Knobbs said. In addition, those with the Alumni Association “took all of the scholarship funds and devoted it purely to helping kids pay their tuition to attend North Catholic. Save North Catholic paid the deficits.”

Though the fraternal spirit of the all-boys school is still alive and well, padding their paltry enrollment numbers became a Herculean task, according to Knobbs.

“It was tough trying to get kids to go to North Catholic,” Knobbs said. “It became tougher in 2001 because the neighborhoods were changing. I tried to tell the order of priests, the Oblates, that it was gonna hurt. They moved out of the faculty house, they consolidated. And they had a point because they were getting smaller. They consolidated at [Father] Judge [High School].” 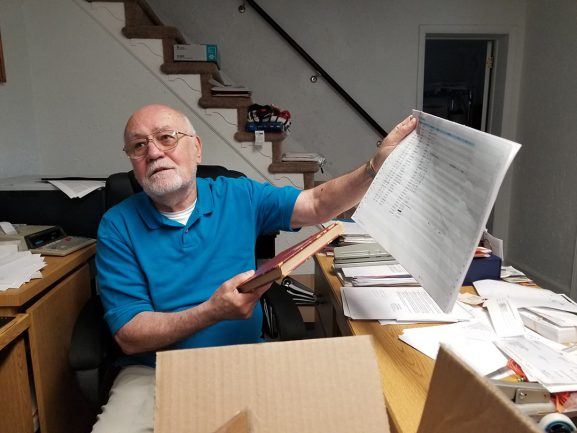 At some point in those years of dwindling class sizes, Knobbs realized that trying to appeal to the kids of graduates, who were raising families in all parts of the city and surrounding suburbs, was no longer a tough nut to crack but a lost cause.

“’Send your kids to North!’” their plea went, according to Knobbs. “’Keep the tradition alive!’ It just didn’t happen. They were worried about the neighborhood. And the priests must have saw something and left. And the enrollment kept going down and the diocese, in their infinite wisdom, decided to bail out.”

Without a physical location to bind their shared love, alumni have kept North Catholic alive, even as merely a time capsule, something to reminisce over.

When asked how the school’s community – now scattered around the city and the world – has maintained such a healthy sense of school spirit, class of ’97 alumnus Brett McCabe’s response was prompt.

“Because it was better than whatever high school you went to,” McCabe said. “And the camaraderie, it was like a family … especially now, you know ten, twenty years later, when we were in school, since everyone was kind of bonded together by that school. It didn’t matter whether I loved you or hated you, if you were a Norther I’d have your back against somebody from… It was like you were on my team.”

Even if the person is a total stranger, McCabe said seeing a stranger in North Catholic gear always sparks a nostalgic moment.

“It’s like a fraternity almost,” McCabe said. “No matter who you are or what year you came from, you’re always accepted as part of the wolf pack.”

Block captains are people who take it upon themselves to make sure that their neighborhood maintains a level of order and cleanliness. Many things are easy to overlook, from a piece of litter on the [Read More]

Saturday marked a continuation of a developing initiative, occurring all throughout the United States, of promoting healthier lifestyles. Residents of Northeast Philadelphia were invited to the inaugural Healthy Trails 5K run/walk in the Tookany/Tacony Creek Park to [Read More]

Efrain Diaz had a bad addiction, a heroin addiction. “I lost my family. I lost my wife,” said the 58-year-old. Yet for the past 30 years, Diaz has been helping people overcome their addictions. This [Read More]