Whether you are looking for vinyl records, musical instruments of all kinds or even lessons, BridgeSet Sound, located at 710 South St., is the place to go. 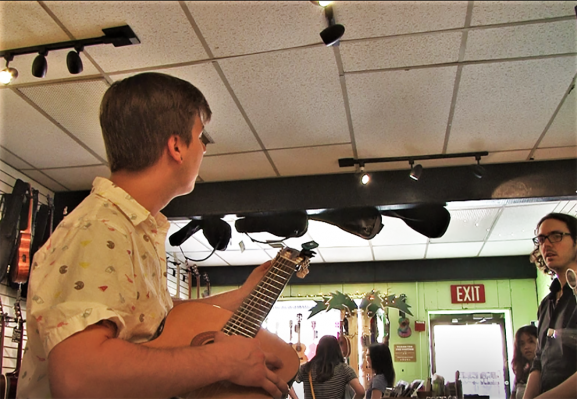 Steven Harner (left, above) and his wife Thao wanted to create a music shop that they personally would have liked to go to. While some places may only offer records, and others solely specialize in musical instruments, the two wanted to make their store all inclusive.

“If we could create a space where people could learn, people can explore instruments, check things out, that would be a little more accessible than your traditional music store,” said Harner. “That’s where we wanted to go. So if we wanted to go there, maybe other people would like to as well.” 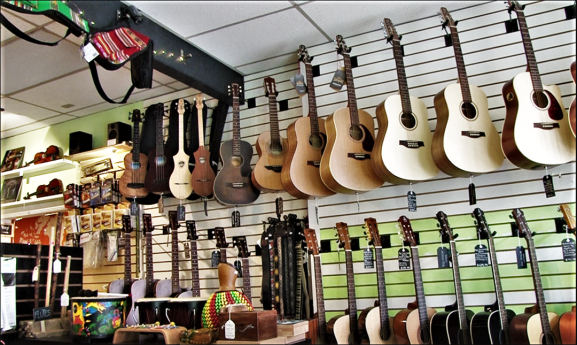 “For the most part, I see a lot of diversity,” said Matthew White (below), the store’s general manager. “We have the vinyl, the guitars, the ukuleles, we do lessons here and all that stuff. We try to keep it diverse.”

White, a musician himself, is also a teacher at the shop, giving guitar, didgeridoo and vocals lessons to those looking to get started as a musician. He even credits BridgeSet with honing his own skills.

“A lot of my training came from people who’ve worked here,” said White. “So I learned a lot from them and circulated it out.” 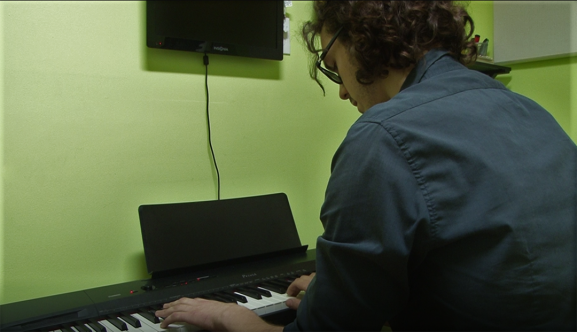 “I’ve been to a lot of different stores throughout the city,” says Christopher Lynch,” but none even comes close to BridgeSet. The atmosphere is really laid back and welcoming, allowing a novice, such as myself, to not be as intimidated.”

Lynch, a 24-year old native of Southwest Philadelphia, discovered the shop last year while looking for new stores to check out on South Street. He has come back multiple times since. He enjoys the variety of items that the store offers and he plans to eventually take lessons at the store himself.

“Anybody that I know, who plays an instrument, I’ve told to go to BridgeSet,” said Lynch. “Anything you need, chances are it’s available there.”

Even Harner, the shop owner, has been a student there. He has taken guitar and piano lessons, and is currently in the midst taking vocal lessons as well.

“Where would we could go to learn?” said Harner. “We’re actively taking lessons here ourselves.”

Lady Gaga and Lil Wayne are not the first recording artists someone would see walking into Tequila Sunrise Records on Sixth and Girard. That’s how owner and sole employee Anthony  Vodges said he wants it. The music [continue reading…]