Michael Lee is the executive director of the nonprofit organization Philadelphia Lawyers for Social Equity. Born and raised in Philadelphia, Lee graduated from Central High School and was a part of the inaugural class of Drexel University’s Thomas R. Kline School of Law in 2009. Following his graduation from law school he began practicing as a criminal defense attorney and assists low-income residents who have had contact with the justice system.

What made you feel that this organization was necessary in the community?

After graduating law school, I felt it was important to give back to my community as much as I can. My father is an attorney. My mother is a public school teacher. So, I’ve always felt a drive to help my community learn and grow.

When I graduated law school, I was talking to some friends, family and neighbors about what is it that lawyers aren’t doing that we should be doing, and addressing criminal records was one of things talked about the most. 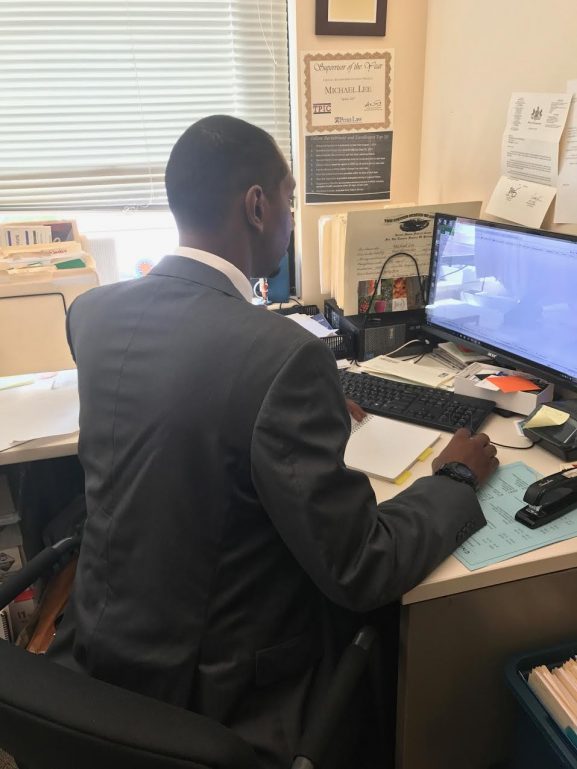 How did you get started?

What negatively stood out to you with the Philadelphia justice system?

I started doing criminal defense and it really made me uncomfortable to see how the criminal justice system was treating victims, accused persons and professional staff. It was very disheartening that so many people that looked like me were going through a system with lifetime repercussions, not understanding many of the steps of the processes.

So I felt it was very important to find a way to disrupt the system as much as possible. This is why our organization focuses on the creation, dissimulation and destruction of criminal records and not just expungements.

Did you deal with any backlash in creating and activating your organization?

I think we deal with constant backlash. Part of it is as a young African American man, my professionalism is always questioned and challenged, even from people I’m trying to help. I get the, “Are you a lawyer?” I get it when I first go to court. They would say things like, “Oh, as soon as your lawyer gets here we can address your matter.”

So it was just some structural racism and ageism I had to overcome. More importantly, part of our organization’s mission is to change our criminal justice system, so we started filing our expungements in bulk, 150, 200 petitions at one time. The same way Dr. King decided to overwhelm a criminal justice system to bring about change, we decided instead of sitting at a counter we were going to flood a court with data and people demanding that their rights be heard and addressed.

The court wasn’t too happy with that when we began. They had resistance of having so many petitions at once and after three weeks of the petitions not being processed, I called the court explaining my clients concern. About 20 minutes later they explained that they would start the process of the petitions and set court dates so that all of my clients could go to court together.

Did you have a slow start in grabbing the interest of clients who lack motivation or knowledge on the subject matter?

Yes. When we began it was very difficult to attract people to the relief we were trying to provide. First there was misinformation of what can and can not be expunged.

The common idea out here is, “I’m a felon, you can’t help me and nobody can.” That wasn’t true in law but in reality it was. Part of why we started is because the few places that were providing the free legal services of expungement weren’t excepting those who had felony convictions or weren’t excepting people who were on active supervision.

So their belief had an active truth to it, even though that’s not what the law said. So just overcoming the barrier of distrust and rejection was difficult to do for our organization. 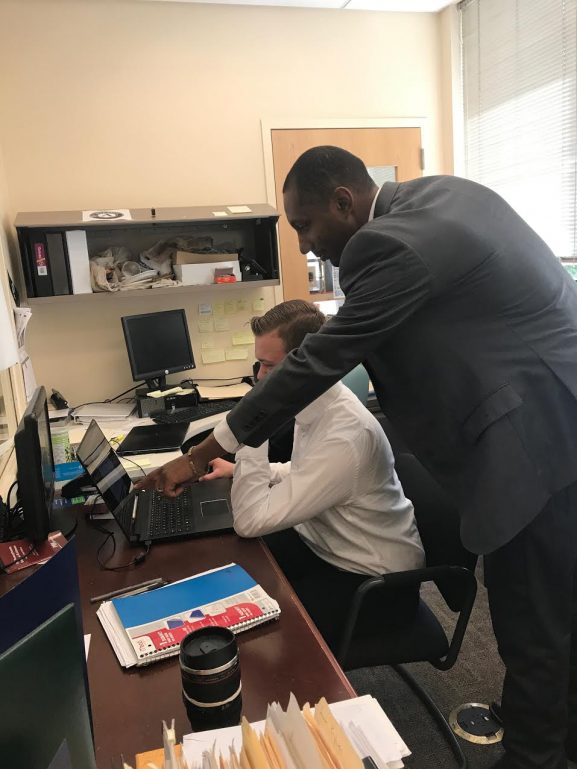 What is the demographic of clients you work with?

Most of the clients we see come to our general clinics are typically people in their 40s and late 30s. They tend to be people who haven’t had contact with the criminal justice system for some time, about five years or more. They’re people who have all the other stabilities in life but for things that are denied because of a past arrest or conviction.

These are parents or sometimes grandparents who are seeking employment where they could’ve been gainfully employed for many years, until the recession of the 2008/2009, and have been struggling ever since because of background checks and this idea that you can assess risk and assign character to someone based off of contact with the criminal justice system, which I think is a false connection.

Most of the people we see have graduated high school. At the very least, they’ve held employment before and they know the joys and challenges of being self-sufficient and just have the desire to get back to where they were.

We see a surprisingly high number of senior citizens, which are my more emotional cases. We have people in their late 60s and 70s being denied assisted living homes because of convictions that happened in the ’70s, ’80s and early ’90s.

It doesn’t make sense that you would deny one of the most fundamental aspects of our society, which is the right to fair housing and assisted living at an elderly age, because you have a conviction that’s 35 years old or some other type of criminal contact that has no correlation with the last 40 years of your life. I just don’t understand why we overvalue criminal information in this way.

Do you ever get an interest from the younger demographic?

We do work with younger generations, but they tend to come to us through our community partners like the City of Philadelphia through the RISE office and PowerCorps Philadelphia, which is a workforce development agency.

The younger clients we serve tend to have more recent convictions and sometimes their only adult arrest is the case they’re currently on supervision for. This creates its own challenge in trying to destroy those records.

-Text and images by Ramona Roberts.

How Fairmount Park Conservancy and Farm Philly are working with the city’s Parks and Recreation department to program and maintain Philadelphia’s green spaces. […]

This City of Brotherly Love is known for cheesesteaks, murals, arts and of course Rocky Balboa. Philadelphia is applauded for its vibrant culture, yet the city is ridiculed for its sometimes trashy appearance in places. Many […]