While Abdul Lateef was incarcerated, he spent most of his time reading.

At first, spy novels were his favorite. Then, he moved on to heavier material, like biographies of civil rights leaders and accounts of historical revolutions.

“If I didn’t have access to literature, then the culture that permeates the prison environment could have easily been what formed my character,” Lateef who is now a fellow at The Reentry Think Tank, said. “But because I had access…to literature, to reading, to education, that wasn’t my fate and I was able to transcend beyond what is the norm.”

For Lateef, education has been central to his life, both during his incarceration of about 30 years, and now as a criminal justice reform advocate.

He said education is essential for people to obtain jobs and housing, and ultimately, to succeed in re-entry.

In correctional facilities nationwide, more than half of incarcerated people have not finished high school. And in local jails, 69 percent of the population does not have a high school diploma, according to a report from the Alliance for Excellent Education.

Several nonprofit and governmental organizations in Philadelphia are currently working to help re-entering citizens find this success by providing educational offerings — both to those who are incarcerated and to those in re-entry.

The nonprofit brings volunteers, often from local colleges and universities, into correctional facilities to tutor students in subjects like math, reading and writing. Petey Greene tutors often work with students in pre-GED or GED programs.

Emma Sindelar, the Philadelphia regional manager of The Petey Greene Program, said getting an education can lead to better job prospects for people who are incarcerated upon re-entry. Education can also boost confidence and lead to new outlooks on life for incarcerated students.

“I think there’s something about education that gives us empowerment and kind of an entitlement to get what we deserve, and that’s not something that our students may have had before,” Sindelar said.

Anthony Henderson, who has volunteered with The Petey Greene Program for the past two years, tutors in a financial literacy class. He said financial literacy skills can help people succeed upon re-entry by teaching them how to budget and manage their money.

“Just because individuals are in prison doesn’t mean we shouldn’t be providing them with the materials to better themselves in the long term,” Henderson said. “If they’re better off then society as a whole is better off.”

Once people leave prison, they may need to finish working toward their GED or learn practical life skills.

For Ulicia Lawrence-Oladeinde, director of the Pan-African Studies Community Education Program at Temple University, both academic and skills-based education are essential.

She said PASCEP students have no choice but to walk and chew gum at the same time because multitasking is just part of life.

“They don’t have the pleasure of being able to separate education from everyday life,” Lawrence-Oladeinde said, adding that many students have to work at regular jobs while pursuing their GED or other forms of education. 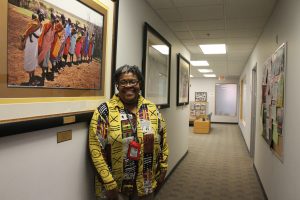 “It’s not just saying, ‘OK, well, you have to work on education on this side or you have to work on workforce development,’” she said. “It’s really looking at it holistically to see what they need and then trying to really help them understand you can work on these things together.”

At PASCEP, which is located in the Entertainment and Community Education Center at 1509 Cecil B. Moore Avenue, students can take classes or attend workshops to learn skills that will help them succeed in their everyday lives. Lawrence-Oladeinde said some important topics are financial and health literacy.

For people who still need to work on earning their GED, or high school equivalency, they can go to Temple’s Center For Social Policy & Community Development, Lawrence-Oladeinde said.

PASCEP, which sits on the employment and education committees of The Philadelphia Reentry Coalition, helps students build on the momentum of their academic learning to offer job readiness skills.

Jeff Abramowitz, president of the National Workforce Opportunity Network — which helps those with criminal records find employment — leads a workshop at PASCEP every Tuesday morning from 9 a.m. to noon. 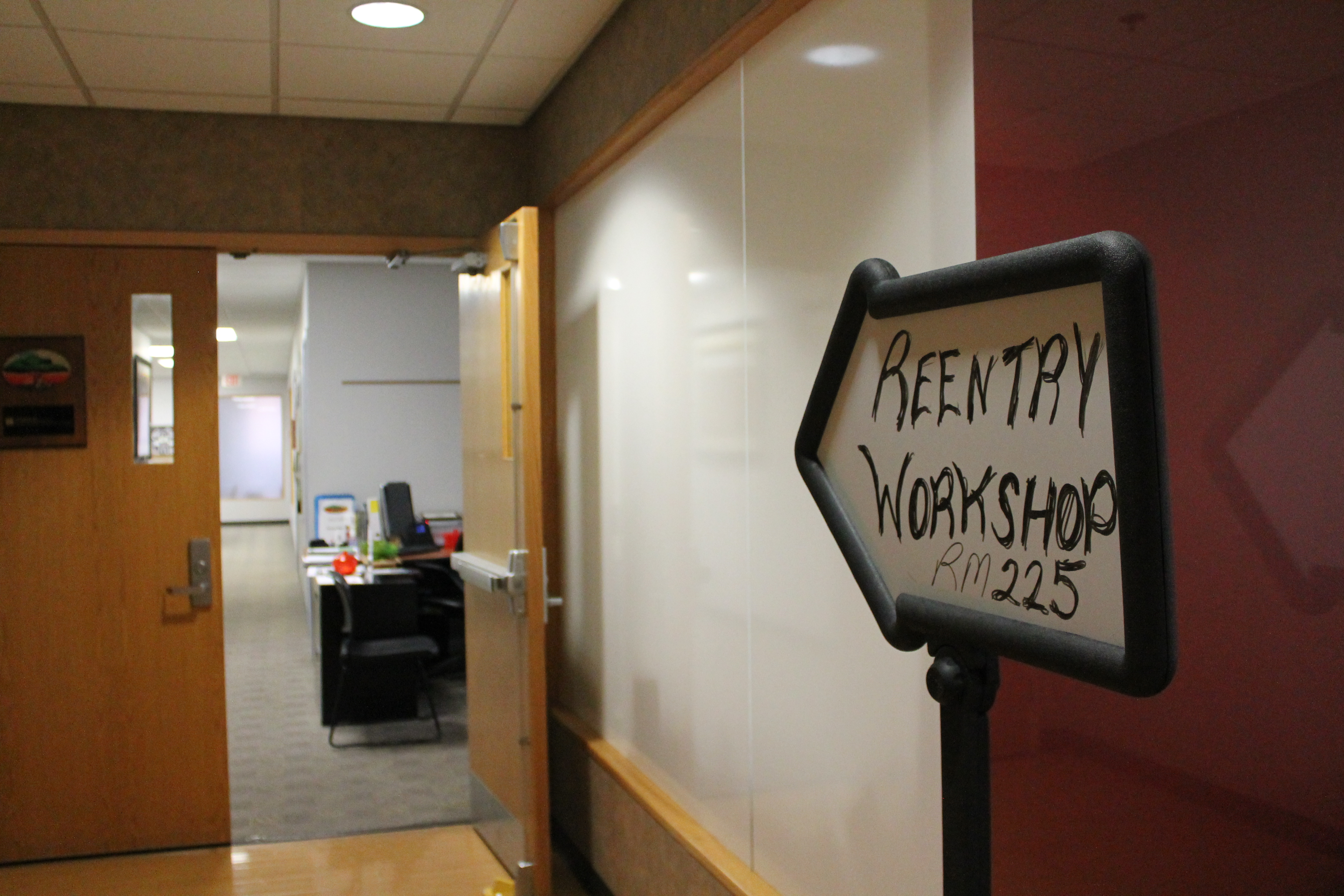 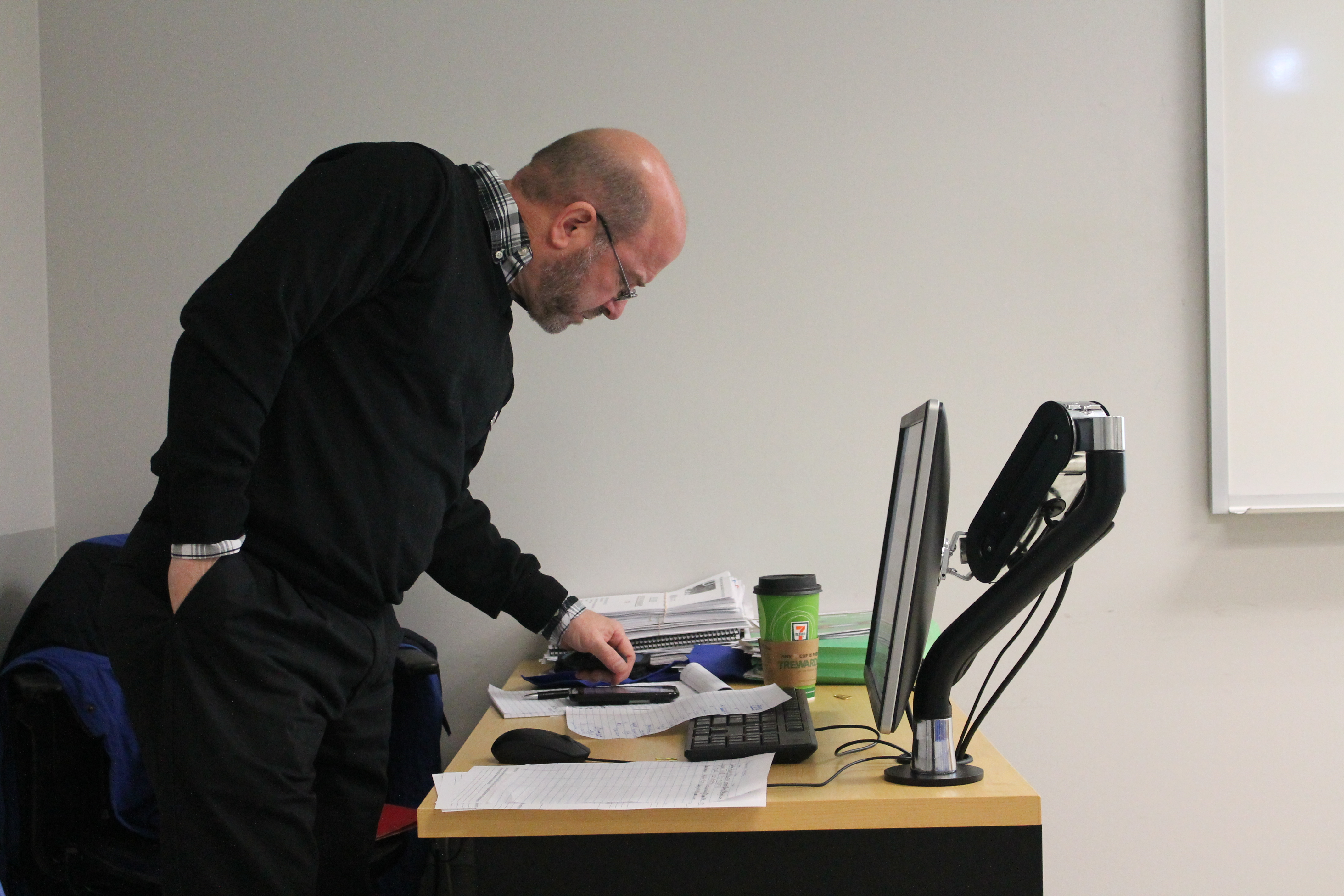 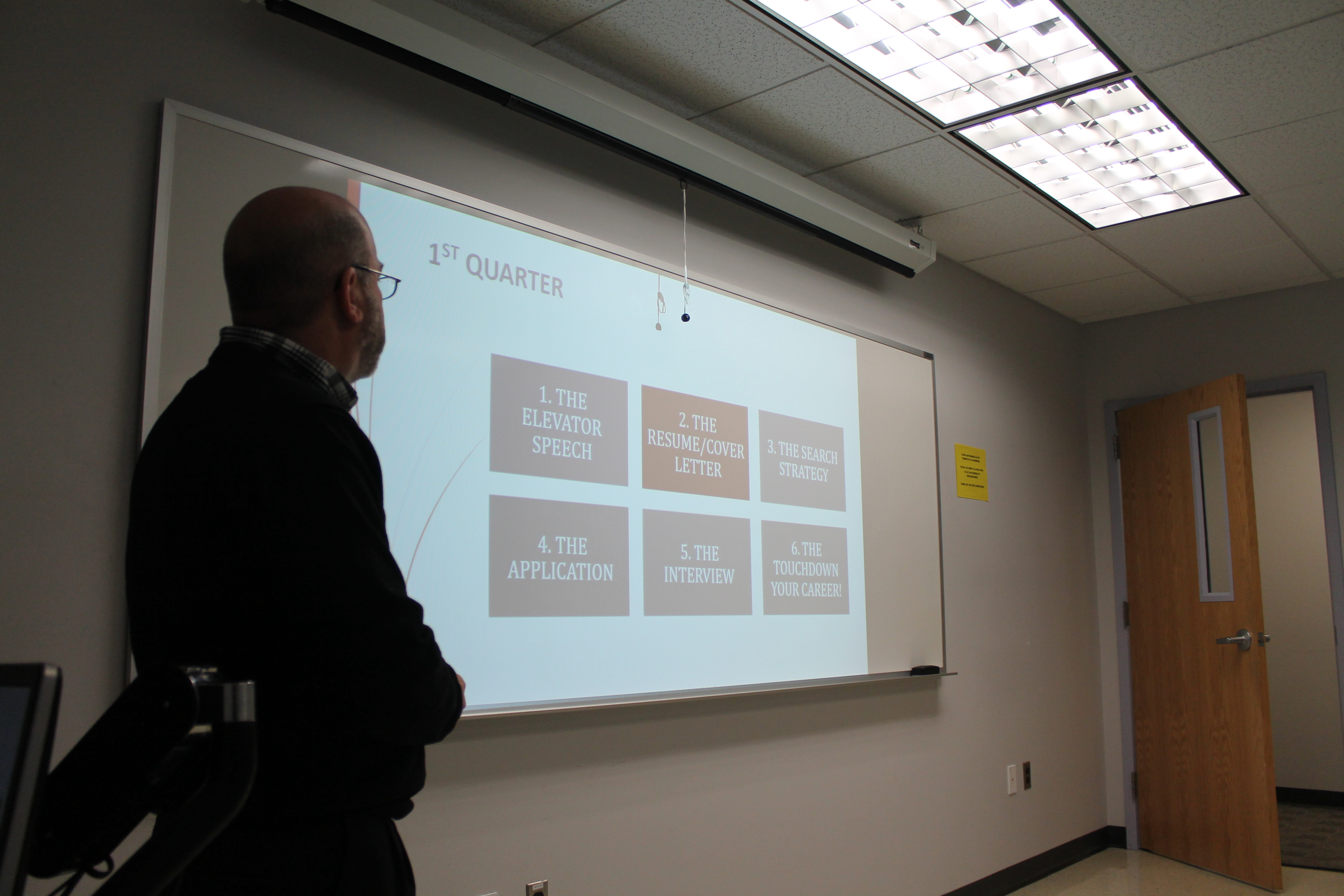 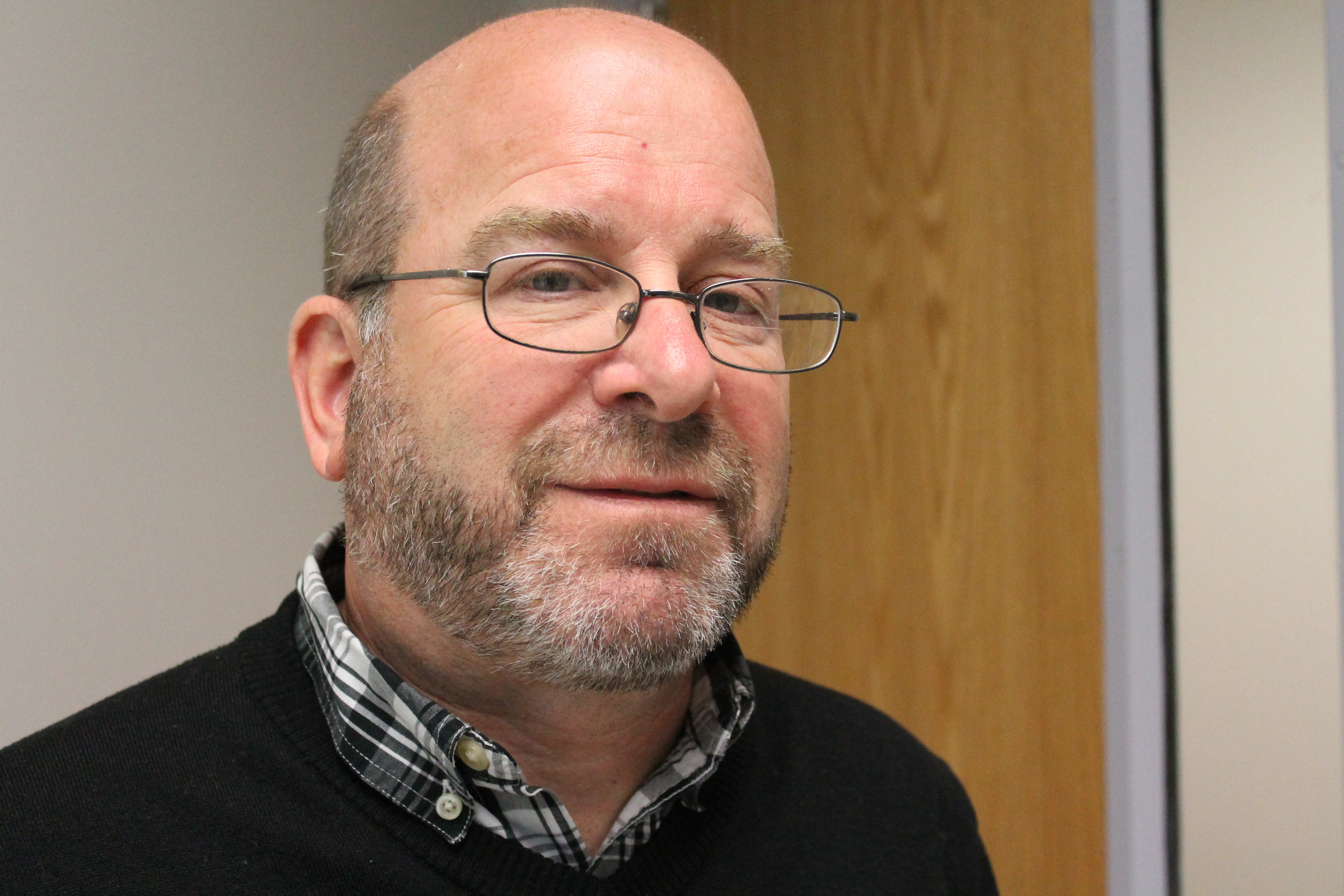 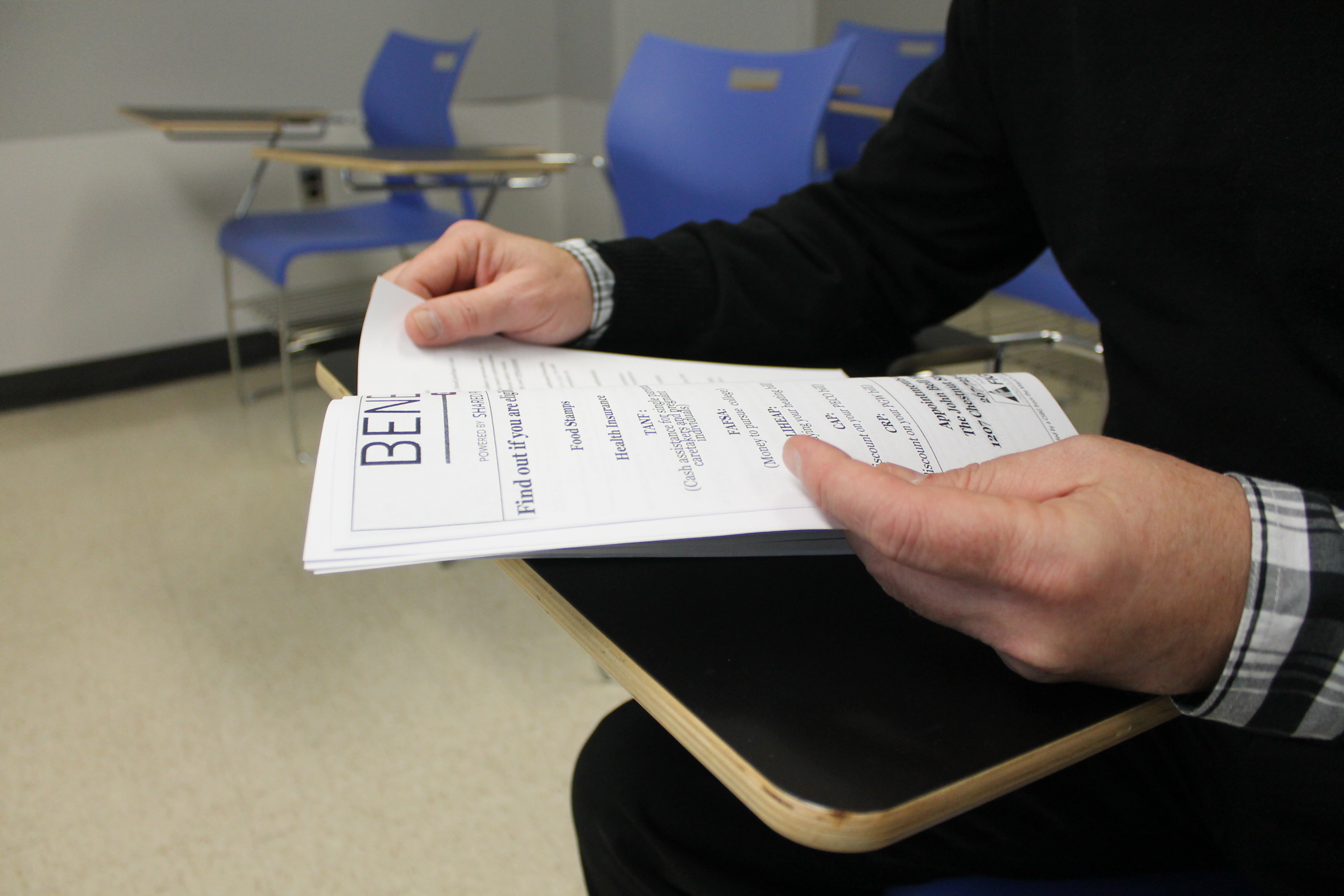 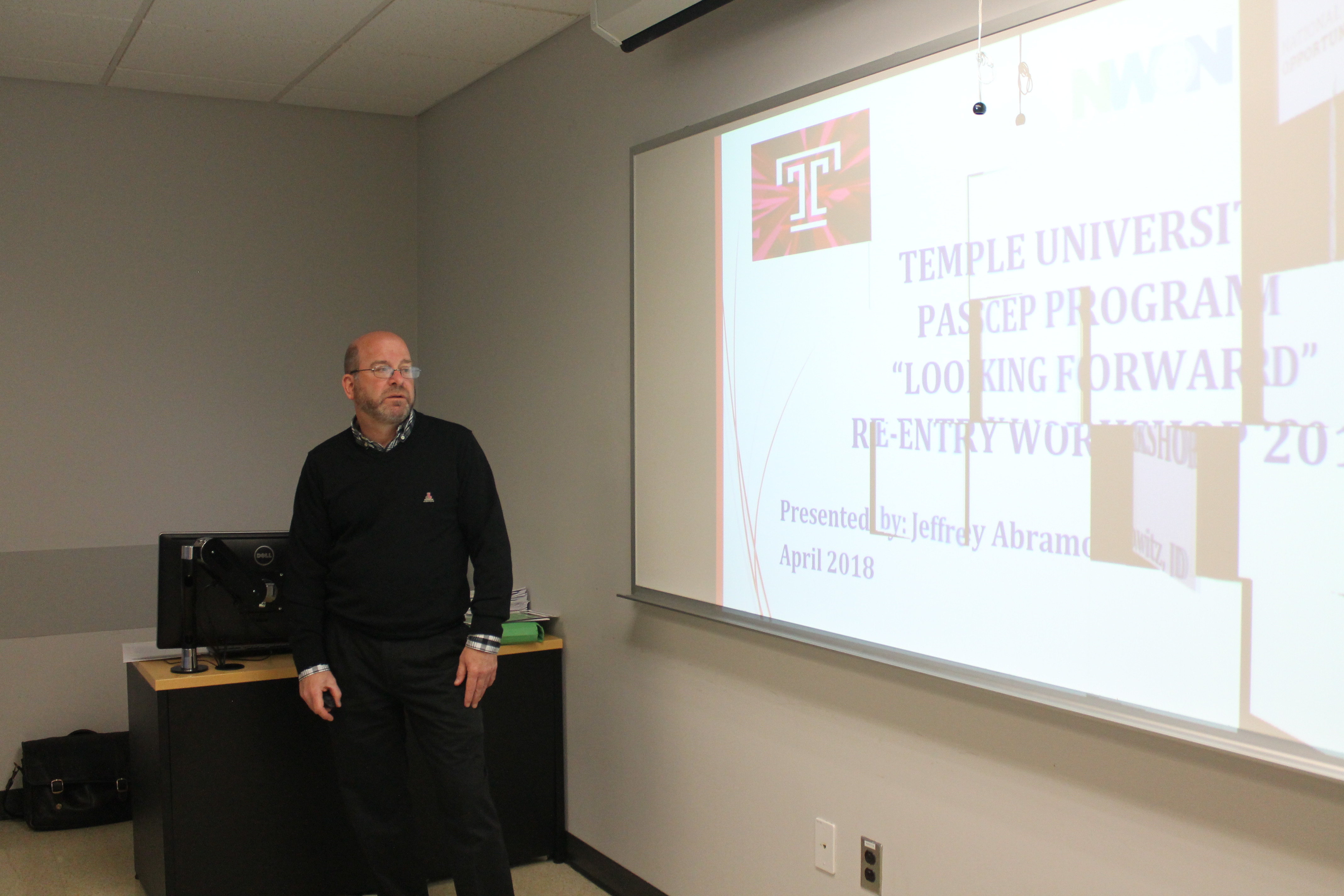 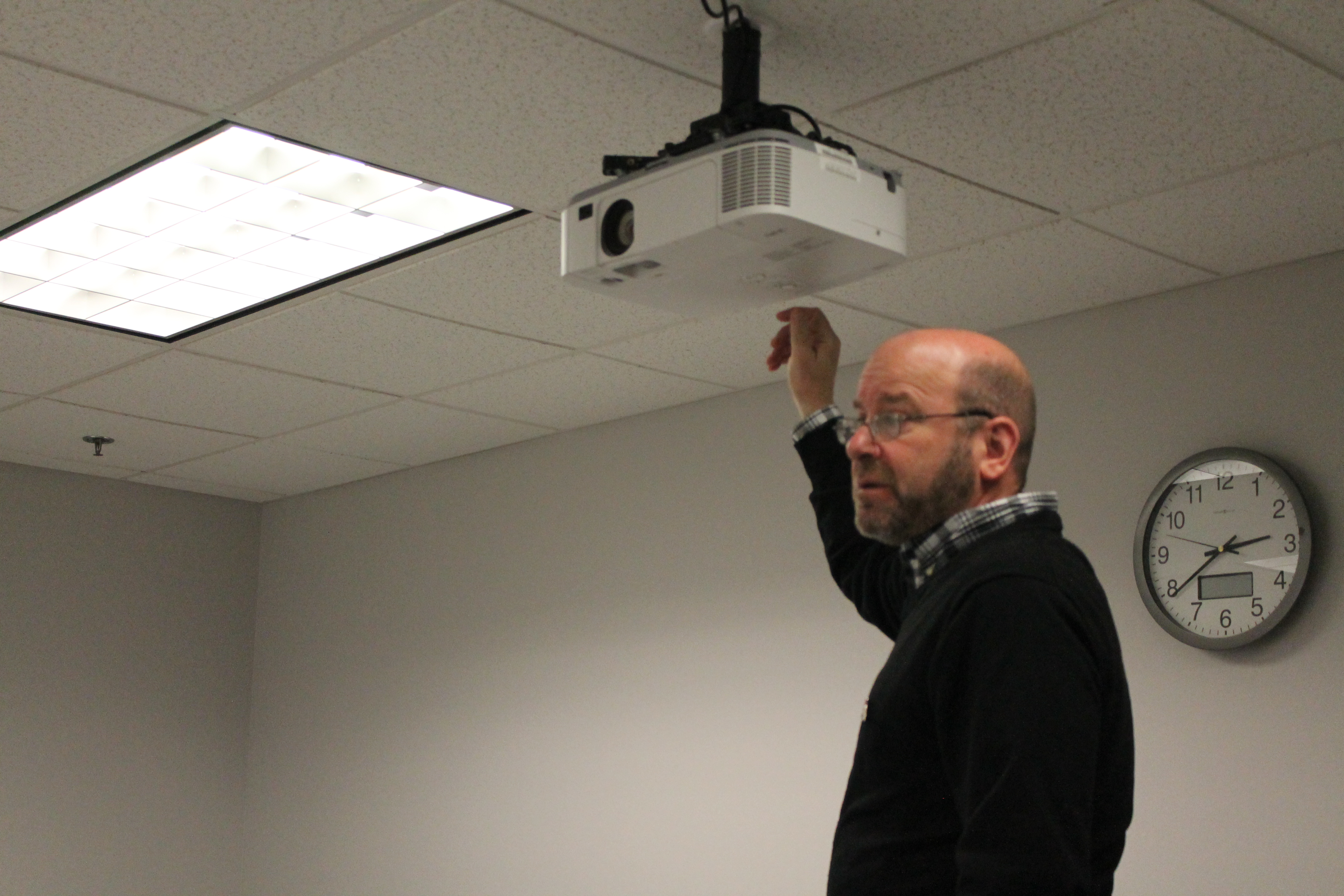 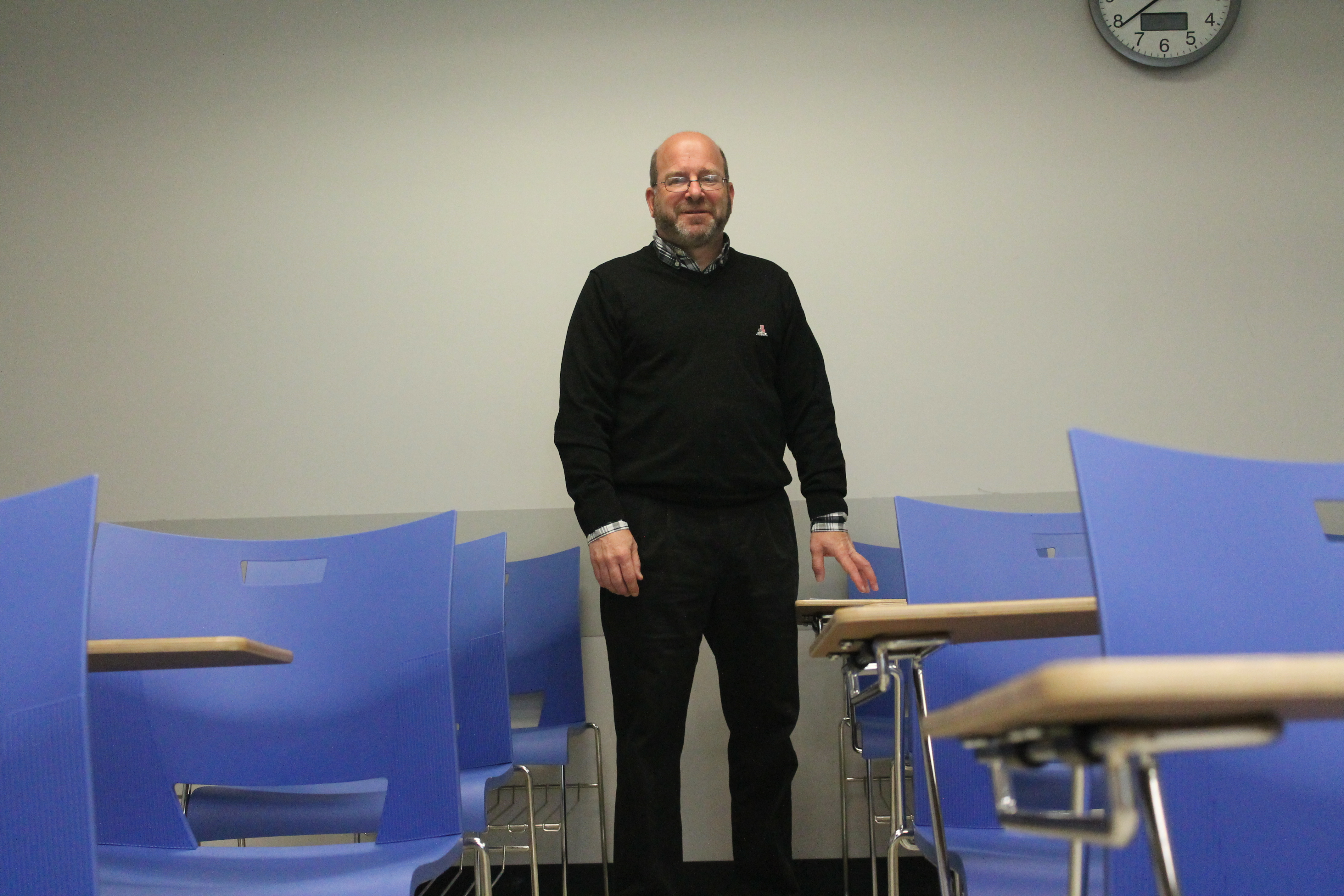 The workshop allows formerly incarcerated people to ask Abramowitz questions about how to find resources and employment.

“I think the workshop that I give is just a triage,”Abramowitz said. “It’s just to…help people start thinking about what they need to do to reintegrate into society successfully.”

“The workshop itself is just a conduit to try and get them into a great program,” Abramowitz said.

Lawrence-Oladeinde also offers education counseling to build a plan of action with PASCEP students, so they can set individualized goals and work to meet them, whether at PASCEP or through another city program.

“The coaching is I’m willing to listen to you and then help you work out what you need to do next,” Lawrence-Oladeinde said.

Mary Baxter, 36, of North Philadelphia was released from prison in July of 2008 after serving an eight-month sentence. Baxter has spent the past several months as a fellow at The Reentry Think Tank alongside about eight other fellows, working to use her voice to call for criminal justice reform and to highlight the importance of higher education for formerly incarcerated people who have already obtained their diploma or GED.

“Without education, what are your chances of being successful?” Baxter said. “You need some form of higher education to be successful.”

Lateef said the goal of The Reentry Think Tank fellows is to determine what barriers exist for those re-entering society by talking to other formerly incarcerated people about their struggles.

“Based upon the information that is gleaned from those interviews and that interaction then [we speak] to policymakers as well and various stakeholders in terms of trying to bring to the fore some of the problems and the challenges that individuals face,” Lateef said. 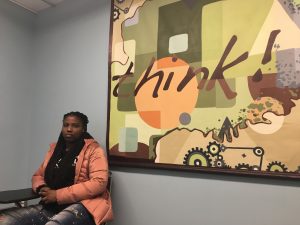 Lateef and Baxter have been working on a campaign with other fellows to “Ban the Box” on college applications that ask about an applicant’s criminal record. They started their efforts at Temple University and then will focus on other Philadelphia universities.

“It has the tendency to dissuade people from even pursuing higher education because they have to check a box stating that they [are an] ex-felon,” Lateef said. “The perception is that it’s not worth that effort, even for those who would like to engage in higher education, upward mobility or whatever the underlying motivation that people have.”

Community Legal Services recently released a report encouraging Philadelphia-area colleges to ban the box on their applications. The report noted that universities including the University of Penn, Drexel University and Villanova University, in addition to Temple, either use the common application or their own applications which ask about prior criminal records.

“Research has shown that asking about records on college applications is not related to increasing safety on campus, but it does prevent people with records from completing applications and enrolling in school,” the report states. “Because of the disparate impact this has on people of color, it is particularly important for colleges to end this harmful practice that may violate civil rights law.”

Lateef said he would like to see colleges stop asking about the criminal history of applicants, or at least ask later in the application process.

Baxter is passionate about the Ban the Box initiative because education has been so important in her own life.

She is set to graduate with a degree in behavioral health from the Community College of Philadelphia this May. 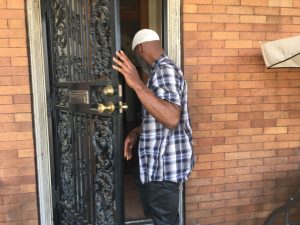 “Education has been extremely important for me because it’s allowed me to connect, not only with faculty members, professors, but also students and organizations,” Baxter said.

During a practicum for her schooling, Baxter said she met a woman who told her about a fellowship for formerly incarcerated artists. Baxter entered the contest and won $20,000.

“I believe in the realm of higher education you’re just put in different circles, you have access to people, places and things that you normally wouldn’t have outside of higher ed,” Baxter said.

Education is also important to Lateef, who was sentenced to life in prison at age 17.

He was involved in an armed robbery in which a person injured their hip. After having surgery for the injury, the person died of heart failure. Lateef was charged with murder.

But in 2012, the United States Supreme Court struck down mandatory life sentences for juveniles convicted of murder.  And in January 2016, the court decided the 2012 ruling would be applied retroactively.

In October of 2017, Lateef was released from prison.

He is currently working on creating a nonprofit with other formerly incarcerated people to focus on providing education, housing and employment for those in re-entry who were originally sentenced to life as juveniles. 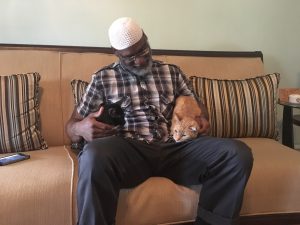 “Because of the constrictions of confinement, right prison, it doesn’t really afford opportunity for exploration to delve into who you are as an individual,” Lateef said.

He noted there are unique barriers that others who served long sentences must face, like learning how to adapt to technology.

“And so the role that education had in my life, even though it wasn’t institutional, it was mostly experiential learning, it was incredibly important because it was at the essence, at the core of what was necessary for me to transition from boyhood to manhood,” Lateef said.

-Text, images and videos by Julie Christie and Jennifer Roberts.

Archdiocese Catholic school students found a new document slipped into their application and entrance packets: The Memorandum of Understanding. The decree, released earlier this month from the office of the Archdiocese of Philadelphia requires all [continue reading…]

On any given day, students at the Philadelphia Center for Arts and Technology may film and edit short documentaries, design the interior of a home online or, as Keisha Whatley’s 12-year-old son did recently, learn [continue reading…]