These three Muslim women are using art in order to express personal and collective identity, and explore issues of location, displacement and personal connection to social contexts in the city. You can find their art featured in galleries, on buildings and throughout the city. 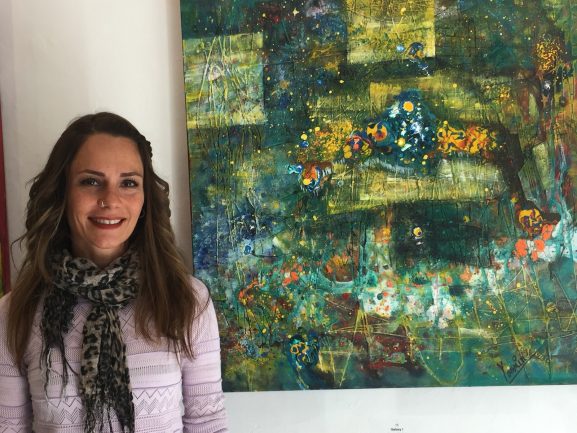 Born and raised in Iran, Yasmin Nezhad has lived in Mumbai, Seattle and Chicago before landing in Philadelphia three years ago. Since then, she has worked on a series of 20 acrylic paintings, which were recently displayed at Jed Williams Studio in Bella Vista. Nezhad’s uses art to explore her personal identity from the perspective of cosmic connection, including sky, moons, the sun and stars. She incorporates architectural elements of her home in north Iran, while evoking universal, cosmic themes of oneness and calmness across different time periods and cultures. 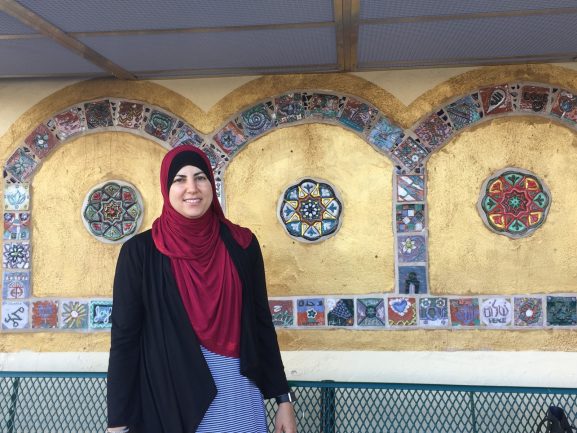 Adab Ibrahim was born and raised in North Philadelphia, and directs mixed-media community art projects for Al-Aqsa Islamic Society. She has directed several projects on the outside of the mosque, “Doorways to Peace” and “Windows to Peace,” both of which have received national acclaim. Her work uses the golds, blues and greens reminiscent of traditional Islamic art, while her process is focused on bringing people of diverse backgrounds together during the creation process. Currently, she is working on a series of mosaics for Playgrounds for Palestine, a nonprofit based in Philadelphia. 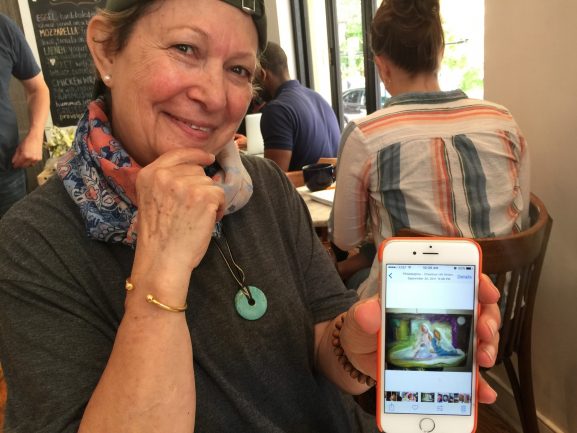 Fadwa Kashkash was born and raised in Amman, Jordan. She lived in Kuwait for 30 years before moving to Philadelphia after the Gulf War. She is a contributor to the mural arts in the city, having done calligraphy for “Doorways to Peace.” She also works with acrylics, oil paints and watercolors, as well as mosaics and tiles. Kashkash’s specialty is portraits that incorporate impressionist techniques and soft colors. She loves to takes advantage of the wide range of art workshops in Philadelphia, learning techniques for mosaics and pottery. She has presented art on behalf of the Muslim community in Philadelphia to former Gov. Ed Rendell in 2003.

–Text and photos by Samara Ahmed