Philadelphia is a city where you can find murals and street art in many neighborhoods. From Isaiah Zagar’s Magic Gardens in South Philly to the “wicked” Philly-style graffiti seen around the city, the street art scene is constantly being evolving. Here are five works to keep an eye out for in fall 2017: 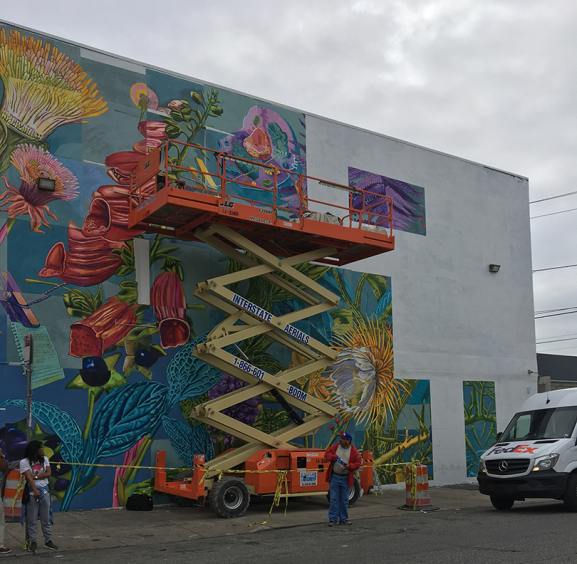 This work is in the process of being installed on the wall of the Philadelphia Pharmacy at Front Street and Lehigh Avenue in Kensington. Rather than artist Cesare Viveros painting directly onto the pharmacy building, the mural has been completed on many smaller strips that are pasted onto the wall. Earlier this year, the community was invited to come and help paint the strips in an effort to involve the neighborhood. 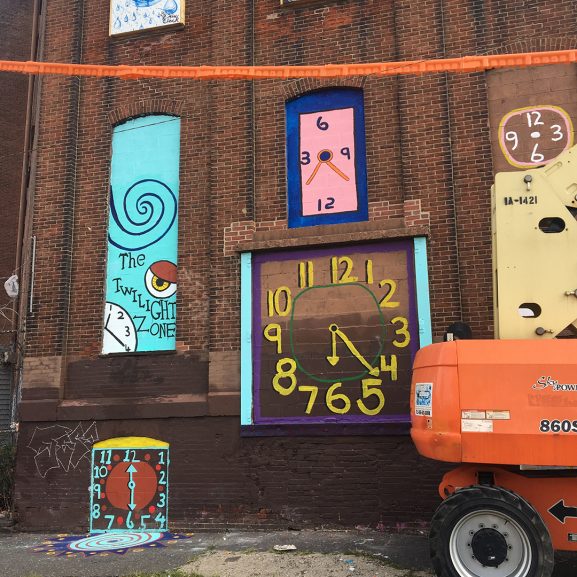 THE TIMES by Tyree Guyton

THE TIMES, designed by Detroit-born artist Tyree Guyton, is currently in progress and is located at A Street and Indiana Avenue in Kensington. It is scheduled to be completed by Nov. 23, according to Mural Arts Philadelphia. 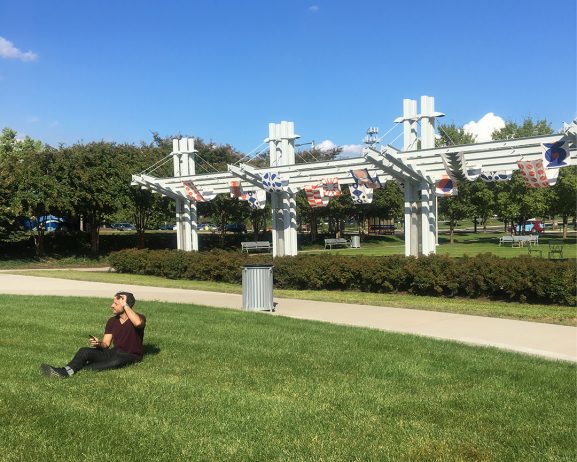 Artist Nate Harris installed this banner art at the Philadelphia Navy Yard in South Philadelphia. This is one of several recent works created by Harris for the Navy Yard. His work includes other banner works as well as painted murals, all based on history of the Navy Yard. 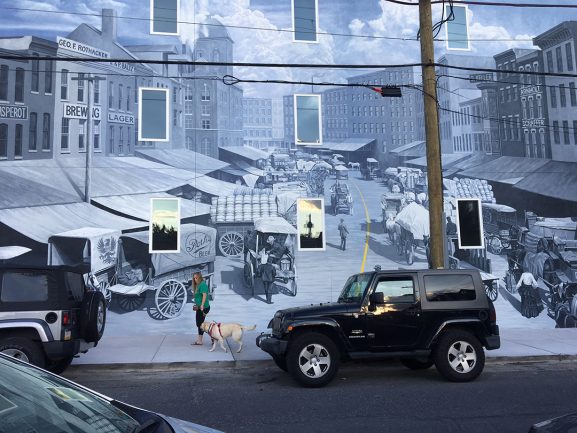 Brewerytown is one of the murals in the Industrial Light series by Phillip Adams. The series pays homage to the era when Philadelphia was known as the “Workshop of the World,” according to the artist’s website. Brewerytown was finished Aug. 2 and is located at 31st and Master streets. 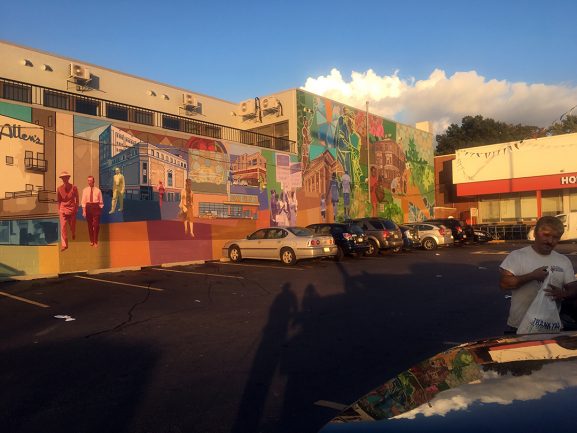 This mural is located at Wayne and Chelten avenues. It was designed by artist Jared Bader and completed in early July. The colorful mural depicts the history of the Germantown neighborhood, according to Mural Arts.

– Text and images by Emily Pentz and Jennifer McDonell.

Germantown: A Place to Call Home

https://vimeo.com/37208697] For a woman of such a tiny stature, one would not think that Mary Ellen Graham could pack so much power. But when there is fortitude and heart behind what was once considered a [continue reading…]

Germantown residents and visitors were privileged to learn about the stalwart black troops who trained nearby. The free event “Saluting Camp William Penn,” which took place in the parlor of the Ebenezer Maxwell Mansion, opened [continue reading…]