New Sanctuary Movement, an interfaith immigrant justice organization, held a prayer vigil and Sukkot ritual outside of the Philadelphia offices of U.S. Immigration and Customs Enforcement (ICE) on Thursday, October 5, in response to what ICE has titled “Operation Safe City.”

The operation targeted individuals in sanctuary cities across the United States, culminating in a total of 498 arrests. At the end of the four day operation, no other geography had as many arrests as the 107 executed in Philadelphia.

“They’re trying to send a message here, in Philadelphia,” said Ben Miller, who co-owns El Compadre with his wife Cristina Martinez. “Philadelphia’s been so bold, you know. And then they come and hit us the hardest.” 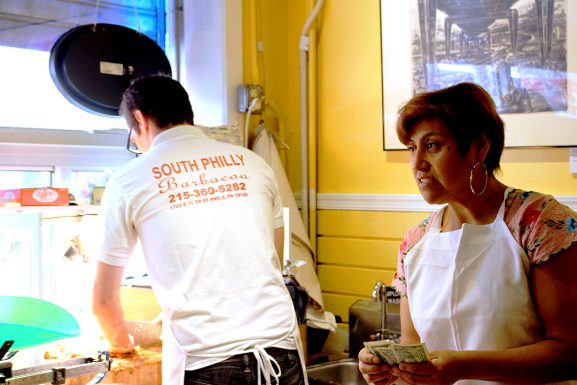 Miller and Martinez (both pictured above) have worked to host #Right2Work dinners in Philadelphia and beyond, through the Popular Alliance for Undocumented Workers’ Rights (PAUWR). PAUWR supports immigrants’ right to work for a living, regardless of their citizenship status.

Martinez, an undocumented immigrant herself, saw the immediate impact of the ICE raid in their South Philly neighborhood.

“People are very afraid to go out,” Martinez said. “Today I didn’t see a lot of people, a lot of Mexicans in the streets. I believe that they feel… this fear. There are many innocent people that our only crime is working. There are angry people leading, so we’re just working…but there is injustice that many people don’t feel.” 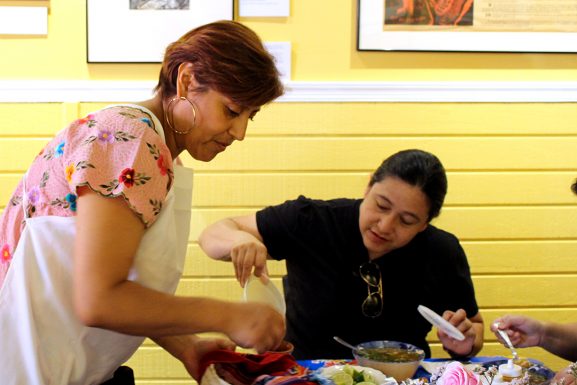 Relative to Philadelphia’s population, the arrests in Operation Safe City translate to 6.82 per 100,000 residents. Only one city had a higher rate: Denver, whose 63 arrests equated to 9.09 arrests per 100,000 residents. Denver and Philadelphia are both involved in separate lawsuits against U.S. Attorney General Jeff Sessions, over conditions that limit the movement of federal grant money to sanctuary cities.

The New Sanctuary Movement’s Facebook page released a statement after all of the arrests were made. 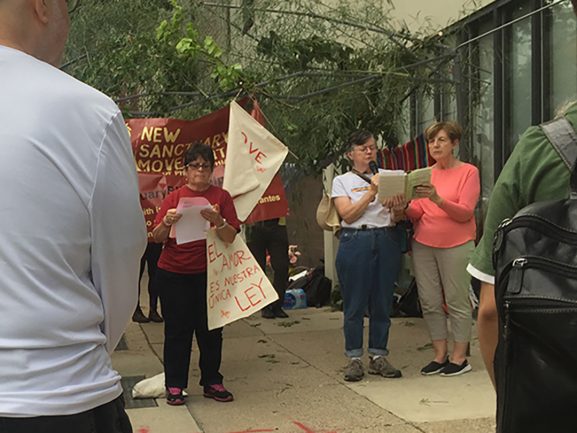 The event included sharing of stories, songs, and prayer, in Spanish and in English. Participants also observed the Jewish festival of Sukkot which began on October 4 and lasted until October 11.

According to New Sanctuary Movement, Sukkot commemorates the 40 years that the Jewish people spent in temporary shelters in the desert, and “celebrates inclusion, hospitality and sanctuary.”

A growing population of Southeast Asian refugees comes with an exciting new culture to learn from, along with serious health needs that require specific attention. Those who lived or immigrated during times of unrest, like [continue reading…]

https://vimeo.com/45031895] Living in the United States is a dream many foreigners strive for, but often the reality of life here isn’t what many Latinos expect. Maria del Coral Morales, Angel Avila and Pablo Martin are [continue reading…]