Room 25 at Nazareth Academy High School in Torresdale is the center of activity for the school’s biggest event of the year: the annual Naz-A-Thon. On Nov. 10 from 10 a.m. to 10 p.m. students will dance in an effort to raise money “For The Kids,” where all the money raised will go to The Children’s Hospital of Philadelphia.

Now in its fourth year, the event has grown beyond initial expectations. 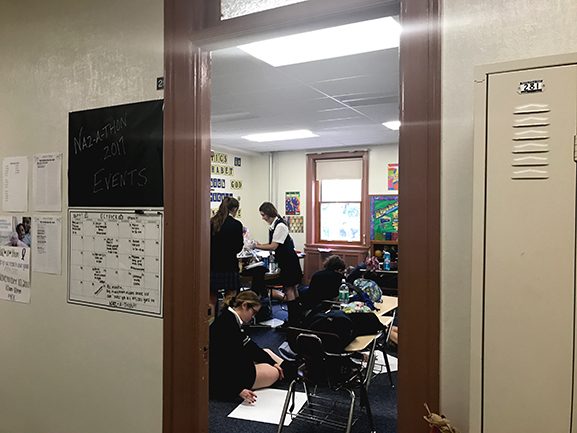 This year, Naz-A-Thon has taken off by having 98 different sponsors, about 90 donation raffle baskets, and a crew of about 90 students to make it all happen. Sylvester said that the planning is always a difficult task.

“We usually start planning for the next Naz-A-Thon right away, there’s very little true time off,” she said. “We typically take a week to decompress once the event is over, but after that we start sending out thank you notes, and planning things that we can do better for the next one.”

Naz-A-Thon carries a great deal of excitement throughout the school community, and is a day that students look forward to every year.

“I’m sad that this is going to be my last Naz-A-Thon,” said Madison Pristera, a senior at Nazareth Academy. “It has been such a great day every year, and getting to do something rewarding with these great people really makes you feel good.”

For these girls, it is important to see that their dedicated time and effort will not go by the wayside. Representatives from CHOP ensure that all charities see direct results of their fundraising efforts. 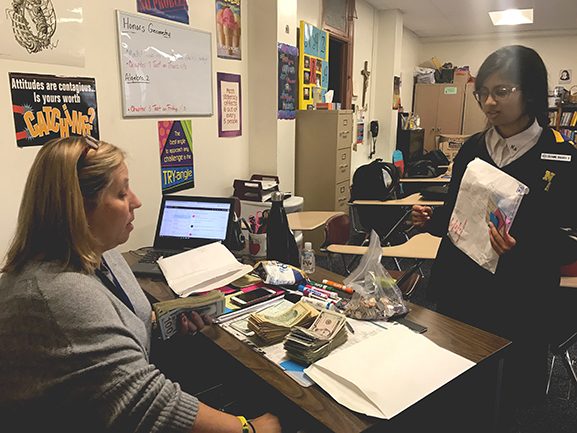 “I get to work with not only Nazareth, but a lot of schools to be a direct link between them and CHOP,” said Lisa Rabbitt, CHOP’s associate director of school and youth programs. “Events like these have really started to catch on in a lot of different places, and to know that so many people have an interest in helping these kids is really important.”

Rabbitt is also working with about 10 other high schools and universities on projects very similar to Naz-A-Thon.

“Over the last about four years or so, we went from having one big event to now having 10 schools participate in dance marathons, and even schools that don’t have a dance marathon are contributing in other ways,” she said. “There has definitely been a rise in the amount of donations to Children’s Hospital in that time frame, and I think publicity of events like these are why.”

The growth of Naz-A-Thon as an annual event can be attributed to many different things, but a large part can be credited to the year-long planning that Sylvester mentioned.

“We did a lot more fundraising nights, and we spread them out over the course of the year so that people don’t exactly feel rushed to participate,” said Bridget Herbert, Naz-A-Thon’s executive director of operations. “We had a karate night, a dine out night, a homemade pasta dinner here at school, so we mixed it up and got events that people wanted to join in on because they’re fun, not just because they’re for Naz-A-Thon.”

Overall, thanks to the already promised donations and sponsorships, Naz-A-Thon set this year’s fundraising goal at $104,000. Sylvester said that she will always know exactly how much money they have raised, but that doesn’t mean that the students will know.

“I like to keep it a secret from them,” she said. “Based on their efforts with taking in donations and accepting raffle baskets, they typically know that we get over halfway there, but I always let them speculate.”

Sylvester said that not telling the students how much money is there serves as a driving force of inspiration. 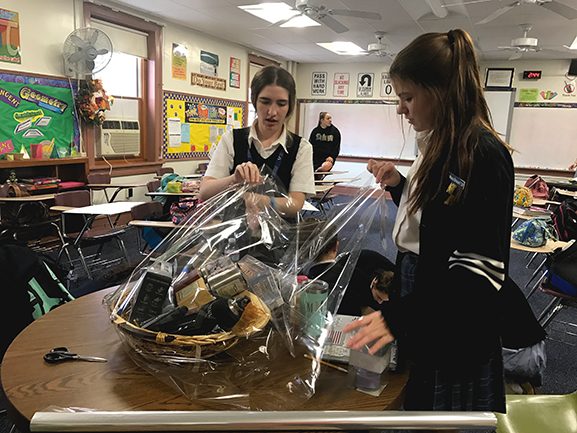 “If they know we reached our goal, maybe some of them would stop calling people for donations or working for that goal,” Sylvester said. “If they don’t know how much we have, they continue to push until the very last minute to make sure we do achieve what we set out for.”

Sylvester, without giving it away, said that she is very confident that this year’s goal will be reached.

“We have a lot of hard-working girls who care a lot about this project,” she said. “I am proud of them, and I hope on the day of the event, when they see the result, they’ll feel the same way that I do.”

–Text, video and images by Eric Michaels and Leah Murray.

Jodi Cianci is serious about her workouts. She trains as if her life depended on it – because it does. “I treat my exercise like a doctor’s appointment,” Cianci said. Cianci was diagnosed with Parkinson’s [continue reading…]

The 7000 block of Erdrick Street in Tacony is anxiously awaiting to find out if it will become the city’s Most Beautiful Block. And if you speak to any of the residents, they believe they’ve [continue reading…]