As a sixth grade student, Dontae Privette walked by the Kingsessing Recreation Center every day to get to school.

“I’ve always just been connected to Kingsessing and this neighborhood,” said Privette, who grew up nearby in West Philadelphia.

Now he’s constantly at the center, where he works as the executive director of the Kingsessing Roadrunners, a low-cost sports program for boys and girls starting at age eight.

“We’re a family, and a lot of it is based on teamwork,” Privette said.

Coaching isn’t his day job: starting at 6:00 a.m., Privette works as a technical specialist for Amtrak. After work, he heads to the recreation center which is located at 51st Street and Chester Avenue.

As the director, he oversees practices for the Roadrunners’ football, rugby, basketball and lacrosse teams.

The Roadrunners, established in 1969 by Kevin and Kelvin Bowser, stands out from other sports leagues. It offers a variety of affordable athletic programs which cost as little as $5 per year and range to $13 per month.

The program, which currently hosts about 72 children, encourages the players to work together rather than focus on winning each game. 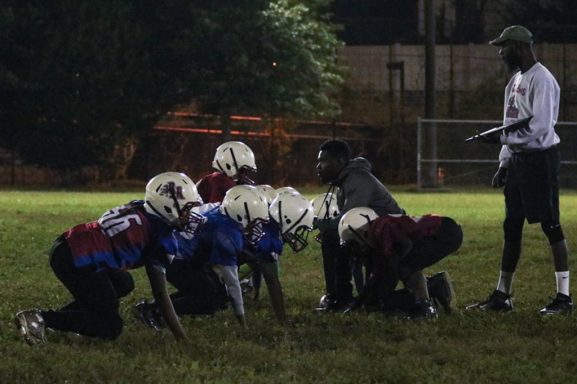 At age 30, Privette is one of the youngest executive directors to oversee the program. After graduating from Kutztown University, he returned to Philadelphia in 2007 with a degree in psychology.

Once back in the city, he found out about the Roadrunners through a group of kids playing football on his block.

“I’m like, ‘what team do you guys play for?’ and everybody unanimously said they play for the Roadrunners,” Privette said.

So, he decided to join the program himself. 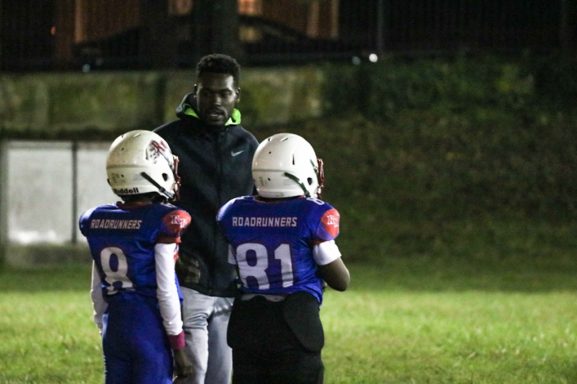 Rugby Coach Nick Hunter, who coaches at the University of Pennsylvania and volunteers with the Roadrunners, said working alongside Privette has been a pleasure.

“Dontae’s one of the few people that I met in Philadelphia that works as hard as he does and has a good head on his shoulders,” Hunter said.

Others have also said they enjoy seeing Privette motivating the players.

“He sets his expectations for the kids, they’re very clear, and then he just kind of expects them to meet that bar and if they don’t meet that bar he motivates them to do it,” said Jack Smallwood, another Roadrunners rugby coach.

Parents of the Roadrunners, like Len Jackson, speak highly of Privette and the Roadrunners. Jackson had known Privette for years as a family friend but was impressed after seeing Privette coach his own son.

“As a father, you’re very, very, very sensitive about who teaches your children,” Jackson said. “I feel comfortable not even being here, you know? And dropping my son off to practice and trusting Dontae to nurture him.” 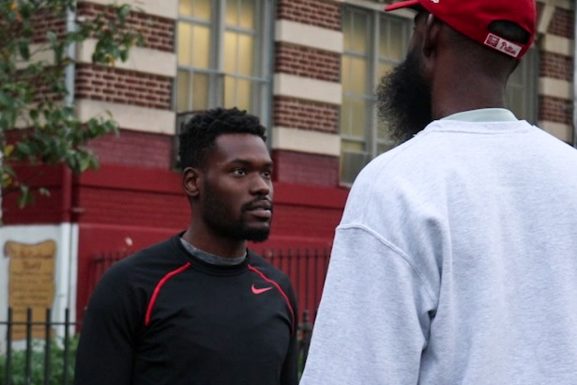 Jayson Harris, who began playing football for the Roadrunners in August, said he enjoys having Privette as his coach. Harris explained that even when Privette gets serious, he’s still fun to be around. Playing with the Roadrunners, he said, has taught him a lot.

“I’m learning how to connect with people and how to be more confident,” Harris said.

Harris, like many of the students, also participates in an after-school study program held by the Roadrunners.

The Roadrunners Student Club meets at the Kingsessing Recreation Center every Tuesday and Thursday evening. 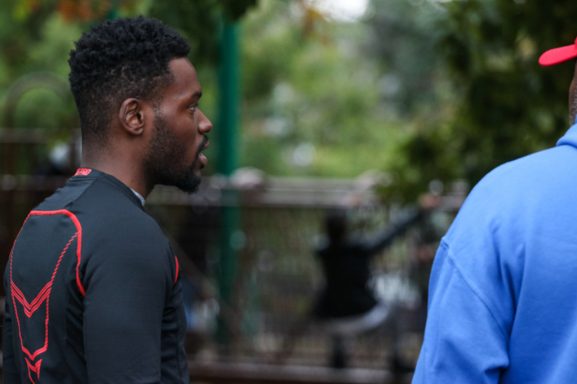 Privette expresses the importance of school: at the end of practices and games, he reminds his players to stay focused in class. If a student is slacking in school, they are required to finish their homework before hitting the field.

“For our athletes, school is everything,” Privette said. “If you’re messing up in school, the first thing you have to do is do your homework and take care of that first before you’re allowed to be an athlete.”

The club, which the Roadrunners are highly encouraged to join, is run by Charles Parrish, who’s been involved with the team for decades.

“That’s our board chair,” Privette said.

In fact, there are a few original Roadrunners who are still involved in the program: a testament to its almost 50-year-old legacy.

From Monday to Friday evening, the vast field outside the recreation center bustles with activity from the Roadrunners teams. For Privette, the work can be tiring and challenging, but he hasn’t regretted a single day, he said. 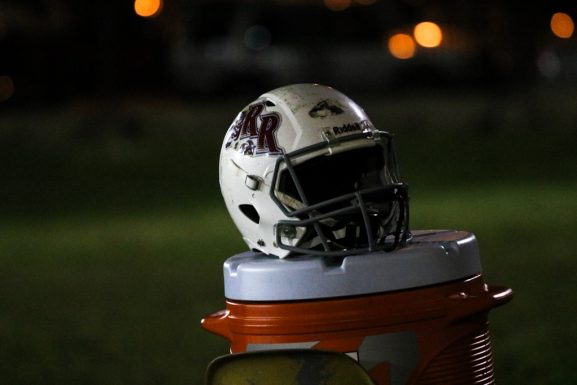 -Text, images and video by Angela Gervasi and Jasmine Sanders/

Kensington: After-School Program Allows For A Comeback In The Arts

After the school day was over at John Moffet Elementary, eager students sat attentively in an auditorium holding a tabla (“hand drum”) in one arm while rhythmically tapping with the other. With the help of [continue reading…]

Mantua: New Catholic School Education is Back at MHCC

https://vimeo.com/78027577] There are many reasons why community centers are great to have in the neighborhood. They are a safe place for children to go after school. They make more jobs in the area and also [continue reading…]