Kate Banford is the co-founder of Good Good Comedy Theatre, located near 11th and Race streets in Chinatown. Constantly trying out new shows with the reoccurring “Five Dollar Comedy Week,” Good Good Comedy strives to put on a variety of quality shows at an affordable price.

Opening the theatre in 2016 after a Kickstarter campaign that quickly exceeded its goals, Banford, with co-founder Aaron Nevins, has established presence in the local comedy scene.

What do you like most about the Philadelphia comedy scene?

I personally love how good the community is and how everyone gets along together in a way. I feel like it used to be very separate — where people did stand-up, people did improv, people did sketch — but in the Philly comedy community it feels like a lot of people overlap. Since there’s a lot of concept shows, people will get to know people who they typically wouldn’t if they were only doing open mics or only doing improv jams. 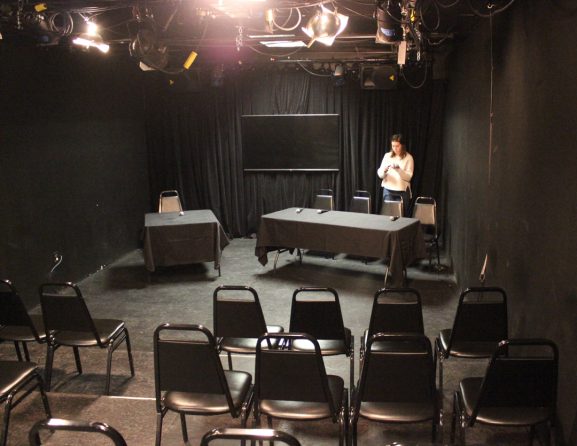 What did you do before you got into comedy?

Well, I started doing comedy in college, so before I got into the comedy scene I was in a diaper. But before I started Good Good or started producing shows, I was working in film. I produced commercials for Avon Clearskin, Swarovski, brands like that, and I worked in advertising for a little bit too.

So, do you do comedy as a career?

I mean, yeah, I do this as a career. Aaron and I spend our full time producing comedy shows and booking and stuff, bringing out-of-town acts in and that kind of thing. 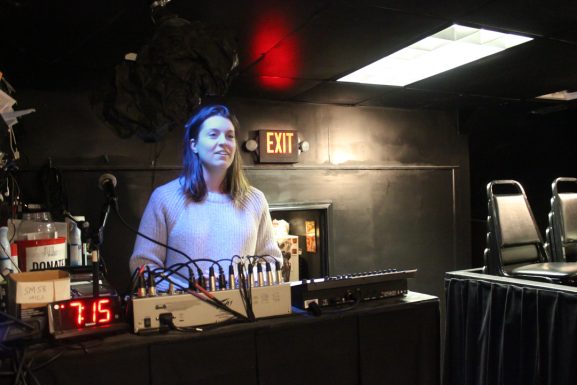 Are you guys from Philly?

Aaron is from New Jersey and I am from upstate New York. I went to school in Delaware and I moved to Philly after graduating from college.

And then you just decided to start a comedy theatre?

Well, it was more complicated than that. But I started doing comedy in Philly, in 2011-ish, when I was still in school, and then I started doing stand-up. Aaron and I met through doing stand-up and we became friends. And then we had the idea to start ‘Five Dollar Comedy Week,’ which is our comedy festival of 30 brand new shows and weird workshops. So, that was a really fun time and we did that over the course of a week in 2014, and then we did it again the following year, maybe four or five months later, and we did it again maybe four months later again. So, we did it once in 2014 and twice in 2015. All three festivals in the span of one year and that created 90 brand new, original concept shows from a bunch of different comedians. So, at that point, we were like “we should be producing these regularly.” 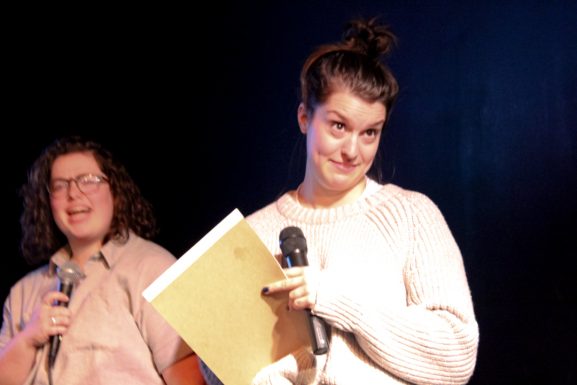 What makes the show successful?

I think because Aaron and I are very particular and we care a lot about audiences. So, we’re not going to let a show that the producer or host doesn’t care about continue on. We are not going to let a show that gets nobody out continue. We care a lot about creating an environment where it’s like, you are passionate about what you do, you’re putting your best foot forward, you are having a lot of fun and the audience is having that same experience. I think what’s so important is we pay attention.

How do you think that comedy could get more recognition in Philly?

Well, that’s something that was a huge goal of ours, that we want Philly to be thought of as a comedy city the same way Chicago is. Obviously, Chicago’s got almost a hundred years on us, but something we’re doing is bringing acts down from out of town and bringing them into a smaller space so it’s comedians that are on the rise. So, this is going to be a place where people see comedians who are like the next big comedians. And I think also, like us putting on a lot of shows, we’re giving comedians the ability to put on shows that are what they’re passionate and excited about, so those are things that everyone’s going to love.

-Text and images by Chris Linvill and George Means.

Online shopping is the new trip to the mall. With the rise of Internet commerce, business owners are capitalizing on digital opportunity. Luba Patlakh, a 26-year-old Ukraine-to-Philadelphia transplant, cut her slice of the pie with [Read More]

Mantua: Nothing but Empty Promises?

Despite all of the talk about Mantua’s designation as a federal Promise Zone, one of the main facets missing currently are plans and progress. Katherine Loxley, one of the remaining residents living on the property [Read More]

How To: Start A Community Garden

Finding a place to care for plants or harvest crops in an urban setting like Philadelphia may not be easy. However, throughout the city there are more than 60 community gardens at the public’s disposal. If [Read More]