Near 35th Street and Mantua Avenue, next to the bustling trains traveling east and west, sits is a quiet home. The owner of that home, now at the age of 73, has seen Mantua transform for almost seven decades.

Obidiah Anderson has been a Mantua resident for the past 69 years. Anderson’s parents and her 11 siblings – four sisters and seven brothers – moved from Georgia to their first home near 37th and Wallace streets when she was 4.

“It’s a beautiful place to live,” Anderson said. “You have the river next to the Philadelphia Zoo. It’s connected to everything and the scenery is just beautiful.” 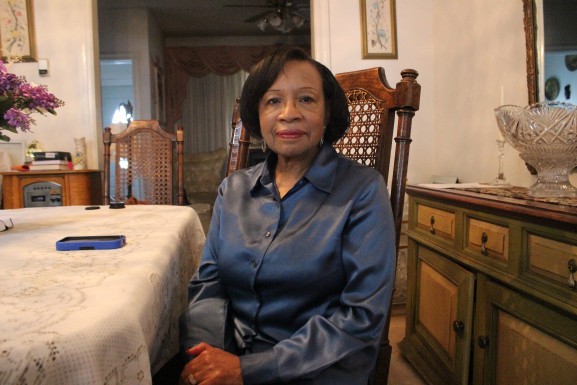 Anderson has been living in the same house since 1971, raising two daughters and three sons. One son, lives on the same street as his mother. The rest have moved outside of Philadelphia. She previously worked at the Philadelphia Zoo for 22 years and as a teacher.

The changes, however, cannot go unrecognized by Anderson. There are no supermarkets for her and the residents of Mantua, which can only be categorized as a food desert, a troubling reality for many low-income families in the city of Philadelphia.

“There have been drastic changes,” Anderson said. “There are no stores or supermarkets nearby for the people in the community. Homeownership has also declined tremendously. Everything here is just totally different.” 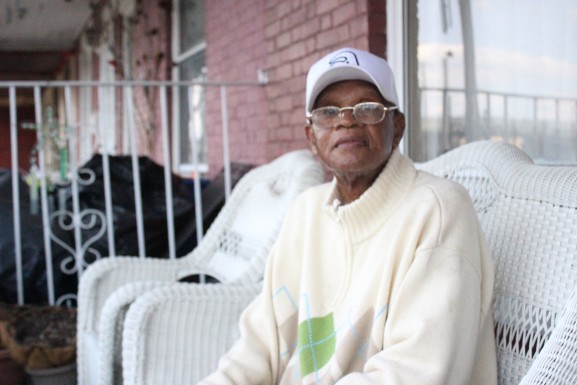 “It’s changed a lot,” said brother Jimmy Carter, 72 (above). “There was no expressway back then. There was just a pathway that you could take to the river. I remember there used to be picnics, boat racing, and fire works. It was a very good time.”

Though the neighborhood is in need of significant transformation, Anderson said there is a certain beauty, as well as the memories that she shared with her larger-than-usual family, that keeps her here. She doesn’t see herself ever moving; in fact, neither do four of her siblings, who live on the same street.

In front of her home is a small memorial for her parents, founded several years ago by her sister, Bessie Washington, what she calls her Peace Garden. It’s decorated with flowers that haven’t blossomed yet and several pinwheels and notes.

“My mother and father were very hands-on parents,” Washington said. “And I remember we used to play hopscotch, double-dutch, marbles, wall ball, everything. We had an enjoyable childhood.”

Alex Shraybman was more than 40-years old and in an established career when he decided to uproot his family from their home in Lviv, Ukraine, and make the trip to the United States in search [Read More]