The original city plans laid out on a map by William Penn only included the area between the Delaware and Schuylkill rivers between Vine and South streets. People, however, settled outside of those areas, including what is now known as the Poplar neighborhood.

“Certain neighborhoods were settled by individuals from certain parts of Europe or were members of the more obscure sect,” historian Roger Moss said.

“You can trace much of the history of Philadelphia’s expansion by looking at the populations that came here from various parts of the world and keep coming,” Moss said. “It’s really traceable all back to William Penn’s belief that everyone should be able to come to his city and worship as they wished, unmolested by a more dominant population.” 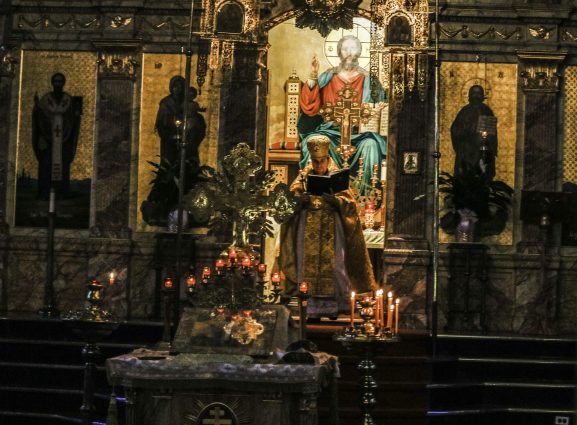 Moss wrote about the church, which is at 7th and Brown streets, in his 2004 book “Historic Sacred Places of Philadelphia.” The church celebrated its 100-year anniversary last year. The gold-plated cross sent from Europe in 1939 remains. Nearly 5,000 people attended the dedication ceremony in 1917. Today, members within a 75-mile radius of the church come to worship with Father Bohdan Zhoba (above).

“It interests me when I see a historic building that’s being preserved and in the case of St. Nicholas of course, because its architecture survived virtually intact on the exterior,” Moss said. “But when you look at the interior, that’s a great deal different.” 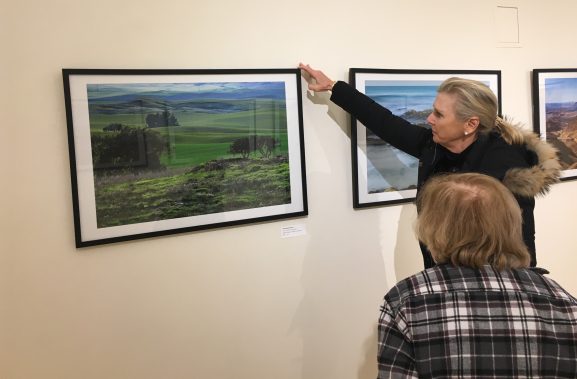 The Philadelphia Museum of Jewish Art

The Philadelphia Museum of Jewish Art opened in 1975 at Broad and Green streets in the historic Congregation Rodeph Shalom building. It aims to host two to three exhibitions per year. The current exhibit is “A Walk of the Land” by Udi Goren, who photographed his 700-mile journey on the Israel National Trail. It will stay up until April when PMJA members hope to add a piece to its permanent collection.

“Every time we have a show, we hope to acquire a piece from that show,” said Janeane Sloane (above), PJMA chair. “Not always, but we have over the years gotten pieces from many of the shows.” 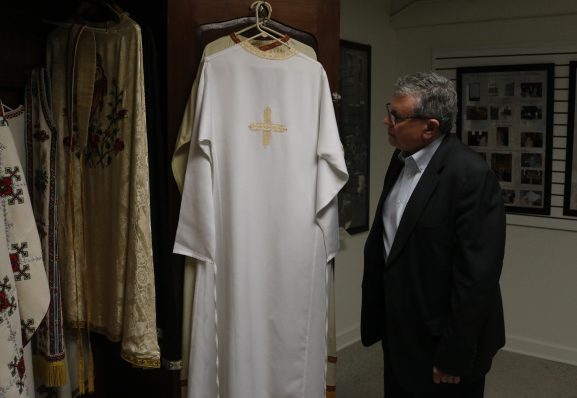 The Ukrainian Catholic Cathedral of the Immaculate Conception

The Ukrainian Catholic Cathedral of the Immaculate Conception opened in 1966 at 830 North Franklin Street. The church was the second cathedral that opened in the city for Ukrainian Catholics, said Ken Hutchins (above), who’s the project facilitator of the church.

In the basement of the church is the Treasury of Faith Museum, which displays items from the church like the iconostases, an altar, the royal doors and pictures of Pope John Paul II’s visit in 1979. The museum is open by appointment.

“This cathedral was built to really establish the presence of Ukrainians in this neighborhood,” Hutchins said. 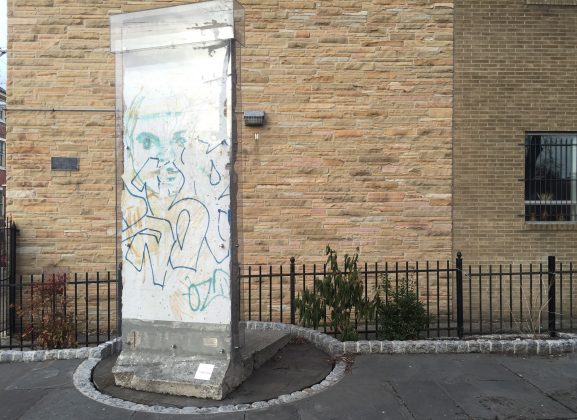 The German Society of Pennsylvania

The German Society of Pennsylvania is the oldest German-American organization in the United States. It opened in 1764 with a purpose to help immigrants from German-speaking countries, president Tony Michels said.

The GSP has the largest number of German books in a library outside of Germany, Michels said. It holds 55,000 books in German and 15,000 in English. It also has a piece of the Berlin Wall (above).

“If you want to have a complete background, research about German-American relations until World World I, this is the place to go deep,” Michels said. “It’s a one-stop shop.” 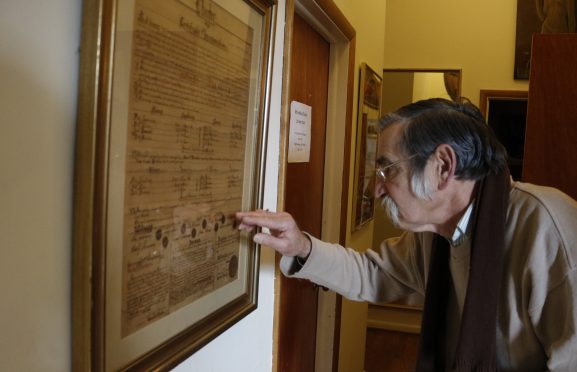 The Philadelphia Society of Free Letts (The Latvian Society)

The Philadelphia Society of Free Letts at 7th and Spring Garden streets celebrated its 125th anniversary in 2017. It is the oldest Latvian Society out of Latvia. The organization’s original charter (above) was granted in 1894. Janis Bundza (above) has been on the board for about six years, and his daughter, Laila Gansert, is the president.

The society originally served as a settlement house for people who fled Russia. Now, it has a focus on promoting Latvian culture. All members have access to the building, including its bar and library of books mostly written in Latvian.

“We have a purpose just to get together, maintain culture, maintain language and have a common place to meet every now and then other than a church,” Bundza said.

— Text and images by Evan Easterling and Tom Ignudo.

South of South Street: From An Eyesore To An Art Canvas

Resting along Philadelphia’s Avenue of the Arts, the 4.5-acre vacant lot on the corner of Broad Street and Washington Avenue serves as a local artists canvas for a soon-to-be sculpture. Cirque du Soleil once occupied [Read More]

Ten individuals share their personal experiences of losing their job during COVID-19. They talk about the difficulties applying for unemployment, their day-to-day lives without jobs, and the anxiety they felt when restaurants reopened for outdoor dining. [Read More]

Like other parts of the city, Northern Liberties’ housing market has rapidly expanded in recent years. It seems as if every other street is restricted by orange construction barricades. By the time the seasons change, [Read More]