Anyone who has been to the Electric Factory in the Callowhill neighborhood has seen local artist Get Up’s creations on the walls inside.

The 31-year-old Kensington native has been creating street art in the city since 2012, after living and working in Oakland for six years. Get Up is not only a street artist, he is a musician and now a women’s clothing designer. Where he was making T-shirts, onesies and even throw pillows, Get Up is now making women’s clothing and accessories.

“I have merch collabs with other artists,” said Get Up, mentioning Wax Future as a local act that he is working with to produce music and create visual branding. “Same thing with Chill Moody. I’m his tour DJ and I also do the merch stuff.”

He was looking to branch out from T-shirts so he started searching the Internet for inspiration.

“I saw some young girl making leggings,” said Get Up.

He decided to make leggings, hand bags, crop tops and other clothing and accessories that feature his designs and artwork.

The process that Get Up uses to put his designs on fabric isn’t anything at all like screen printing, where the ink is only on the surface of the fabric. It is a completely different process called dye sublimation.

“You’re actually dying the fabric itself,” said Get Up. 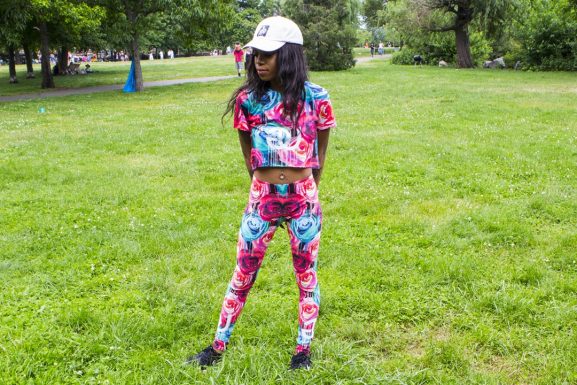 The next step is to find a design that people will like. Get Up doesn’t like to use trending political topics or catch phrases to sell clothing. He likes to draw from his sense of humor and the things that he sees around him, in his music and the city of brotherly love.

Kyle Cannarella, a friend and fan of  Get Up, enjoys the artwork of the new clothing designs. Canarella likes Get Up’s stencil designs like those incorporated by the famous street artist Banksy. He also likes the incorporation of Philadelphia sports figures like the Phanatic or historically relevant figures like Ben Franklin in his designs. 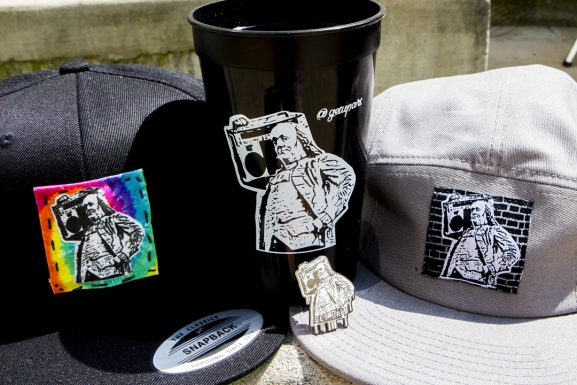 But the real test of the success of the women’s clothing will come from the consumers and the initial results are good. Avery Scott, Get Up’s girlfriend, is very excited at the prospect of her beau being a fashion designer.

“It’s really cool and he just started making girl’s stuff and I really like all of it,” said Scott. “It’s really fun.”

He’s able to take his designs to any type of clothing.

“I just got my first sneaker samples in,” said Get Up. “Pretty much any clothing, I’m either in the process of making it or trying to be able to.”

His creations are available online as well as at pop up shops around the city and at music festivals, and he appeals to a wider audience.

“I get everything from fitness people to the more music festival types,” said Get Up. “A lot of my audience, just through the art and stuff, is a lot of middle age or older women. I have 30 to 50-year-old women that I might look at and not think they would be into street wear or whatever. But they’re totally buying stuff on the site.” 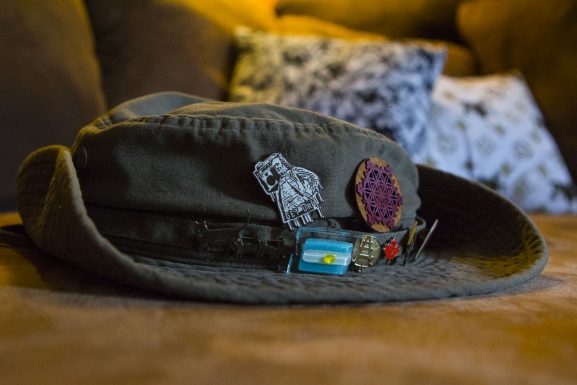 The next goal in Get Up’s clothing venture is to get out of doing the printing and the manufacturing himself. Previously, the clothing was being printed and sewn in Fishtown. Get Up is now working with a manufacturer in California that uses the same processes and a level of quality that he approves.

“My ultimate goal would be to be able to design stuff,” said Get Up.

Being bogged down with the manufacturing of products takes up time that could be spent doing what he enjoys most about designing clothing and his life.

“Just being able to play music for lots of people, make them dance, make them feel something,” he said. “Then go home and design some stuff.” 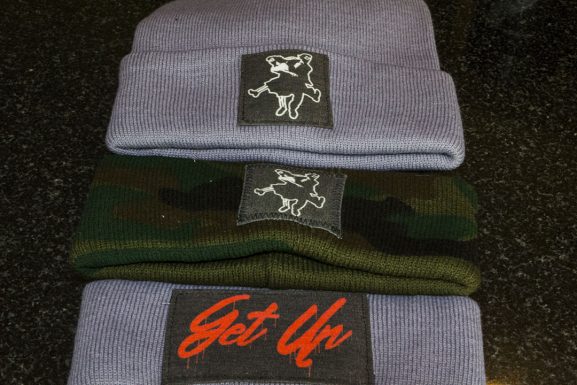 –Text, images and video by Chip Frenette and Tracy Yatsko.

Councilman Mark Squilla is the councilman for the First District in Philadelphia City Council. Squilla is the representative for several Philadelphia neighborhoods such as Chinatown, Kensington, Bella Vista, Northern Liberties, Fishtown and Port Richmond. A native [Read More]

[vimeo 69132791] Poverty, unemployment and homelessness are prevalent issues in Philadelphia and often wholly connected. In Mantua, the 23 percent unemployment rate among adults is the most direct contributor to poverty for households and individuals who [Read More]