Colwin Williams first began getting in trouble in school, fighting in order to appear tough. As he got older, the trouble continued.

He got caught up in drugs and by his early 20s, Williams had spent years in and out of county jail for armed robberies — a result, he said, of trying to support his addiction. Then in 1993, just two months after his 25th birthday, Williams was sentenced to almost 20 years in prison.

Williams recounted rough times — and a close call — during his incarceration at SCI Greene in western Pennsylvania. It served as the catalyst for Williams to turn his life around.

Today, Williams, 49, is a spokesman and outreach worker for Philadelphia CeaseFire, an anti-violence nonprofit that takes a public health approach to combating gun violence in the 22nd, 35th and 39th police districts of North Philadelphia.

“I do it to heal, I do it for self, I do it to make amends to my family, to make my children proud,” Williams said of his work. “I feel like I’ve got to that point that enough is enough, and I must be enough. My actions must show enough… It’s about me, my existence being a part of the process of what’s necessary to change circumstance.”

Williams now spends his time working to change the circumstances of communities affected by gun violence. He is newly focused on West Philadelphia, but also canvasses the 22nd district with his best friend, Grady Morgan, a violence interrupter with CeaseFire.

The two hand out flyers and work to make CeaseFire’s mission and presence known in the neighborhoods they cover.

Williams and Morgan met through the nonprofit and see each other more like brothers rather than co-workers.

“Colwin’s just a good guy all around,” Morgan said. “He’s stern, he’s a big guy, cool, calm. He knows how to talk to people. A lot of people like him. He has a beautiful personality.”

In addition to canvassing, Williams also mediates situations that could lead to violence. In mediations, firearms are sometimes present, he said. CeaseFire learns about conflicts in need of mediation from local high schools and from people in the districts it covers.

A mediation could be as simple as calming people fighting over a bus seat, Williams added.

Williams also mentors a group of about 15 young adults ages 15 to 25 who are “at risk” for violent behavior. He meets with each of them three times every month and also checks in via phone call five times per month.

“It’s because of his experience with street activities and then incarceration and then coming home and changing his life,” Tomoney said. “That plays a big role.”

“Most of the kids here, they always have family, outside the family, friends, who talk at them, but don’t listen to them,” Tomoney said. “He pays good attention to the person when they talk, so that’s why he gives the good answers, because he understands what’s going on.”

Marla Davis-Bellamy, director of Philadelphia CeaseFire, said Williams’ passion for young people and children is apparent, and is influenced by his work.

“He’s had the opportunity to work with families who have children that have become victims of gun violence in Philadelphia and so he’s always sharing the message about protecting our young people and keeping them safe,” Davis-Bellamy said.

Williams is the father of two young girls. His daughter Aisha is 3 years old and his daughter Asha was just born this past Valentine’s Day.

His girlfriend Sabrina Gadson, 42, said Williams is a no-nonsense dad, but he’s also “loving” and “goofy.” Gadson said she’s proud of Williams for being a good father to their young daughters, but also for the work he does with CeaseFire.

“He’s beating the odds,” Gadson said. “And I think that that’s a beautiful thing ’cause, most people that do that type of time in prison, they come home and they can’t adapt.”

Gadson said while she thinks Williams is doing important work, she sometimes fears for his safety, worrying that people might think he works with the police and target him.

But seeing Williams at work, talking to people in the neighborhood and giving speeches about his own transformation, Gadson said she thinks he is well-respected. 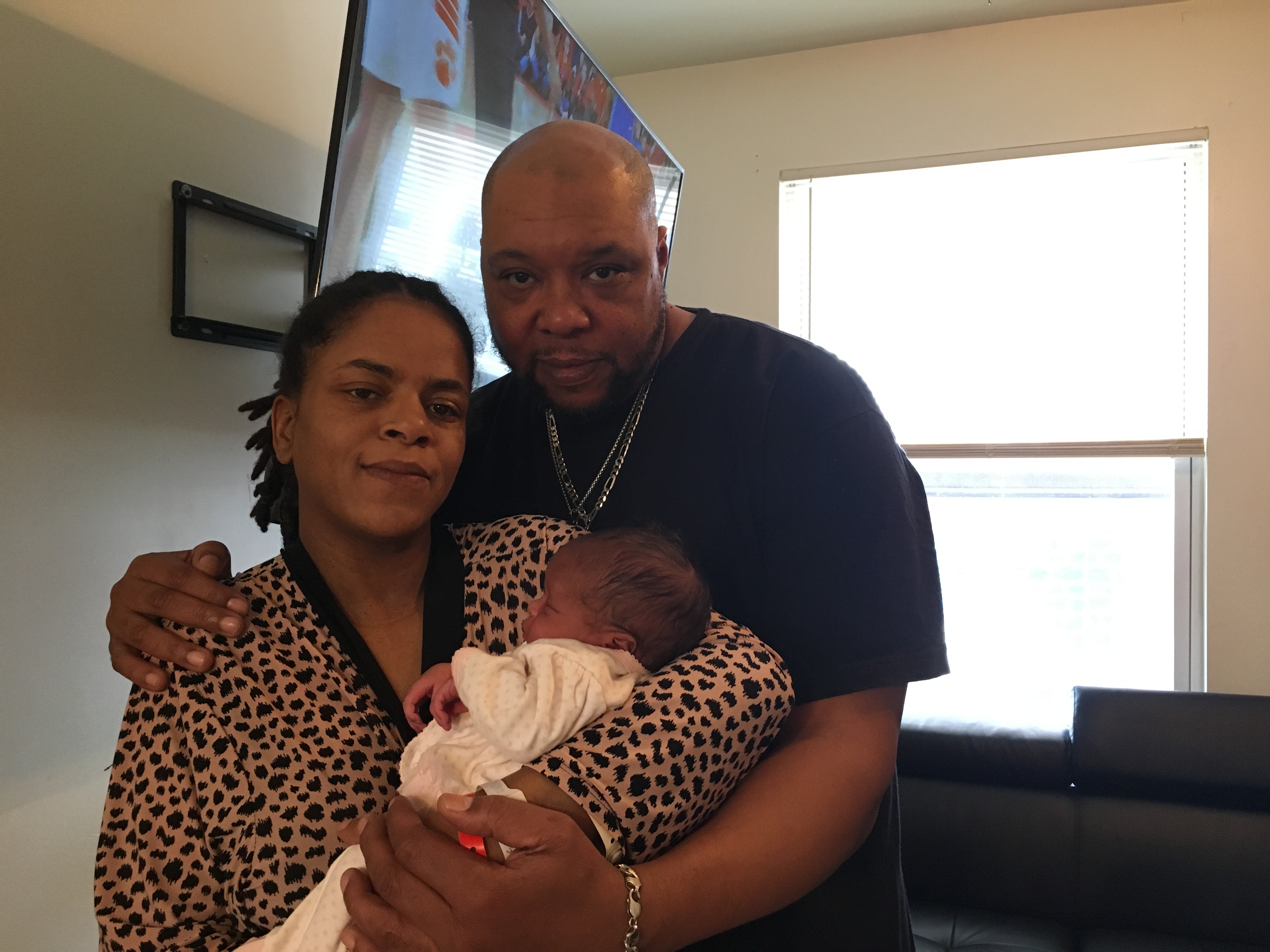 As for Williams, he loves the work he does with CeaseFire and the life he’s created for himself and his family since leaving incarceration. He wants to continue to use the rest of his life helping others avoid the mistakes he made.

Williams is currently fundraising to attend Transformative Leadership Training at the end of April to continue learning how to best advocate for at-risk communities and make a positive mark in the world.

“I don’t know why God got me here,” Williams said. “But I know it’s for a reason, and I’m still trying to figure it out. I’m in the process of figuring it out. I know that it’s mandatory that I embrace each day.”

-Text, images and video by Jenny Roberts and Julie Christie.

Philadelphians pursue health and wellness in a variety of ways. Trends come and go as people try new things and officials implement new laws to help keep people fit. Here are a few things you might not [Read More]

As part of the Community Design Collaborative’s three-day “Design in Action 2011” conference, the collaborative led a tour of affordable housing projects that are bringing green design and architecture to neighborhoods where such strategies weren’t [Read More]