For the past 54 years, Alfonso Glenn has lived in Strawberry Mansion. Born in the 1960s, Glenn has experienced decades of change, but still believes some of the same issues plague his community.

Growing up during the peak of the city’s crack epidemic, Glenn found himself dealing drugs on the corner because it was the “cool thing” to do. One day, a bullet blew through his left arm and lower abdomen. The wound (below) sits as a faint scar among the names of his 11 children tattooed on his arm.

Today, Glenn is a block captain, community mentor and father figure to both his children and others in the neighborhood. It was his children that led him to change his ways and step up as leader in Strawberry Mansion. 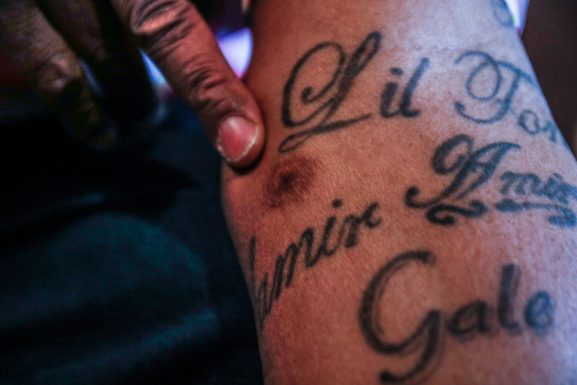 What does being a leader in Strawberry Mansion mean to you?

I deal with a lot of the younger guys. I never tell them what they doing is wrong because I don’t know what the situation is. But at the same time I always try to steer them a different way based on experiences,  saying, “Man I was there, this won’t get you anywhere.”

On these rowhomes, my house is the hub station. Whatever they wanna know—I’m not talking gossip or anything. I’m talking about how to get to the next level, they come here.

That’s why I take time out with other people’s children. The little ones up to the young adults. I’m respected in the neighborhood. It’s not respect on fear or anything, it’s respect on being knowledgeable and having time in here, 54 years and stuff. And some of them may know some of the stuff I used to do, but they see me as a family man and a husband. 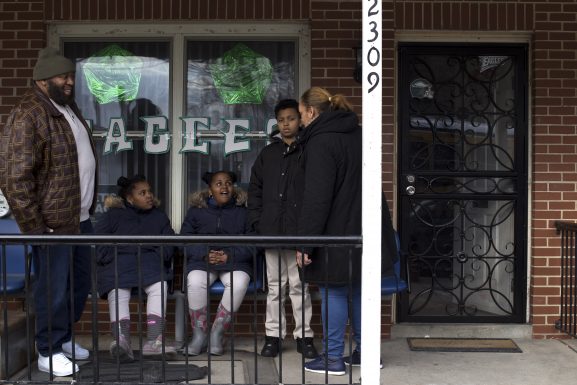 What inspired you to become a leader here?

The love I have for my community. Being here for 54 years. When I was a product of my environment, I helped destroy my community because I was out there doing stuff I had no business doing.

(Now) the love I have for my community, for my neighbors, for my family. I have 11 children and you can’t teach your child what not to do if you’re doing what you don’t want them to do. That’s what made me wanna change my life.

It’s what you want out of life. I tell my children, “How do you wanna be remembered when you’re no longer here?” I want more for my children than just leaving them a last name and an insurance policy.

What does an average day look like for you?

My wife and I, we get up early at 4 a.m. We talk about whatever story is going on in the news and what we have to do for that day or this week coming. We are involved in a lot of things. Then we get the children up and make sure they’re well groomed.

Once they get to school, my wife and I are home doing chores, washing clothes, folding, sweeping or cleaning up outside. We go to different meetings in the community and then we come back and cook dinner. When my two sons come home from work, we already be eating dinner. Then we help with younger kids with the homework. You’re never bored in here. There’s never a dull moment.

I wouldn’t change that for nothing in the world. I have a friend of mine who’s doing life in jail. He’s been there for 29 years now and when I speak to him on the phone and he hears what going on in the background, I’ll hear him chuckle and say, “I sure would like to be home to experience what you experience.” 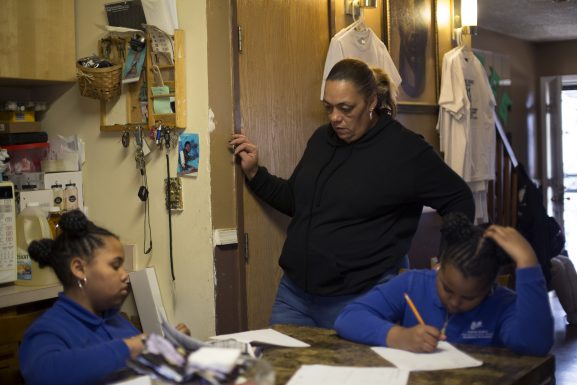 What are some issues you see in your community?

We have a lot of folks that come into the community and they latch onto us as community leaders and advocates normally around election time. They come around two or three months before election time with promises. Then, after the officials get elected, it is like they sweep us to the side. They only use us for the vote, we can’t get stuff done. I say, come out and look for a community leader and you sit down and have a meeting with them and pick their brain on their ideals. 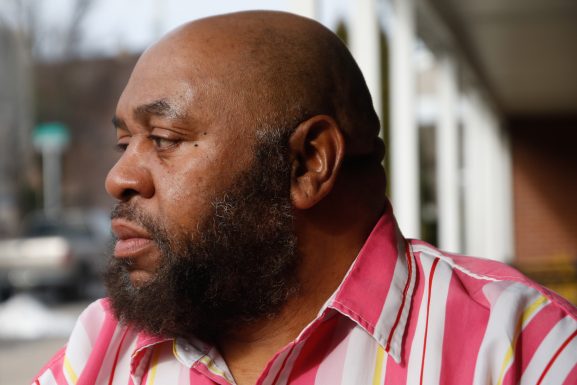 A lot of good teachers we get come here to work for a couple years in this type of community and then go to another school up in Society Hill or whatever, but they might have been a good teacher. That leaves our children behind.

-Text and photos by Kait Moore and Jennifer Kerrigan.

With summer approaching, more people will be taking their fitness outside, be it in parks or on the streets, on bikes or on feet. But if you’re searching for somewhere out of the ordinary to [continue reading…]

Orissa Adams, the dean of students at the William D. Kelley School, is working to provide her students with as many resources as possible while on a limited budget. She was recently awarded a $500 grant toward [continue reading…]