Max Ochester, owner of Brewerytown Beats at 27th Street and Girard Avenue, moved to Brewerytown in 2010, a few years before it became the “up-and-coming” neighborhood that it is now.

In late 2014, Ochester’s developer friends bought a property in Brewerytown and asked if he would like to open a small business in the location. He agreed and three months later was working full time at Brewerytown Beats, the neighborhood record shop.

Initially the store struggled, as a lot of small businesses do.

“My first store location was off the main strip, I didn’t have any money because any money that I did have was going into buying records,” Ochester said. “And then when I first moved to my new location it was a Saturday morning and the shop was filled with people and I like started tearing up.”

Brewerytown Beats was among the first wave of businesses and people moving into the neighborhood.

“The first wave of newcomers kind of started like 10 years ago,” said Marco Baker, resident of Brewerytown and developer at Design Pro Development. “A lot of them are artists or craftspeople and they came in and rehabbed their own places.”

Because he’s a well-established businessman and because of the nature of his work, Ochester has a special relationship with the people in the community.

“Part of my business is going into people’s houses to buy records and records are very personal,” Ochester said. “So I have like an instant connection with people because I try to make them see that we’re recycling their records and getting them back into the world to people who are going to love them.”

The story of Brewerytown Beats opening is similar to many other stories in Brewerytown. In the past 10 years, the neighborhood has seen a flourishing of new housing and business developments. Ochester’s company is a success story in Brewerytown, but not every new business has been as lucky. 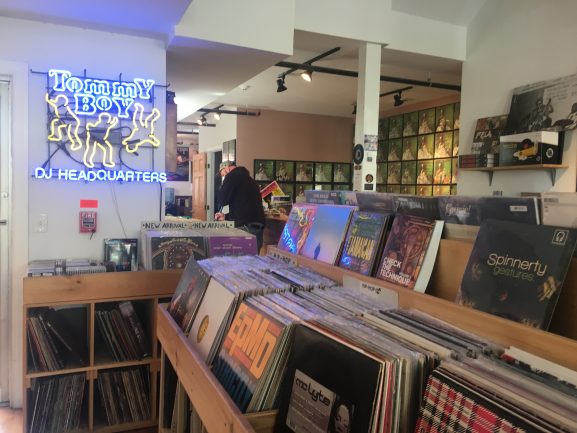 Ochester said he has seen a few businesses fail within a year of opening. He’s also seen some long established businesses shut down for fear of competing with new businesses and increasing rent prices.

Developing company MMPartners came into Brewerytown around 2001 because they saw an opportunity to help grow a community that has been through some hardships. Aaron Smith of MMPartners said his company was particularly interested in Brewerytown because of the high rates of home ownership.

“When you look through communities, no matter where you are in the United States, there’s a large difference between communities with high ownership and the attention that people pay to their blocks and to their homes,” Smith said.

On top of the high home ownership rates, MMPartners was attracted to the retail corner along Girard Avenue.

“At one point decades ago we saw a lot of the stores that people loved going to shut down,” Smith said. “So the approach there was to focus on the retail corner to try and bring amenities that everyone can use because we were seeing people leave Brewerytown to go spend their money elsewhere.”

MMPartners has tried to listen to the neighborhood residents when developing companies. So far they have developed the Dollar Tree, Brewerytown Bikes, the Monkey & the Elephant, and many more with the main objective to bring amenities to the community for everybody to use.

With all of the new developments in the area, Brewerytown housing has seen some spikes in property values. Five years after moving to Brewerytown, Ochester started looking at properties to buy a house. 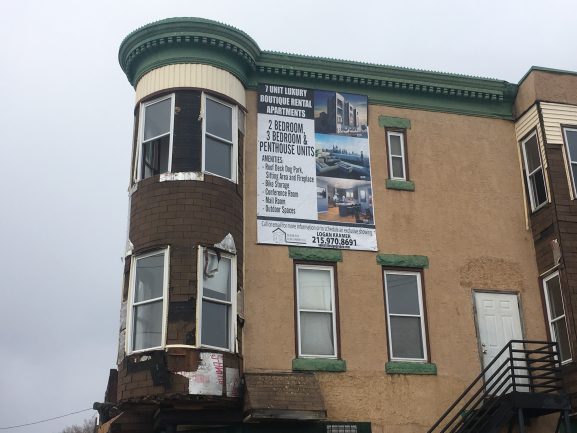 “My wife and I looked at a property about five years ago that was an abandoned garage that Realtors bought from the original owners for $20,000,” Ochester said. “The Realtor tried to sell it to us for $80,000 and I think it eventually sold for $150,000.”

According to Ochester, the highest listed price for a property in the neighborhood is $500,000, which is a stark difference from years ago when properties were being sold for around $5,000.

While it may seem like a quick increase Smith said, “Brewerytown has developed a lot slower than a lot of other neighborhoods in Philadelphia.”

However, with property prices increasing in the area, it makes sense that some residents are not overly happy with the changes to the neighborhood. According to the 2016 Census, the median household income in the 19121 ZIP code is around $18,000 a year.

“It’s not everyone,” Baker said, “but there is a strong contingence of locals who feel like they’re being pushed out and being priced out.”

While new developments can be a negative to long-timers in the neighborhood, bringing in new residents is beneficial for small businesses like Brewerytown Beats. 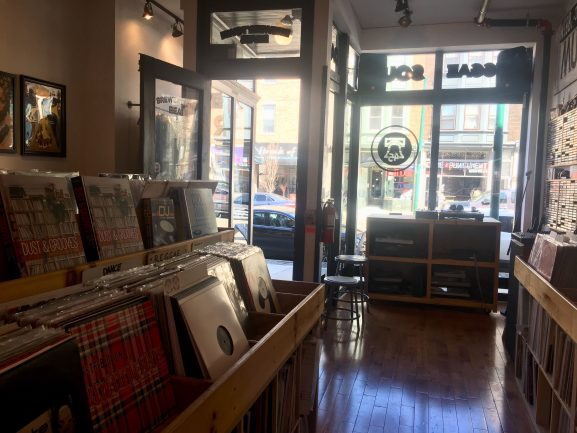 “I feel like the crazy increase in prices is pushing people out,” Ochester said. “But from a business standpoint I need more people because I need more customers.”

Ochester’s business has a good relationship with Brewerytown because of the nature of his work, but he hopes that new businesses to come will reinforce the feeling of community in the area.

“I’m hoping that the new businesses coming in put in the time and effort to to reach out to the existing community,” Ochester said. “Because it would really suck if they didn’t.”

From her post at the helm of the Point Breeze Avenue Business Association, Ella Butcher routinely deals with big league movers and shakers to attract new business to The Breeze. After hours, however, she meets with a [continue reading…]

With so many organizations, figuring out whom to trust for help can be difficult for Philadelphia veterans. Some services will even come to veterans directly, like the mobile resource center based out of the Philadelphia [continue reading…]

Jay Pross never thought he would own a clothing store with more than 100 of his designs on display. He also didn’t think that his hand-painted T-shirts would go on to become a major hit in [continue reading…]