Women dominate the nonprofit field, making up nearly three quarters of all employees in the sector, yet they still face barriers when trying to obtain leadership positions.

While the struggles women face in the nonprofit world, such as the wage gap, are not unique to the sector alone, they are, perhaps, surprising for a field that frequently emphasizes social justice and idealism.

“As a sector, we’re supposed to be working on behalf of the public good, and so I think there is an expectation that we’re going to be the ones that are showing everybody else how it’s supposed to be done,” said Laura Otten, executive director of The Nonprofit Center at La Salle University, which works with organizations to help improve nonprofit management, operations and government.

But Otten acknowledged this isn’t the case.

“I think the fact that we see the exact same pattern in the nonprofit sector as we do in the for-profit sector suggests the power of the dominant model in society,” Otten said. “We’re repeating the old boys club.”

In executive leadership roles, women tend to lead at smaller nonprofits, where the operating budget is also smaller, Otten said.

That’s the case for Colleen Kelly Howard, executive director of Girls on the Run Philadelphia, a branch of the national nonprofit that creates programming centered around running to help girls learn confidence and build social skills.

Howard is the first paid director at the nonprofit branch, which has been in existence for more than five years now. When the Philadelphia branch began, the executive director who served before Howard took on the position as a volunteer and focused on fundraising to grow the small nonprofit.

Howard took over the executive director position about four years ago, starting out working part time.

“It was also the perfect intersection of life and work,” Howard, a mother of three, said. 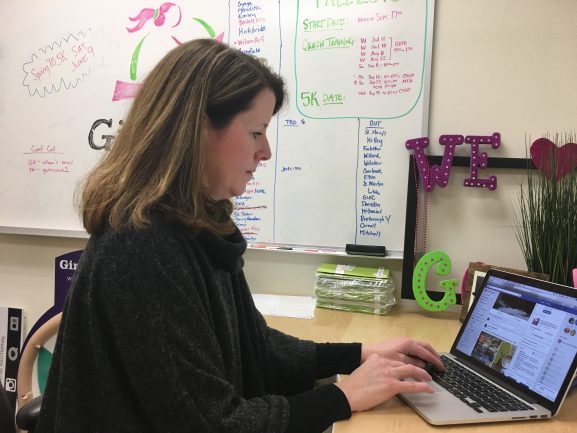 Howard has since moved into a full-time position, and under her leadership the number of Girls on the Run teams has grown from 10 to about 35 teams spread across Philadelphia.

Howard said that Girls on the Run’s female focus attracts many women to leadership positions within the organization, from serving as coaches to leading committees.

“I do think that some of these female-focused nonprofits that are sort of emerging more over the past couple of years are really giving women the opportunity to be leaders,” Howard said.

But even when women are leading, they aren’t making the same pay as their male peers.

According to GuideStar, women chief executives at organizations with budgets of $2.5 to $5 million — which accounts for a large chunk of the nonprofit sector — make about 23 percent less than men in the same roles.

“One thing that happens in the nonprofit sector, and it happens in other sectors, when women start to rise to the top, the value of the jobs goes down pay wise,” Yeakel said.

Yeakel said that having women leaders can be essential for correcting wage gaps.

“There’s a lot of history of when women are in leadership roles, they’re more likely to look at gender issues and disparities and be intolerant of gender bias because they’ve experienced it,” Yeakel said.

But when it comes to nonprofit boards, women aren’t holding the majority, or even half, of these leadership seats.

Women compose 43 percent of all nonprofit board seats, but only 33 percent of seats at nonprofit organizations with incomes of $25 million or more, according to a study from The White House Project.

“If, for example, boards are doing what historically too many did, which is to build their board from their own phones, we’re not going to get any kind of diversity whatsoever,” Otten said.

Some nonprofit organizations, however, are working toward greater gender diversity on their boards. Otten said this is because of encouragement from funders who are seeking diverse projects to invest in. Other organizations are simply seeking to better represent the groups of people they serve.

Lauren Cristella is the chief advancement officer at the Committee of Seventy, a nonprofit that works to improve government in Philadelphia and all of Pennsylvania. Cristella said the nonprofit’s board is working toward the goal of having an even 50-50 split between men and women members.

“The nonprofit world in general, and the Committee of Seventy in particular, their leadership should represent the communities we’re serving and the population is 50-50,” Cristella said, adding that it’s important for boards to increase all kinds of diversity. 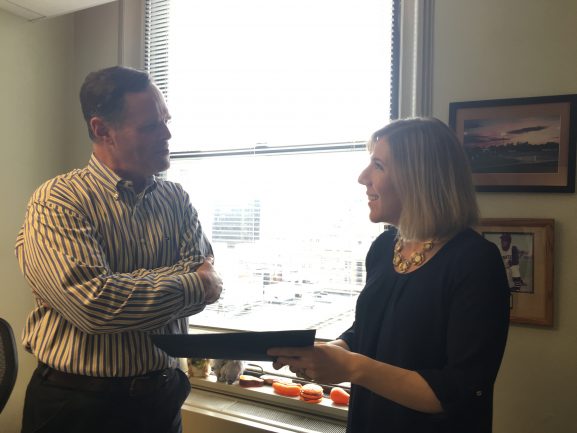 Currently, women compose about 35 percent of the 68-member Board of Directors at the Committee of Seventy.

“I do think it’s because we’re fighting systematic oppression and biases that have shaped leadership at all levels,” Cristella said. “And we’re making improvements on that. And as long as we continue to march forward on that I think we’ll see gains.”

Cristella said that gender disparities in society at large can affect diversity on nonprofit boards because many board members come from the private sector.

For Howard, gender diversity on the Girls on the Run board is something she also hopes to achieve. But finding women to join the board isn’t the problem.

The 12-member board is entirely made up of women. Howard would like to see this change.

“We’re trying to change our diversity the other way and get a couple men on the board,” Howard said.

Otten echoes this sentiment on diversity. She said that she encourages nonprofits that come to the center to seek diverse identities and skill sets for board membership.

Dating back to the 1680s, when it was a just small part of Germantown, the neighborhood of Mount Airy has a rich history that has shaped the diverse and tight-knit community that it is today. […]

The different types of restaurants, shops and boutiques on Germantown Avenue underline the fact that Chestnut Hill has plenty to offer for everyone no matter what their background may be. For example, people who enjoy […]

“I’ve always been into dresses,” Atiya Lewis said, her voice filling the basement studio on North Moss Street in West Philadelphia. All around, curvy mannequins eavesdrop. They’re dressed in embellished evening gowns, as if awaiting […]