Michelle Dewey is from Wilmington, Delaware. She makes the drive into Philadelphia everyday and hopefully, depending on traffic, it will only take her around 30 minutes. It’s a blistering hot Sunday afternoon when she arrives at her store and with her giant IKEA bag in hand. She immediately starts restocking the shelves.

“It’s like free therapy,” Dewey, owner of Mesh Vintage at 1820 East Passyunk Ave., said. “When I come here it’s taking me away from the sad things in my life right now. I spend a lot of time in a hospital, and I spend a lot of time doing paperwork. Life can be really scary and depressing and when I come in here I’m surrounded by colors, prints and fabrics. And every dress tells a story.” 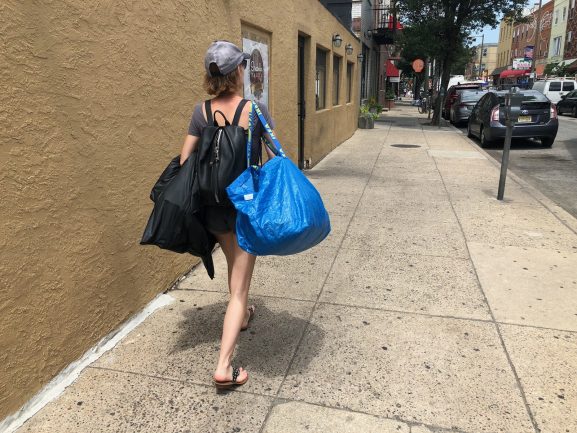 This isn’t a typical day for her, as no day really is. There is no more normal, as the hours for her beloved store are constantly changing depending on the health of her husband, Casey Grabowski. Grabowski is fighting stage IV pancreatic cancer, and as if that weren’t stressful enough, Dewey must also worry about the harsh reviews some customers have posted online about her inconsistent hours. 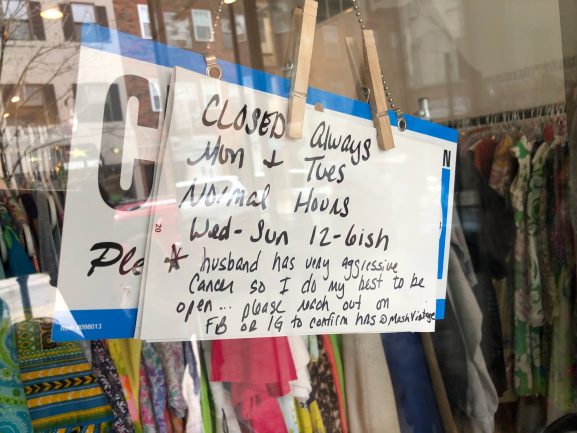 Monday and Tuesday are “chemo care” days for Grabowski. So, on Mondays, he and Dewey drive down to Johns Hopkins Hospital in Baltimore, Maryland. They may spend up to eight hours there while he receives his treatment. Tuesdays are dedicated to his homecare and recuperation. Dewey prepares his meals and gives him his medicine. These days can be hard because the side effects of chemotherapy can be very severe. Many patients suffer from nausea, fatigue, vomiting and loss of appetite. While her husband sleeps, Dewey spends her time on the phone with various bill collectors.

The rest of the week is based on how her husband feels. Dewey posts her rough hours for the week on her social media platforms to keep customers in the loop. Her Facebook and Instagram accounts are big for her as it’s a way for her to stay connected with her valued customers. For Dewey, they aren’t just customers, they’re her friends. 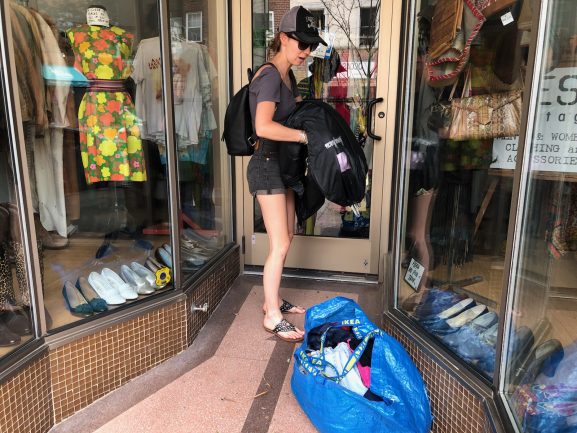 Dewey has always had a love for fashion. As a child she went to garage sales, yard sales and thrift stores searching for vintage pieces. At age 14, she got a job at the local Goodwill and kept that job through high school. She would bring home bags upon bags of clothing. Even after she graduated and worked for a corporation, she would still find herself spending days off thrifting. After years of collecting and realizing she had a storage unit full of vintage clothes, Dewey needed to make a decision. Either give away years of handpicked clothes, or open up her own store.

Some found it peculiar Dewey decided to open her shop in Philadelphia, seeing that her home is in Delaware, but she knew Philadelphia was the place to fit her customer base best. 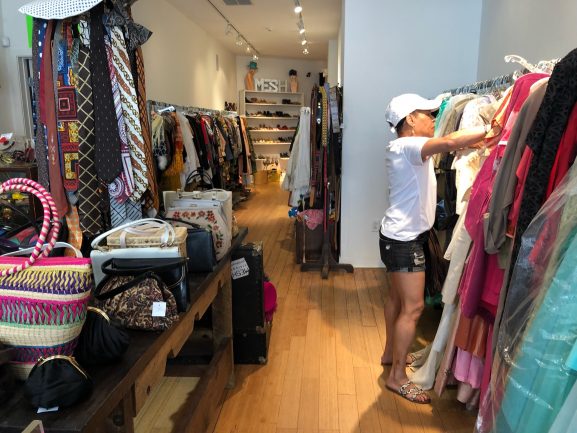 With everything going on in Dewey’s life, throwing in the towel and giving up, would be the easy way out. But, that’s not her style. She has a lot to stay motivated for. Including interacting with her customers because those relationships really help during this very tough time.

Her husband’s illness isn’t the only thing Dewey is fighting right now. She is also about to lose her health insurance, which many small business owners are dealing with. Her husband’s work insurance is about to expire and he’s making a slow transition to Medicaid, so a difficult situation could soon become tougher situation. Dewey will either be uninsured or have to buy insurance on the market, often at an astronomical price. Although Grabowski is insured, not all of his treatment is covered. According to the Pancreatic Cancer Action Network, 39 percent of pancreatic cancer patients had a financial burden worse than they had anticipated.

“Patients who are unable to work may need to get healthcare coverage through a spouse or through the Affordable Care Act Marketplace plans,” Andrew McLean, specialist at the Pancreatic Cancer Action Network explained. “Small business owners face a particular set of problems since they typically have few employees.”

This is the case with Dewey. She has no employees besides herself and this makes it harder to find a place willing to help with insurance.

“I have Obamacare and thank god because I couldn’t pay Cobra,” Styer said. “That’s crazy for one person.”

There are some helpful non-profit organizations for small businesses. But, so far, none have been helpful toward Dewey’s situation.

“The problems with those organizations are the rules for support,” Dewey said. “Be it financial or grants, it is so stringent. It’s almost insulting.”

She applies for multiple forms of assistance and has been turned down the majority of the time. 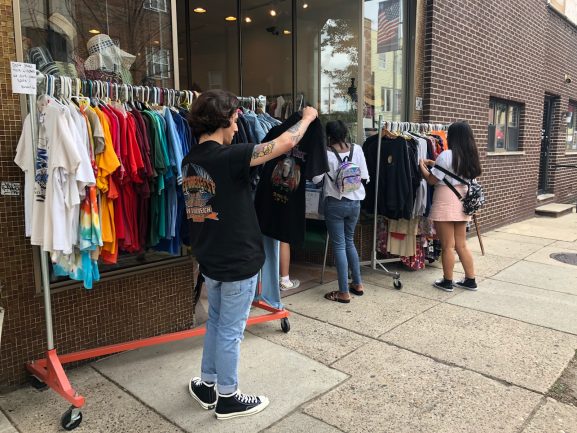 In 2017, Forbes published“Top 10 Things That Keep Business Owners Up At Night,” an article by Jim Blasingame aimed toward small business owners, which states that according to the National Federation Bureau of Independent Business, the number one issues are health insurance related.

Dewey created a GoFundMe page on a whim when her husband stopped working. It was rather successful when it first started, but eventually the funds began to dwindle and people stopped donating. It became old news and the majority of the money that has been raised using GoFundMe has already been utilized. 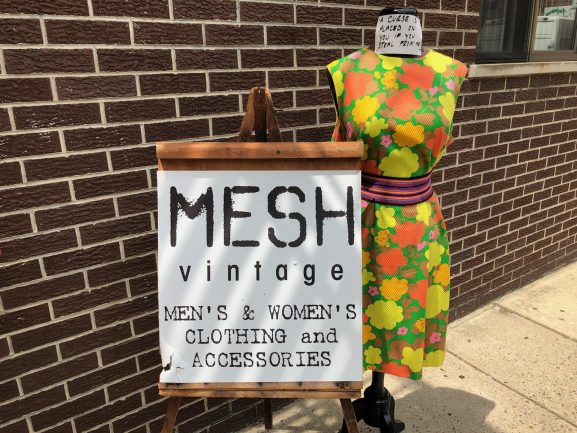 “Number one is my husband’s care,” Dewey said. “If he’s sick or doesn’t feel well, I can’t be present and I can’t open my business. That is the way it’s always going to be. Second is the business, it is my child.”

-Text and photos and by Elizabeth Siegel.

The Nicetown-Tioga Library dates back to 1961 and inhibits a space which was called Linton’s Restaurant. The current adult/teen librarian, Marsha Stender, is not just your average librarian. She also gives encouragement, confidence and hope [continue reading…]

Since 1890, the Philadelphia Protestant Home has been welcoming residents into its doors as a non-profit senior living community tucked in Northeast Philadelphia. The facility currently holds more than 600 residents ranging from different levels [continue reading…]