Sundrop Carter of the Pennsylvania Immigration and Citizenship Coalition recently celebrated her five year anniversary with the organization. Now in her third year as the executive director, she enjoys working to infuse the collective thinking of those seeking justice for immigrant communities across the state.

What influenced your current focus on immigration?

It sounds bad but my focus, I would say, is on racial and economic justice which are big issues. You can address racial justice in a bazillion different ways. So coming to PICC was the opportunity in front of me and a way about being able to talk about racial justice issues from a different lens.

I think the interesting thing about doing immigration work is that it very very quickly comes to the heart of who we are. Because when you say “who’s American,” immigration is all about who gets to be an American and who doesn’t get to be an American. Which in this country, you can’t talk about that without talking about race.

When I came to this job, I wasn’t necessarily the forefront of racial justice work or anything, but it has been a really interesting lens through which to challenge these structures that marginalize some people. And immigration is very much tied to just doing racial justice work as a whole in this country because the immigrants that automatically become an American happen to be white. 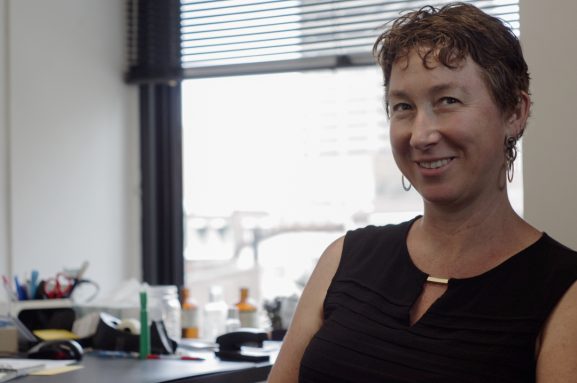 What kind of services does PICC offer other than voter registration for new citizens?

We are primarily an advocacy organization so we actually don’t do a lot of direct services. I think that the voter registration at the [naturalization] ceremonies is in some ways the only true individual service we offer, and it’s pretty limited.

Appallingly, when you become a United States citizen you’re not offered a voter registration form automatically. It’s not in your paperwork. It’s not even in the “welcome to being an American” packet where they give you lots of other things, but they don’t give you a voter registration form. So if we weren’t at ceremonies, literally thousands of people who become U.S. citizens in Pennsylvania, no one would ever ask them to vote.

Most of what we do as a coalition our “services” are really toward our member organizations. We offer a lot of trainings and put together a lot of education materials. A lot of our trainings are open to the public so on our website calendar of events we post any kind of trainings we are doing that are open to the public in general. And then we do put together a lot of educational materials and advocacy materials that people can use within their personal or organizational lives to advocate for pro-immigrant and pro-refugee policies.

In what ways has PICC helped facilitate the Shut Down Berks movement?

We were one of the founding members of the coalition in late 2014. Early 2015 is when groups started coming together to shut down Berks. So we’ve been a part of that campaign since the beginning and helping with advocacy efforts and building a strategy. The campaign at this point has expanded a little bit — there’s more organizations and individuals that are part of the organizing team behind the campaign. For the last year, there’s been an interfaith group that’s been hosting monthly vigils at the detention center itself, and then for the last four to six months we’ve been hosting regular webinars which we’ve been kind of calling them lobby webinars but it’s basically just an education about what is the detention center, the history of it, why it should be shut down and then how we can shut it down. It’s basically a training for anyone interested.

We don’t view this as a centralized campaign or everyone must come and ask us permission to advocate, but if we give people the tools and the resources, then people can use those tools and resources to advocate for the closure of Berks and they’re operating off a good, solid foundation. The monthly webinars are basically giving people that really good, solid foundation of information and advocacy tools so that they can be well-informed and accurate advocates to shut down Berks. We have also been doing monthly call-in days to the governor’s office because he has the power to shut it down if he wanted and the governor is a lot closer than the president. And probably a little more rational. 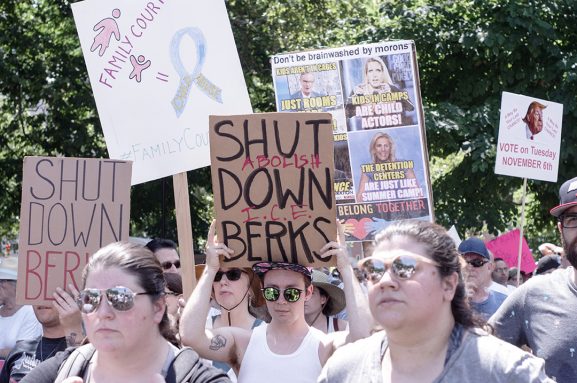 What’s the best part about being a social activist in the city of Philadelphia?

Because as we work statewide, you go to some places in the state and there is not that network. Maybe there’s two people who are publicly outspoken activists. It can be a lonely game in central Pennsylvania and western Pennsylvania. I think that’s something that I have a newfound appreciation for. The more we do work in other parts of the state, it’s really nice to come back to Philly and know that there’s like 10 people that I can call and be like, “What do you think about this idea?” Or, “What are you working on?” There’s a really strong community and a strong commitment to pushing forward progressive issues that really lift up and support marginalized communities. We’re working to help create that in other places, but it’s nice to be in it.

Nicetown: Empowerment Starts In The Kitchen

A youth advocate, chef and lifelong North Philadelphia resident, Ariq Barrett saw a lack of role models in his community and wanted to reach youths on a different level. His solution? Black Boyz Can Cook [Read More]