“We blast out the meetings every month,” said Ginaldi. “We have multiple meetings, we don’t just have one.”

The 39th Police District serves a portion of Northwest Philadelphia that includes much of East Falls, Alleghany West and Germantown.

As per usual, the topic of the evening revolved around how to keep the community safe and decrease the amount of crime in these neighborhoods. The crowd consisted of eight women and two men raised concerns about loitering in the neighborhood, theft, guns and the presence of unaccompanied minors.

“This is the usual; these are my ladies,” Ginaldi said as he gestured to the women who surrounded the table. “They come to every meeting we ever have. They are out there at food drives, movie night, every event.”

The women in attendance live all over the 39th District and said that the strong bond and trust that they have with these two officers is what keeps them coming back. 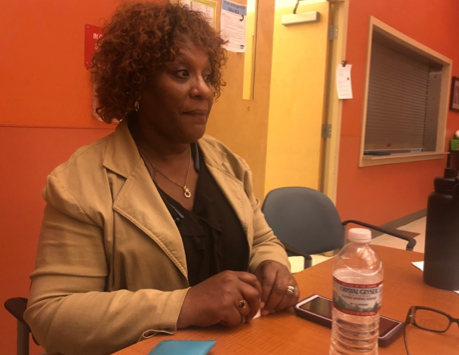 “There are a lot of good cops, but we have the best cops,” said Cindy Williams Frank (pictured above), an East Falls resident and active community member.

Having community members at the meetings and reporting tips are crucial for the officers to solve crimes and keep neighborhoods safe, Ginaldi said.

“I’ve been here for 22 years,” Lukaitis said. “I get a lot a lot of information. They tell me stuff that you just can’t imagine.”

The officers try to elicit information while understanding and respecting the fact that sharing what they know or hear can put those who live in the communities in a difficult situation.

One of the meeting’s regular attendees is George Stevenson (pictured below), the constituent services representative for the City Council 8th District headed by Councilwoman Cindy Bass. 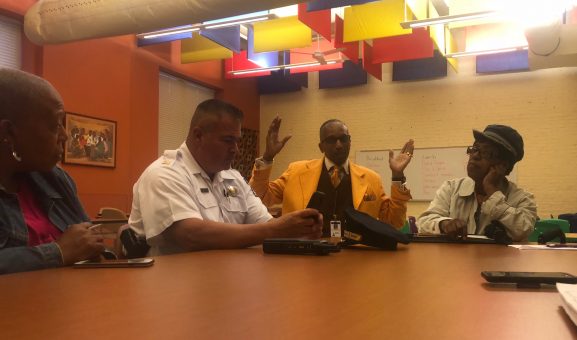 “Oh here we go,” said Ginaldi as everyone turned to watch Stevenson enter the room. “Look at this heavy hitter. The only man I know that can wear orange and make it look good. He’s always got a matching hat, too.”

Stevenson isn’t just a political operative; he lives in East Falls and works all across the district. Stevenson and other attendees said these communities used to be places people wanted to live, and lowering crime is key to bringing families back.

Throughout the meeting, attendees offered several suggestions for improving the community. Ideas included a possible increase of police presence, new and improved laws, and strategies for attracting people and businesses to the neighborhoods in a way that would help decrease crime. 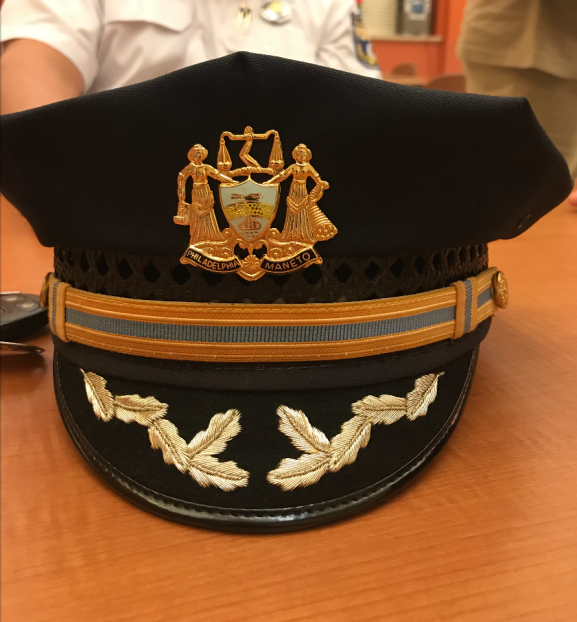 Stevenson said that a stronger police presence would drive away the crime and having officers sign a logbook would indicate how frequently a neighborhood was patrolled, thus proving or disproving his idea about the benefits of police presence.

Unfortunately, there is a lack of funding available to enhance the amount of patrolling that these citizens are asking for, Lukaitis said.

Residents said their primary concerns are gangs that control the lower east end of Germantown Avenue.

“We have had a lot of gun violence out there, especially due to gang affiliations such as PnB, which is Pastorius and Baynton or Haines and Morton,” Ginaldi said. “There is a lot of gang conflict in that neighborhood.” 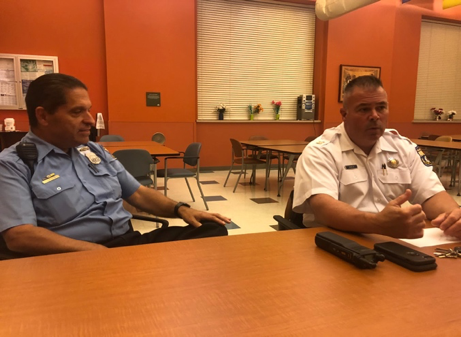 Ginaldi and Lukaitis (above, left) said these meetings are a safe space where each side is able to voice their concerns, as well as their opinions and ideas.

Even if the issue isn’t an emergency the officers encourage citizens to call 311, a line for Philadelphia residents to report more minor, mostly municipal issues. The line allows people to report things like trash, abandoned cars or houses, and overgrown lots.

From there, operators and officials will supply the necessary tools and people to fix the problem.

“I’m getting quick results,” Lukaitis said. “The best I ever had was three hours later the issue was fixed.”

-Text and images by Kira Runk and Elizabeth Leer.

Will Detweiler moved his family from a small farm in Montgomery County to Chestnut Hill in the late 1960s. Detweiler was drawn there by a number of factors, but the community itself was at the [Read More]