Chants of, “Stand up! Fight back!” echoed throughout LOVE Park on Tuesday, Oct. 23. Hundreds gathered to vocalize their concerns about recent threats to transgender civil rights and to show support for the transgender community.

The Rally for Trans Existence and Resistance, hosted by the Mayor’s Office of LGBTQ Affairs, Trans Equity Project, ACLU PA and William Way Community Center, was held following the Trump administration’s latest effort to redefine gender. The new definition would recognize a person as being either male or female, based on their genitalia at birth, and unchangeable thereafter.

The evening began with speakers, most of whom were transgender, describing their experiences as people navigating a cisgender world. Some shared they had been previously sexually assaulted, sexually harassed or disowned by family and friends.

“Shortly after being pushed out of school, just four months shy of graduation, I was also kicked out of my house,” said Hazel Edwards, community organizing director for Attic Youth, as she fought back tears. “To me, my gender is non-negotiable, it is not something that can be erased. I am here as a transgender woman of color.” 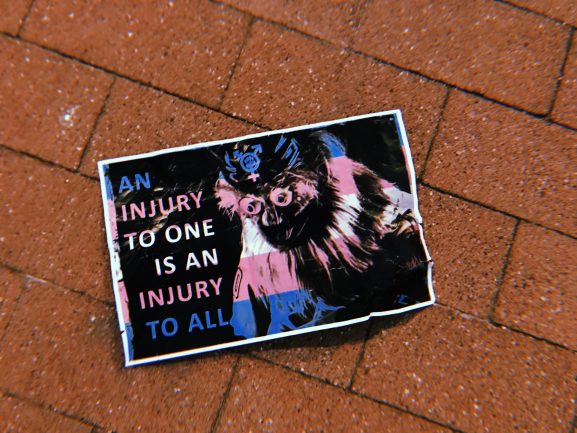 Throughout the rally, individuals from the LGBTQIA+ community took the stage and expressed what must happen in order to incite change, including encouraging citizens to vote in the upcoming midterm elections on Nov. 6. 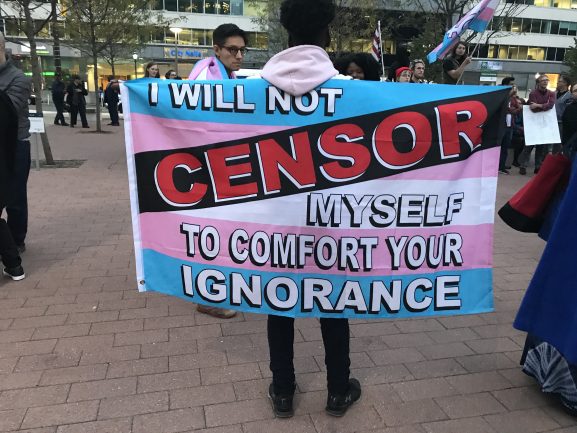 Milan Sherry, the coordinator for the Trans Equity Project, spoke on what the community can do to help make a difference, beyond engaging with President Donald Trump, the 45th president of the United States.

“It starts with us, it starts here,” Sherry said. “We can’t address ‘45’ without addressing things local first.” 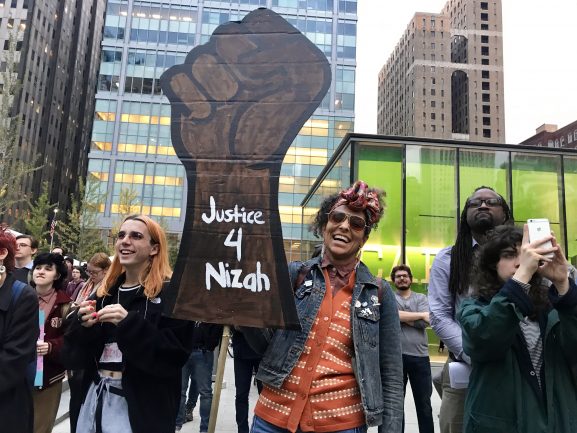 Protesters held signs that expressed a variety of perspectives, some of which included dedications to murdered transgender people. Allie Steranko (pictured below), a transgender woman and sexual assault survivor, attended the rally. She said there should be more active representation from transgender men and non-binary people of color. 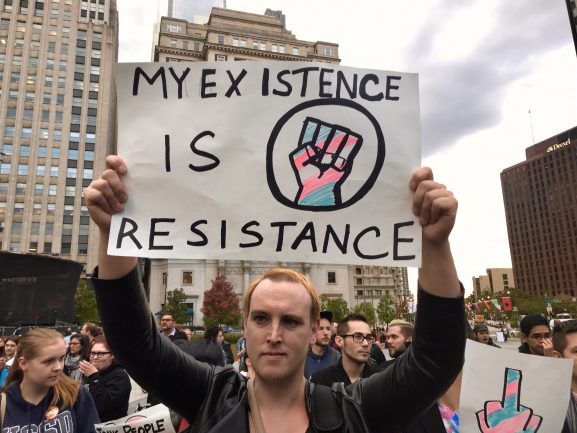 “The power structure skews white, middle class femme, which is me,” Starenko said. “I kind of want to try to take a backseat, and try to make sure people are represented and given voices.” 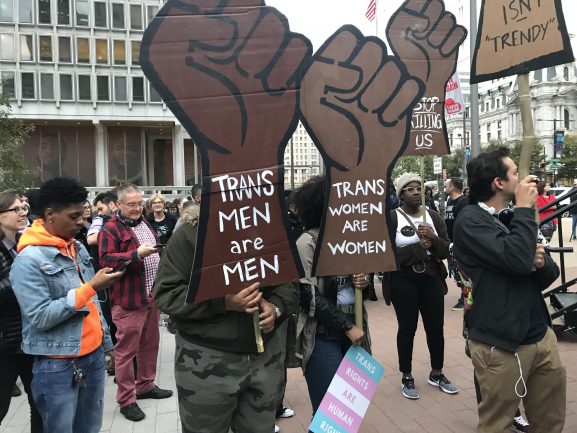 Immigrants trying to establish a new life in Philadelphia face many barriers. Financial hardships and finding a place to live can be especially arduous if they lack what most locals take for granted – like [Read More]

The visually stunning windows of Sophy Curson on the corner of 19th and Sansom streets stand out in the sea of industrial and vintage-looking storefronts. The slanted tile roof and floor to ceiling windows are [Read More]