In the middle of Northeast Philadelphia’s Mayfair neighborhood, the Rodriguez family retains their Colombian heritage by speaking Spanish in the house, listening to Colombian music and cooking traditional Latin American foods like arepas, sancocho soup and rice and beans.

Julieth Rodriguez, 22, immigrated to Philadelphia from Bogotá in 2016 with her now 7-year-old daughter Maria Jose-Rodriguez to join her father, 60-year-old Luis Humberto Rodriguez, who moved to the United States in 2001.

“I try to talk with [Maria] about Colombia and she also remembers some stuff, but…there’s some things I can’t do for her,” Julieth said. “She’s at the school a lot. I can’t be there like, ‘Are you learning Colombian stuff or United States stuff?’”

For each generation of the Rodriguez family, the immigration experience into United States culture came with a unique set of challenges.

The first generation: building from the ground up

In Colombia, Luis owned his own businesses. He sold medical supplies in one company and children’s toys in another. He often visited the United States to purchase merchandise and said his businesses were lucrative until the Colombian economy took a turn for the worse.

So Luis permanently moved to the United States in order to support his family, giving up his businessman title to become a dishwasher and then a landscaper. 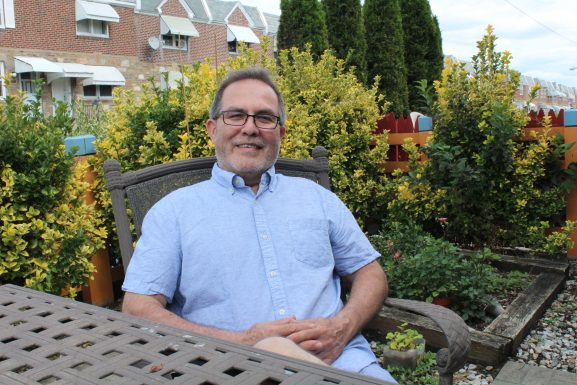 “When I came here, nobody was waiting for me,” Luis said. “I don’t have some persons who can support me who said to me, ‘Would you like food here? You have at least this bed, this place for you to rest for you to sleep.’ Nothing.”

He now works at an auto body shop in Bensalem.

“In my country, I was a boss,” Luis said. “I had people working for me. You can feel the difference and realize you are nothing here.”

Luis rebuilt his life from scratch, saving money to buy a home and learning English from cassettes before enrolling in ESL classes at the Community College of Philadelphia. Luis feels nobody understands how difficult it is for immigrants his age to learn English.

For Julieth, who was 20 years old when she moved to the United States to reunite with her father, the immigration process was different.

Luis originally came to the United States on a mixed tourist and business visa, which allowed him to stay and work temporarily in the country as an immigrant. But for Julieth and Maria, arriving in the U.S. with a green card allowed them to immediately be classified as permanent residents. Different legal statuses give immigrants different rights and responsibilities, such as the ability to work and the requirement to pay income taxes.

Now, Luis is a permanent citizen like Julieth and Maria.

Julieth currently works in home care on the Main Line while pursuing a general business degree at CCP.

“[My father] was the one who started working hard and who was alone here,” she said. “We came here, but it’s not the same thing. We don’t have to work so hard to eat, to send to our family, so we are just focusing on studying and other things.”

But assimilating into the culture of the United States still comes with its own challenges for Julieth.

She said it’s difficult to come from a well-off, academic background in her home country only to be treated so differently here.

“The only question that everyone is asking here, ‘Are you legal or illegal?’” Julieth said. “‘Did you get married or not?’”

The third generation: responsibility at a young age

While Julieth sometimes gets frustrated with her new surroundings, she doesn’t think her daughter does in the same type of way.

Instead, Julieth feels Maria’s main struggle is adjusting to a new kind of familial circumstance. In Colombia, Maria was surrounded by a large, close-knit family. But her circumstances are different in Philadelphia.

“The mentor here is just me and my father,” Julieth said. “But in Colombia, we have her aunt, the grandmother, grandfather, the neighbor. But here…some people is polite, but not everyone. Everyone is like myself, my deal, my thing. But nobody cares about others.”

After living in the U.S. for two years, Julieth said speaking English is still her biggest challenge. She began learning English in Colombia, during elementary school, but said she freezes up when speaking English. While she understands everything, Julieth prefers to stay quiet in class.

Sometimes, she gets help from Maria, who will help translate for Julieth in places like supermarkets or restaurants.

“She learned so fast,” Julieth said. “She started talking [English] in like six months, and right now you can talk with her and sometimes [she’s] even better than me.”

As the Rodriguez family has fewer people to help out than in Colombia, Maria will often accompany Julieth to work, which brings the two close together. But Julieth notices the effects the added responsibility has on her daughter.

She added that in some ways immigration is more difficult for children because they can’t go back to their home countries, even if they want to.

In her new home, Maria’s friends are all American, and the kids speak English to each other. So,Luis and Julieth work together to help preserve Maria’s Colombian heritage.

The differing assimilation experiences are common among immigrant family members of different generations.

Clarissa Gonzalez, a community development associate at SEAMAAC, an organization which supports immigrants and refugees as they seek to better their lives in the United States, said younger generations tend to assimilate more with the U.S. culture. They are more interested in what their friends are into and have less interest in holding their heritage as close as older family members do.

“You adapt more easily to your surrounding environment, and also you can feel a certain type of pressure to conform,” Gonzalez said. “They’ll speak English outside, but when they’re home they’ll have to speak their language so their parents understand them.” 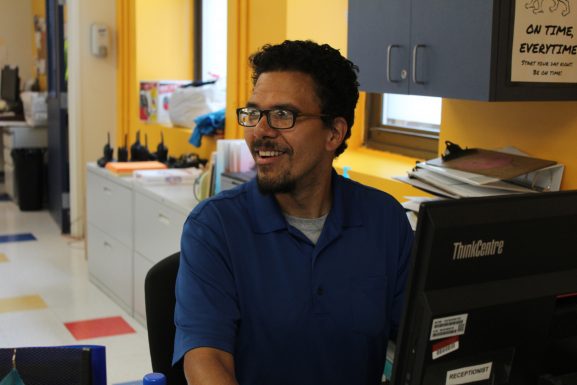 “Many of our parents here at ICS do raise their kids with their culture, but understand the kids are now living in America and they’re learning the North American culture,” Fernandez-Sheinbaum said. “Whether it’s music, dance, food. … It all becomes eventually mixed.”

Fernandez-Sheinbaum, who immigrated to the U.S. from the Dominican Republic in 1979, estimates about 15 percent of the school’s families are immigrants.

He said all children will eventually assert they want to be more like their friends and less like their families, especially in the early teenage years.

“All kids are going to do that just to push back on what the parents will allow,” said Fernandez-Sheinbaum.

But through the generations, Julieth sees improvement in the circumstances facing immigrants.

“The first one make the hard work,” Julieth said. “And then [my generation] make the hard, but not too hard, [work]. I don’t think [Maria] will ever get a job like me because she’s going to grow with language and I think she’ll just go to university and have a good job. The footprint is going to be with them.”

Although Taller Puertorriqueño is divided into two buildings one block apart, the organization is united in its mission to develop and promote Latino art and culture in the community. Since 1974, Taller has been at the [continue reading…]

Italy: One Family’s Perspective on Life During a National Lockdown

Our special reporting on COVID-19 may focus on communities outside Philadelphia, as many of our student journalists are now located outside of the city. Instead, our reporters will cover how the coronavirus is impacting their [continue reading…]