At the corner of Ogontz Avenue and Walnut Lane, a bright orange awning offered shade to a colorful storefront. Inside, owner Diane Caffie was bundling black and white balloon bouquets for one of her regular customers.

Expressions of You: Cards and Gifts Shop is a West Oak Lane hub where customers have come to find a variety of cards, decorations and balloons for all occasions.

“I always wanted to have a nice place for my customers to come to where they can get quality merchandise at a reasonable price,” Caffie said. “And it’s become a family-type thing.”

Brian Caffie, Diane’s son, said his mother gives back whenever she can, whether it be to her own family or the community.

“She’s the backbone of our whole family,” Brian Caffie said. “I love her so much.”

The father of three can’t thank his mom enough for all that she has done for him and his own family.

“She’s a strong independent woman,” he said. “Anything she can do for you, she does. She’ll help anyone and everyone if she can.”

Diane Caffie, who moved to the area in 1970, has watched neighborhood kids grow up over her 27 years in operation. 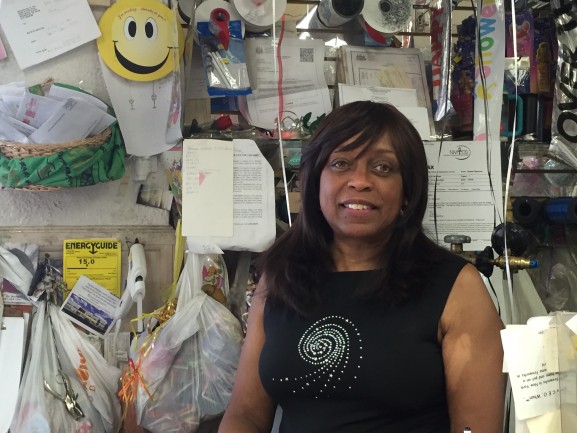 “My children went to school here and of course they know the business also,” she said. “All of their friends come and they’ve grown up in the neighborhood so they’ll come by and they’ll say, ‘Tell your son and your daughter that I said hi!’ and ‘We’re so glad that you’re still here!’”

Nicole Gardner, a frequent customer of the shop who has lived in the neighborhood all of her life, has known Diane for 20 years. She sees her as a second mom.

“She actually taught me how to blow up balloons. I watched her and everything,” Gardner said. “She’s very good. You would be amazed at what she can do with balloons. I’ve seen her stuff diapers in a big balloon, all kinds of stuff.” 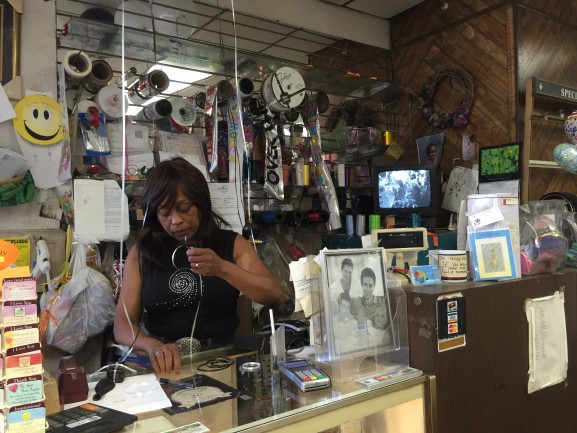 As the store’s founder, Caffie has gotten to know members of the community and has valued those relationships.

The hard-working woman admits running the business by herself can be tiring, but she is thankful for the support she receives from her children, grandchildren and great-grandchildren.

She hopes that Expressions of You will continue to be a part of the community even after she passes the torch. 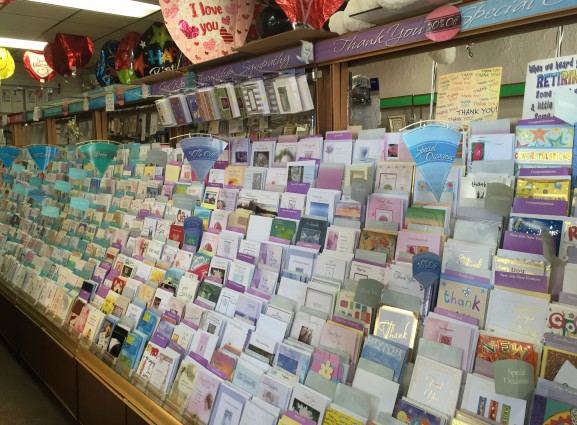 Caffie recalled a conversation she had with one of her granddaughters.

“I said ‘Meemaw is tired of doing this’ and she says ‘Meemaw, if you could just wait 10 more years, I can come and help you out.’ I was like ‘I don’t know if I can hold out that long,’” she said with a laugh.

“I think I’ll just learn how to take more breaks when I get tired so that I can keep going.”

With its exterior bricks painted in geometrical patterns of blue, orange and green, the Mummers Museum stands out on the corner of South 2nd Street and Washington Avenue in Pennsport. However, in recent years, the [Read More]

Majeedah Rashid is the COO of the Nicetown Community Development Corporation (CDC), an organization dedicated to uplifting the community through education, better housing and financial stability. The Nicetown CDC has maintained that goal since its [Read More]

With great concentration and precise aim, Zakee Jordan pounded away at the arrow keys on the keypad of the Dell laptop in front of him before throwing his arms above his head. “This game is [Read More]