Wind howled and rain pelted down on East Falls, but inside the warm gymnasium at Thomas Mifflin Elementary School, smiling children ran around in colorful costumes to the sound of popular tunes put on by DJ Mighty Flip Side at the Mifflin Fall Festival and Carnival on Saturday, Oct. 27.

Principal Leslie Mason (pictured above) bravely faced whipped crème pies as eager students lined up for the chance to throw. 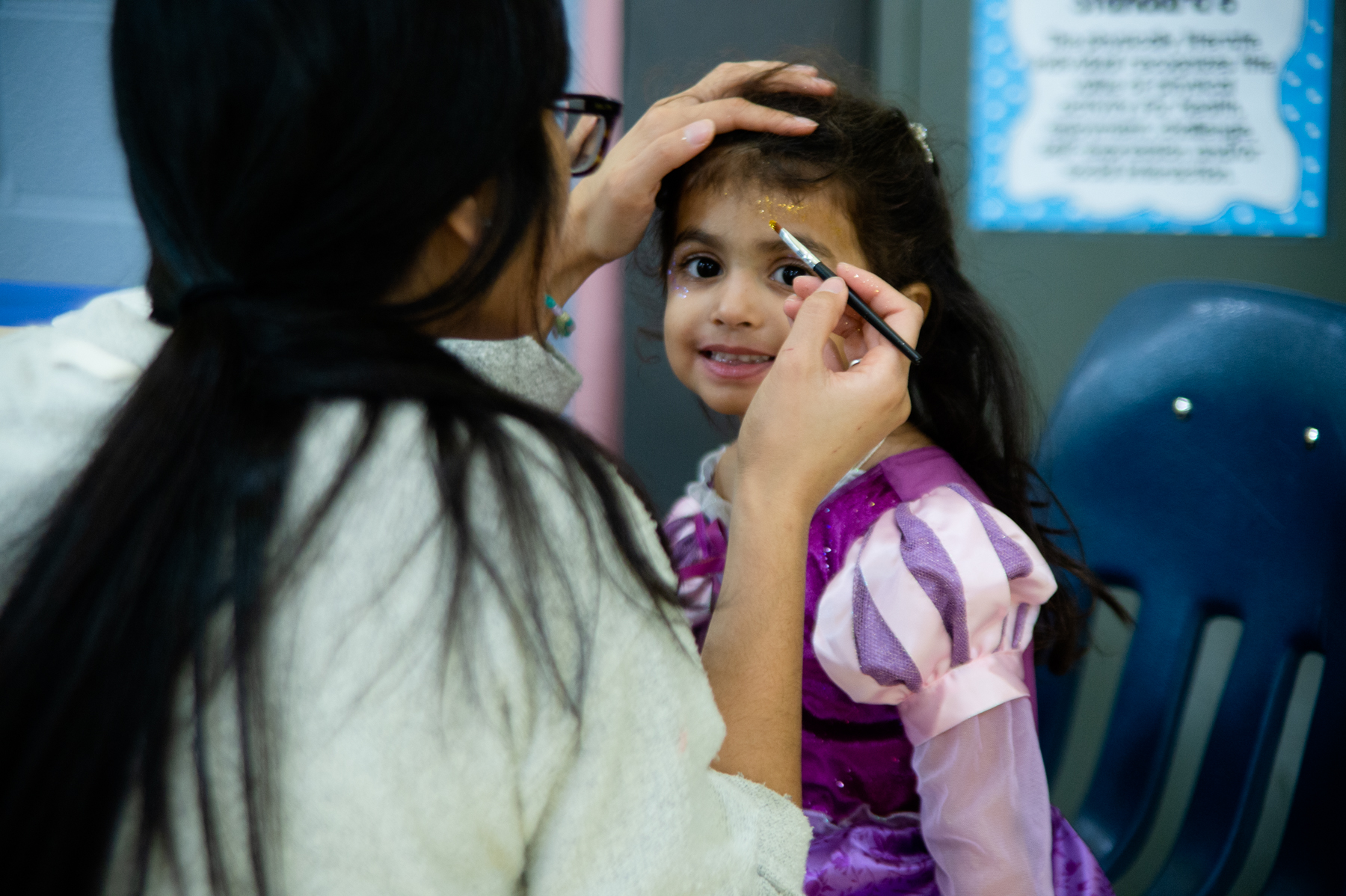 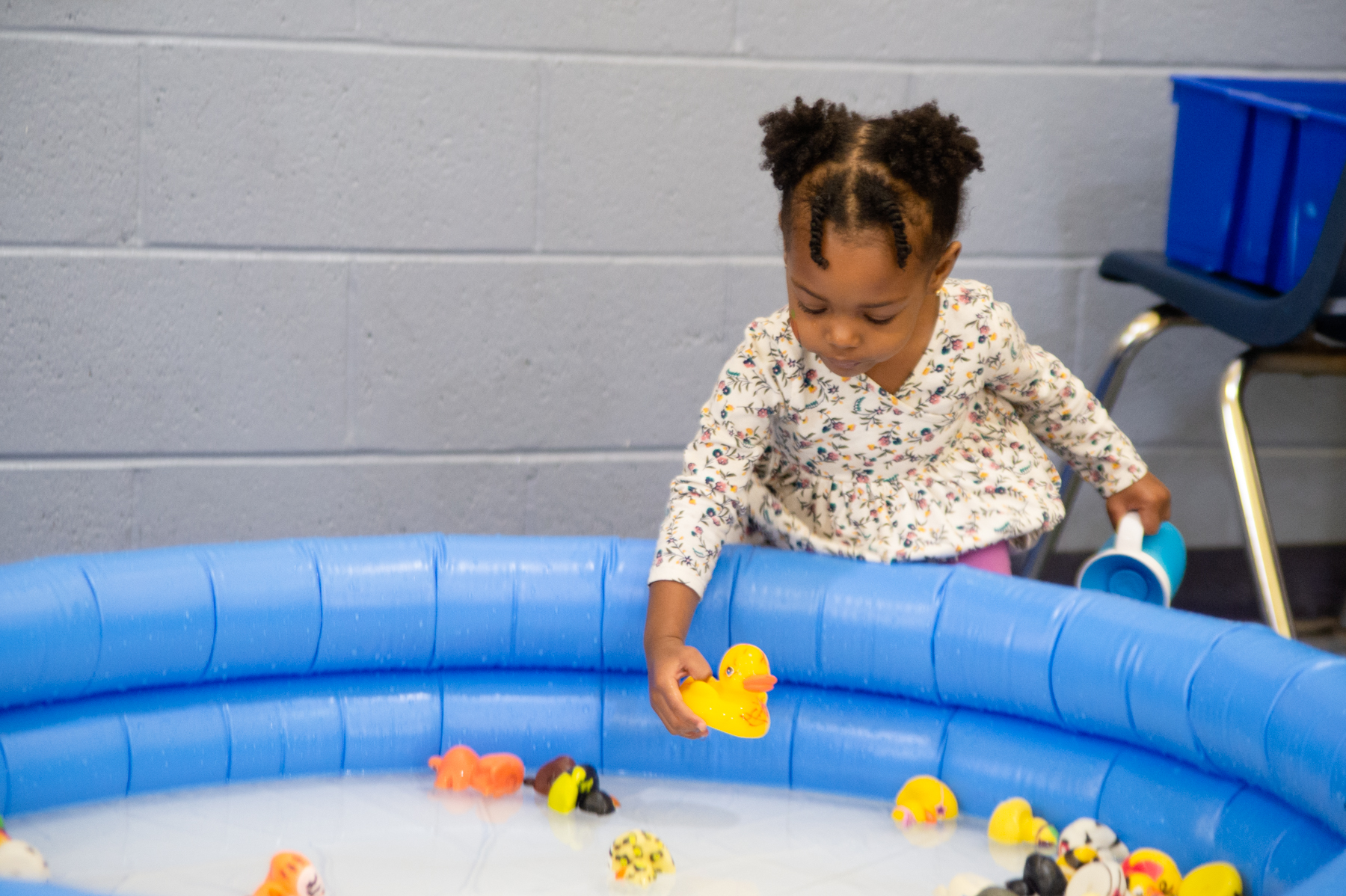 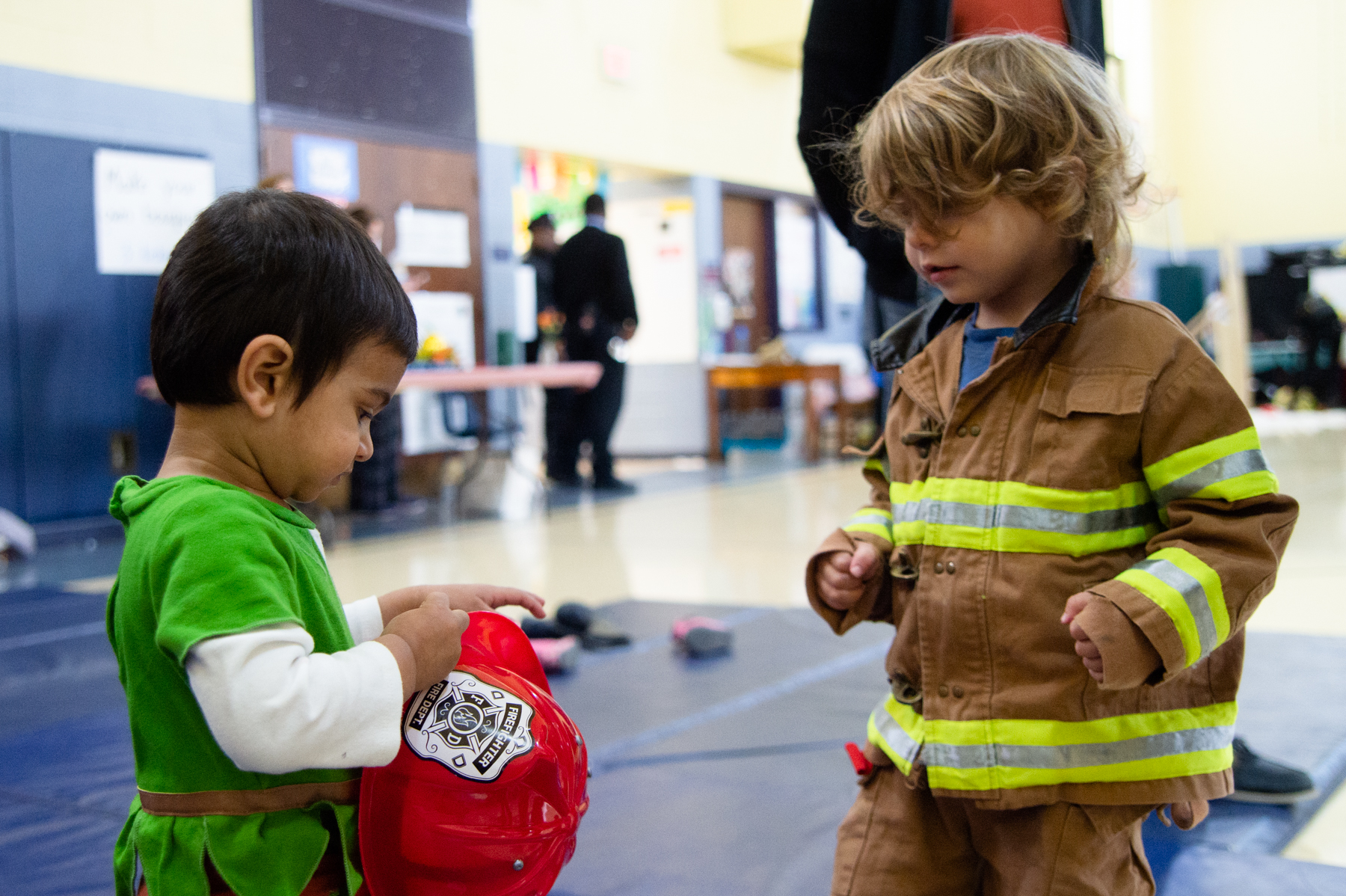 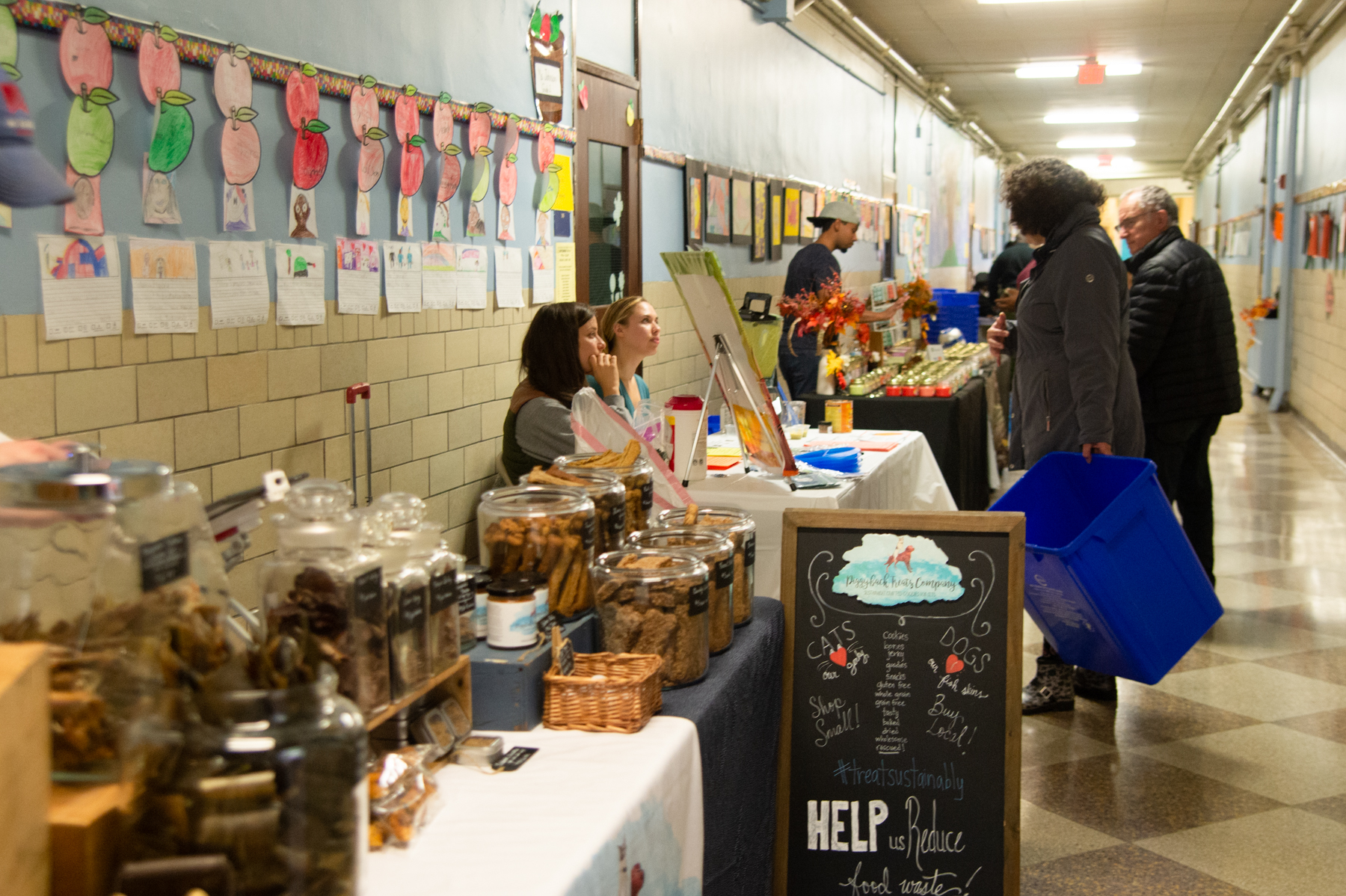 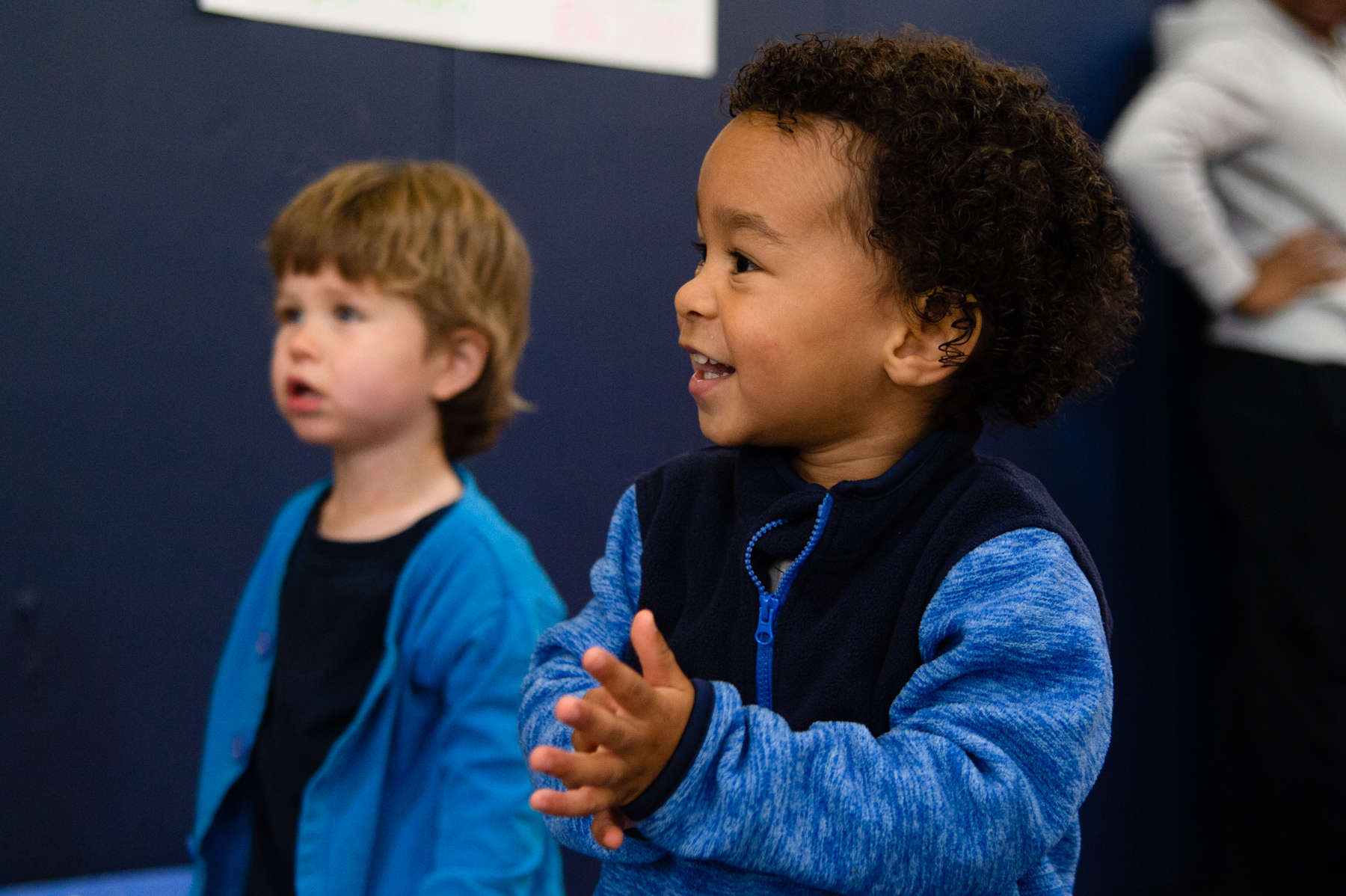 The Mifflin Fall Festival and Carnival raised $1,342 to fund the school’s Thanksgiving meal, an annual tradition where the hallways are lined with tables in orange tablecloths and teachers serve every student in the school. Ninety-nine percent of Mifflin’s students qualify for free or reduced lunch, so the school fundraises to support the meal.

“When I walk into a school I kinda can tell when there’s a school together,” Myra Moore, of the Philadelphia Streets Department, said while giving out free recycling bins at the fall festival. “There’s togetherness. Like some schools you feel like, ‘I’m not welcome,’ but you walk in here you see that the teachers are invested and the community is welcome.’”

“We had such great attendance,” she said. “There were parents, community members, people who might become parents. It was great!” 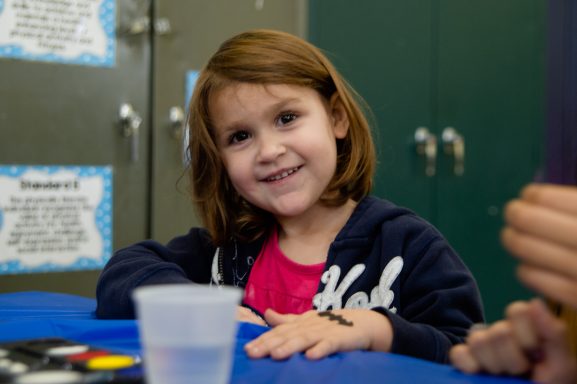 Alex Roman, father to 4-year-old pre-kindergartener Alice Roman (pictured above), said he believes in the value of public school education and couldn’t imagine sending his daughter to any other school.

“It is important to support our local school and events like this help,” he said.

Thomas Mifflin Elementary School now sees engagement from college students, parents, would-be parents and older East Falls residents who want to help make the public school even more successful. This varied support has grown in the past ten years under the direction of Principal Mason.

Alex Keating is co-chair of the Friends of Mifflin, a community organization that fundraises and coordinates volunteers to support the school. He is also an at-large executive committee member of the East Falls Community Council and has a 7-year-old son who attends Mifflin.

“We need to fundraise to help the administrators and the staff do what’s best for the kids, period,” Keating said. “If you put money in the hands of the teachers, resources, whatever that is, raise money for what they need like computers, that’s where I think it will benefit the kids the most.”

Tom Sauerman founded the Friends of Mifflin in 2011 with the goal of improving the reputation of Mifflin School in the community. Mason called Sauerman’s initiative an act of rebranding. He worked to acquire grants for the school, including a Picasso Project grant that brought art back into the school after city funding had been cut. Sauerman has since passed away, but the Friends of Mifflin group lives on and is growing in numbers. 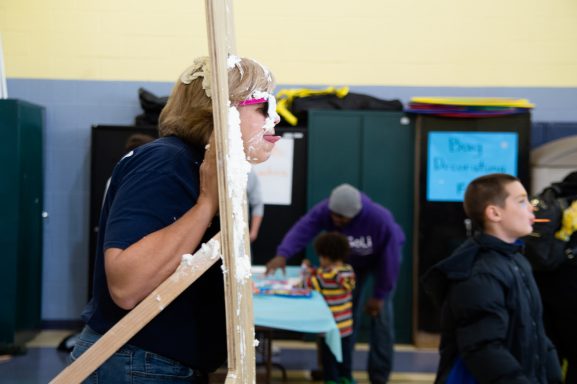 “When it was founded, [Friends of Mifflin] was great and the people who did it were wonderful,” Mason said. “But there were five to eight people and there weren’t parents. At that point there weren’t current parents at all.”

When Keating and his wife were deciding where they wanted to send their children, they focused on principals. In the ten years she has worked at the school, Mason has improved Mifflin’s test scores and grown the relationship with the community. Keating said this success stems from Mason’s ability to communicate her vision and get buy-in from teachers. 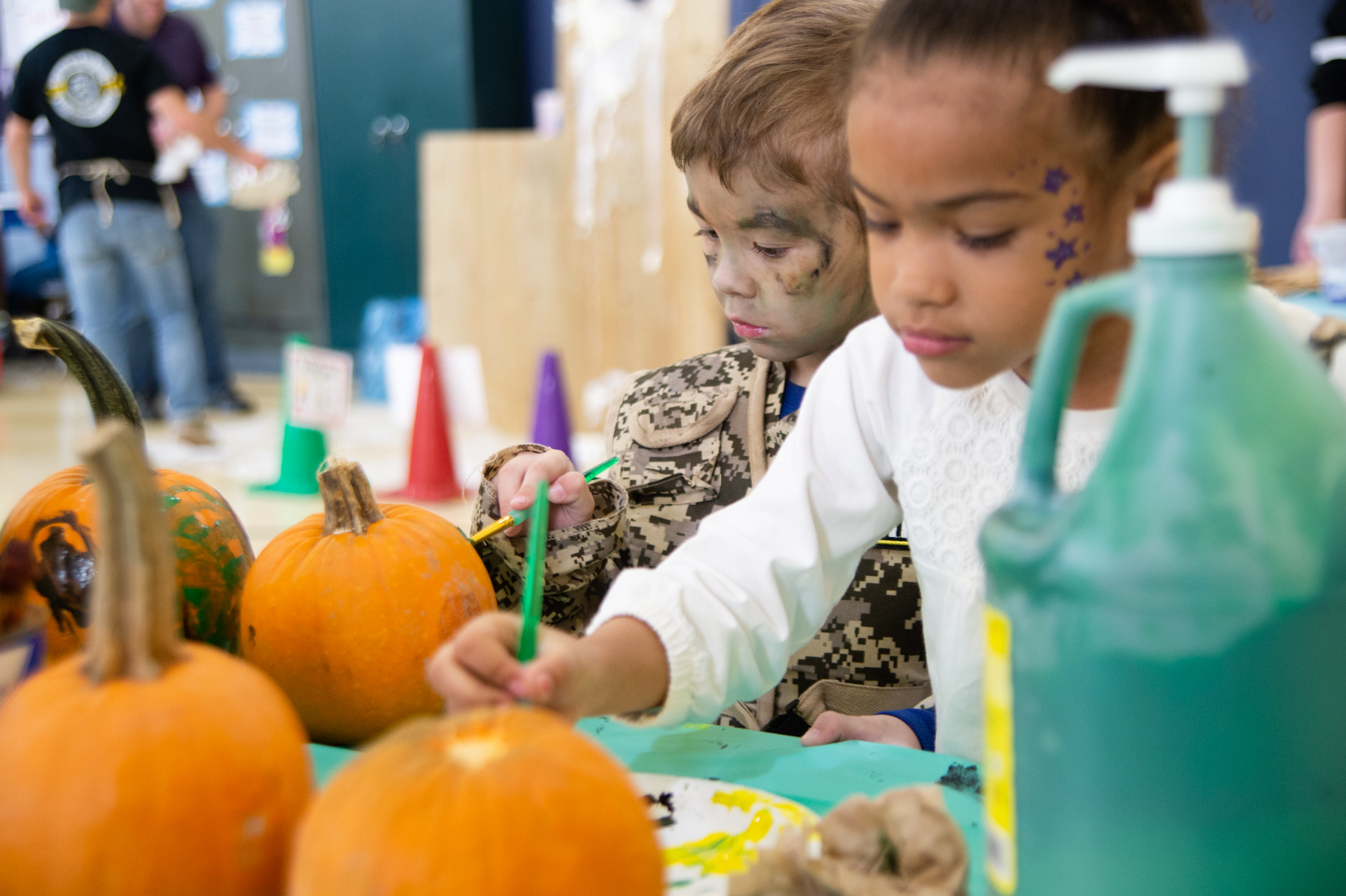 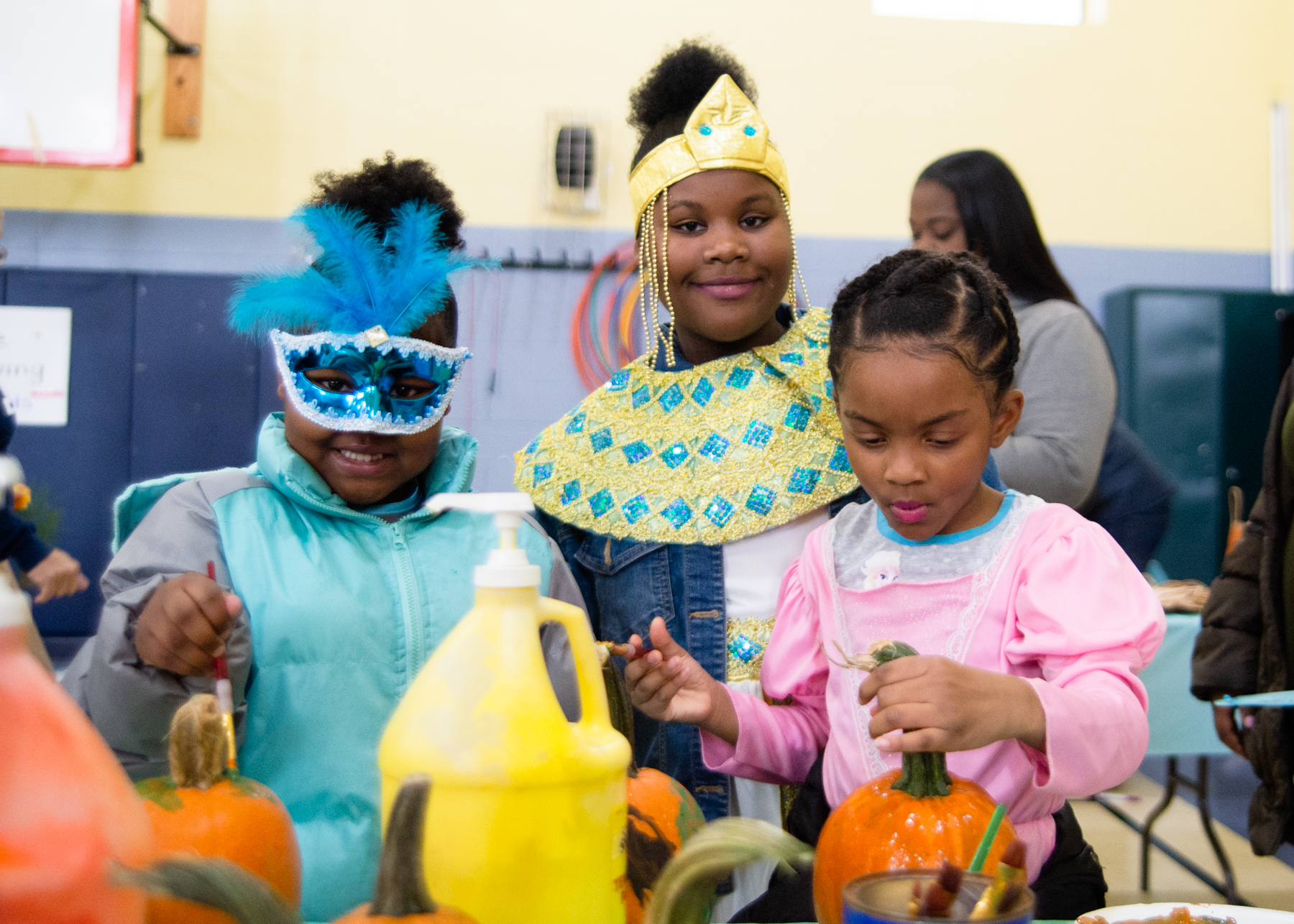 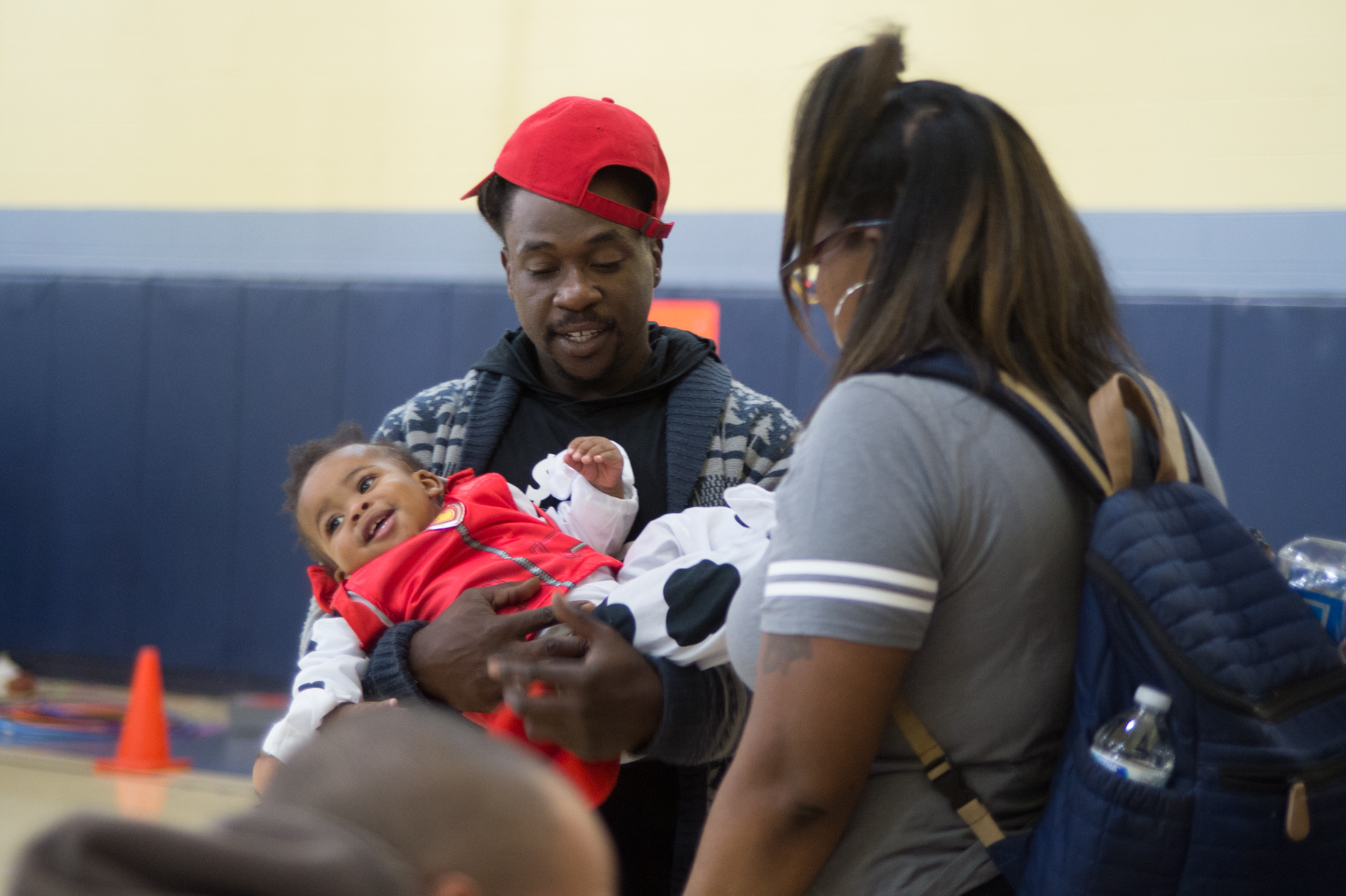 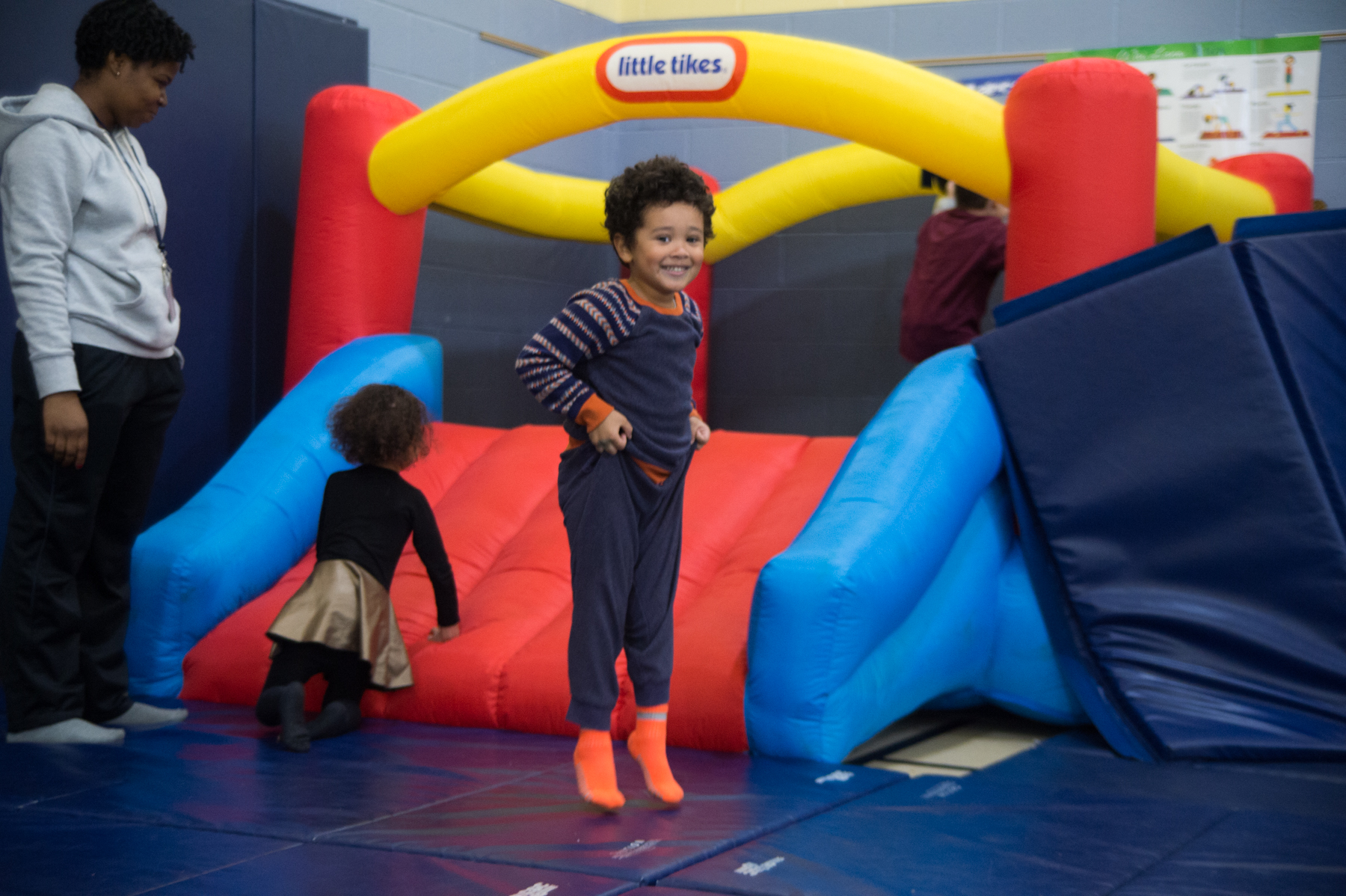 Friends of Mifflin is not the only community group supporting the school. Four years ago, East Falls Village got involved with Mifflin with a program called Read To Me! and revived Mifflin’s library, which had been closed due to lack of funding.

East Falls Village was founded by Doris Steinberg in 2011 as part of a larger national Village Movement. The organization supports the community’s elderly, helping them stay in their own homes, providing transportation and social activities to do. Recognizing need in the school, and having a group of engaged East Falls residents, the Village reached out to Principal Mason to see how they could help support Mifflin. 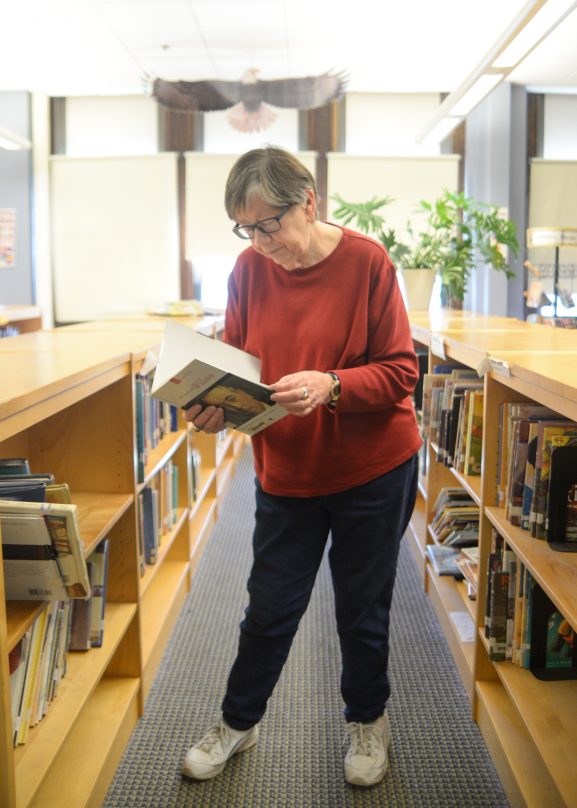 “We felt that we should try to give back to the community in some way, and reading is the most important thing that you can do with or for a child,” Village co-chair and former Philadelphia librarian Mary Flournoy (pictured above) said.

Through the efforts of Susan Smith, a Village member on the board of the Children’s Literacy Initiative, Read To Me! started out as a monthly program where a handful of Village members would be transported down to Mifflin to read to students or to have students read to them. Now approximately 30 members volunteer weekly to run the program for kindergarten through third grade. 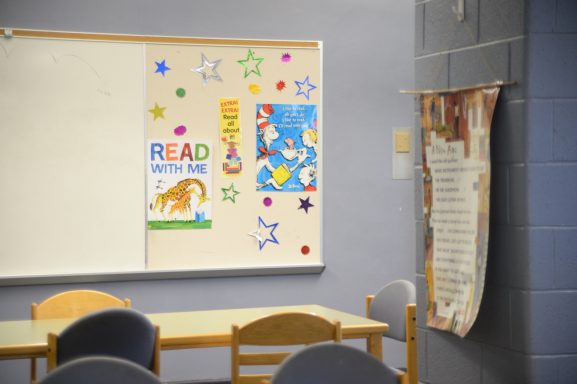 “Our members love reading with the children,” said Kathi Dimenna, chair of civic engagement for East Falls Village. “Once we changed the format to be one-on-one, the members felt that they could cater to the child’s need and have a stronger impact.”

Philadelphia public schools have been closing libraries due to budget cuts and Mifflin is no exception, going for almost ten years without a librarian. Flournoy and her fellow Village leaders were determined to change that. Thus began the library program where Village members sign up to volunteer to run the library for a few hours on Monday and Friday every week. 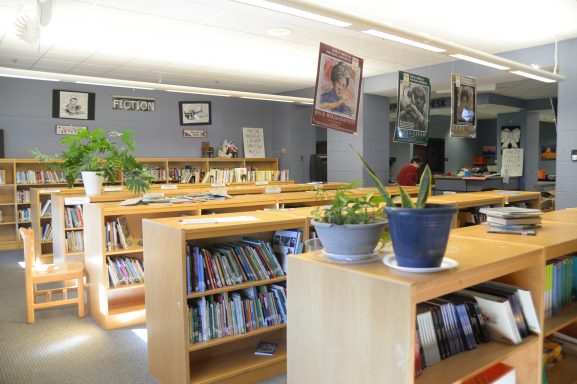 “It fills a void that we have, because we don’t have a librarian,” first grade teacher Theresa Carle said.

Since last year, Thomas Mifflin Elementary School improved its reading standardized state test scores by 5.8 percent, which was the highest growth rate in the school’s learning network, which is made up of most of Northwest Philadelphia’s public schools. Many credit the volunteers’ focus on reading and literacy as a reason test scores increased.

Principal Mason has also been working hard to foster Mifflin’s relationship with other institutions in East Falls, such as neighboring Jefferson University.

Students from Jefferson University frequently volunteer at Mifflin events and support the school. Marcella McCoy-Deh, the director of the honors program at Jefferson, encourages her students to give back to the community through Mifflin. 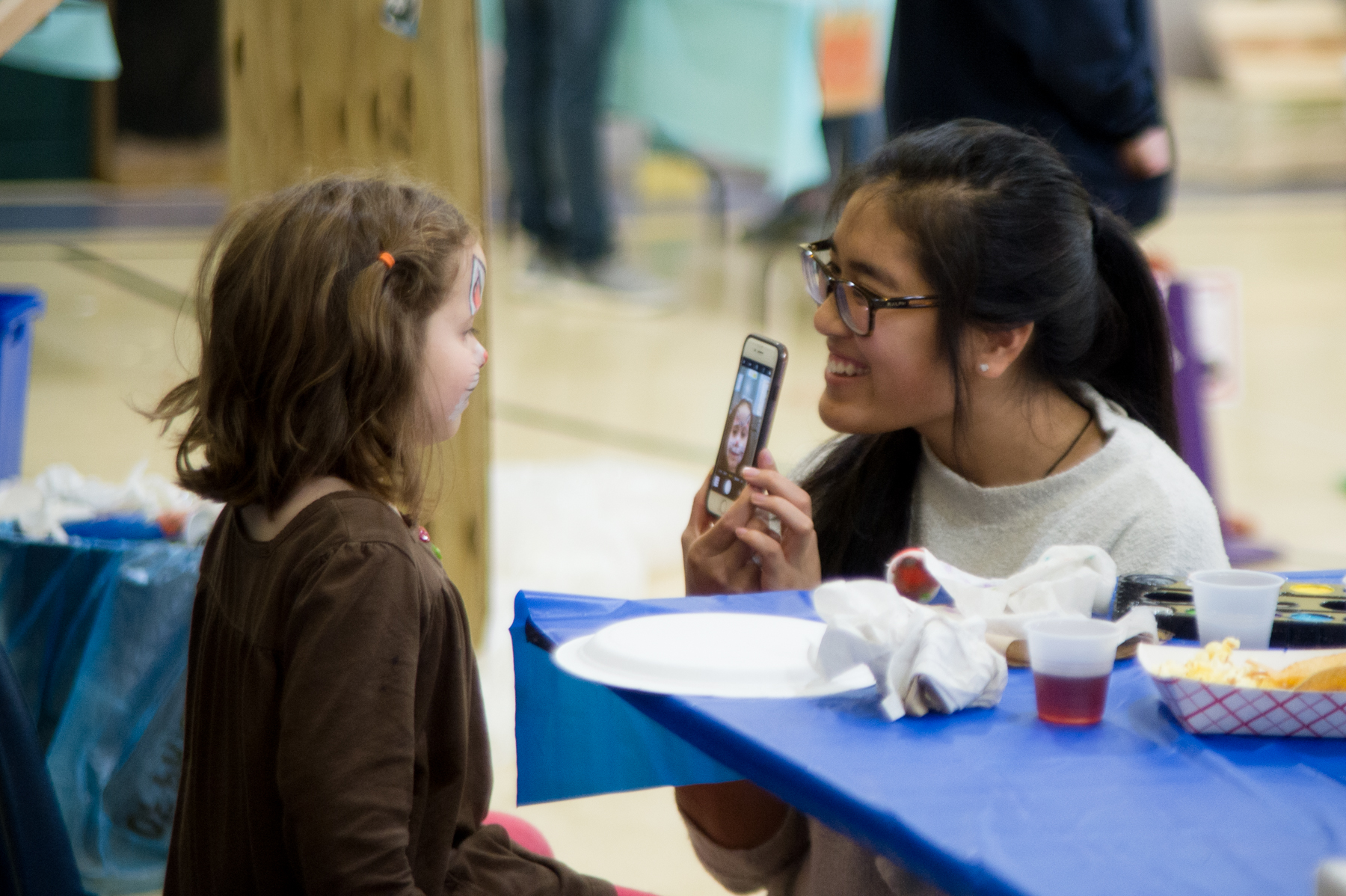 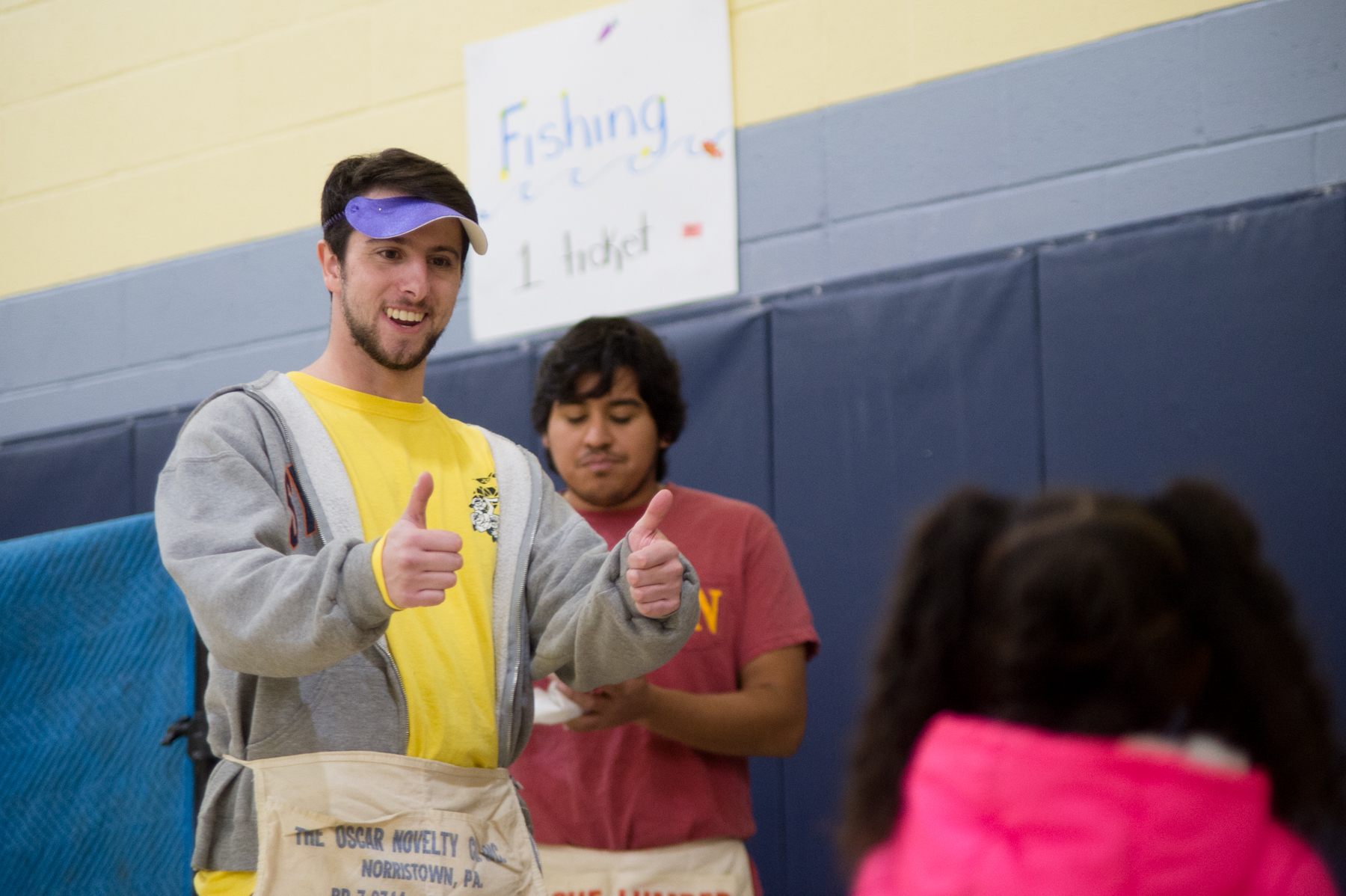 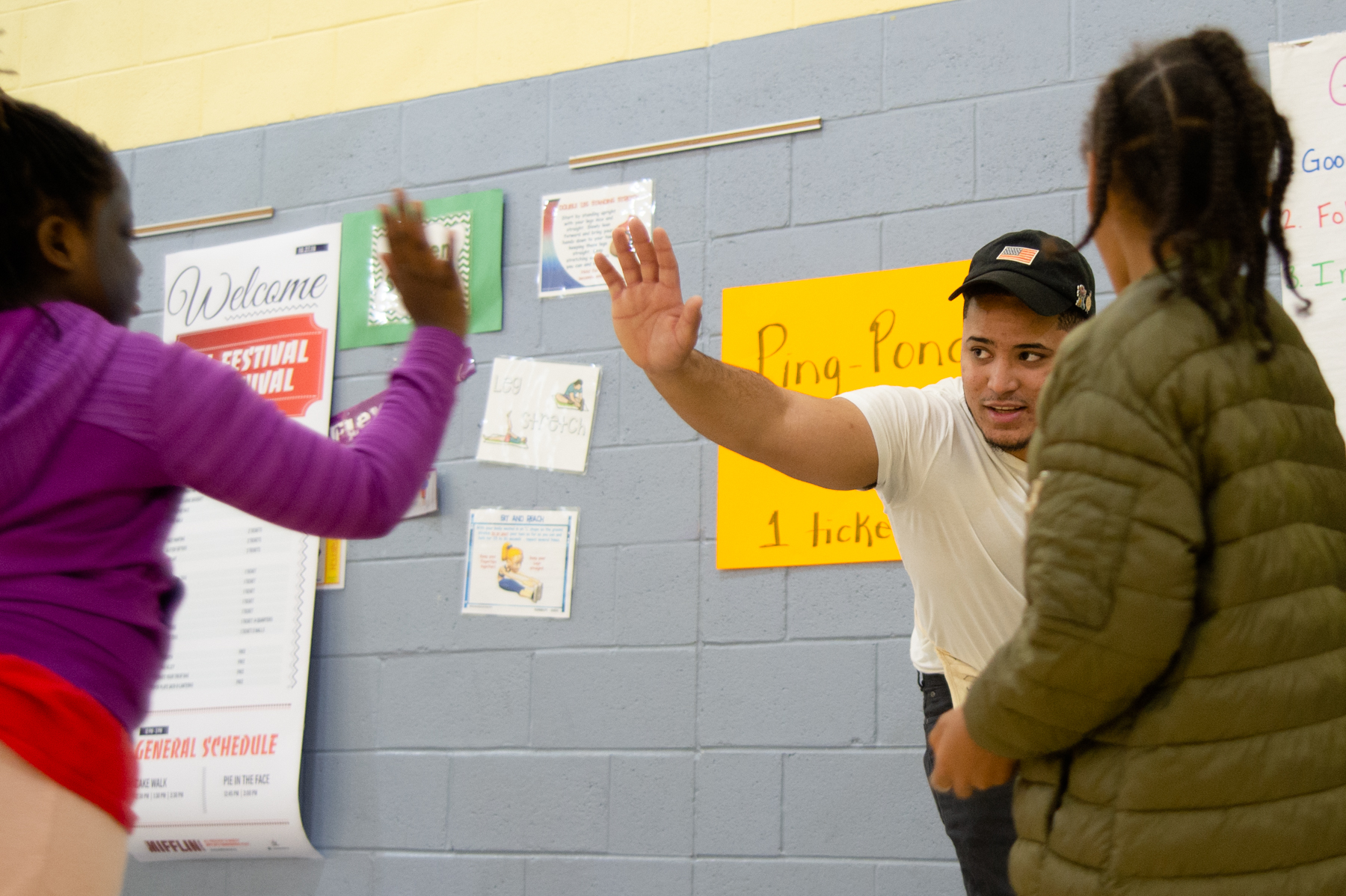 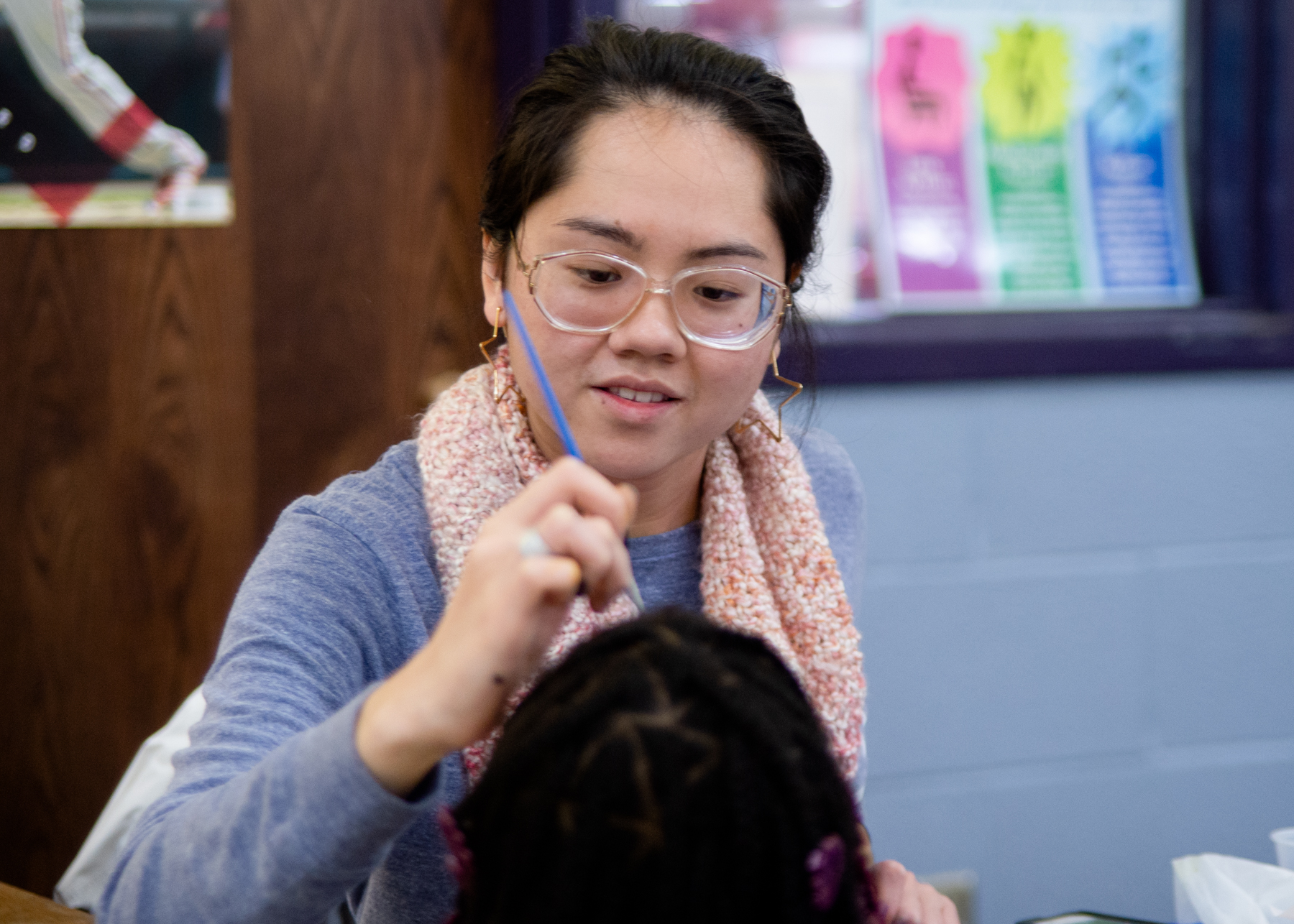 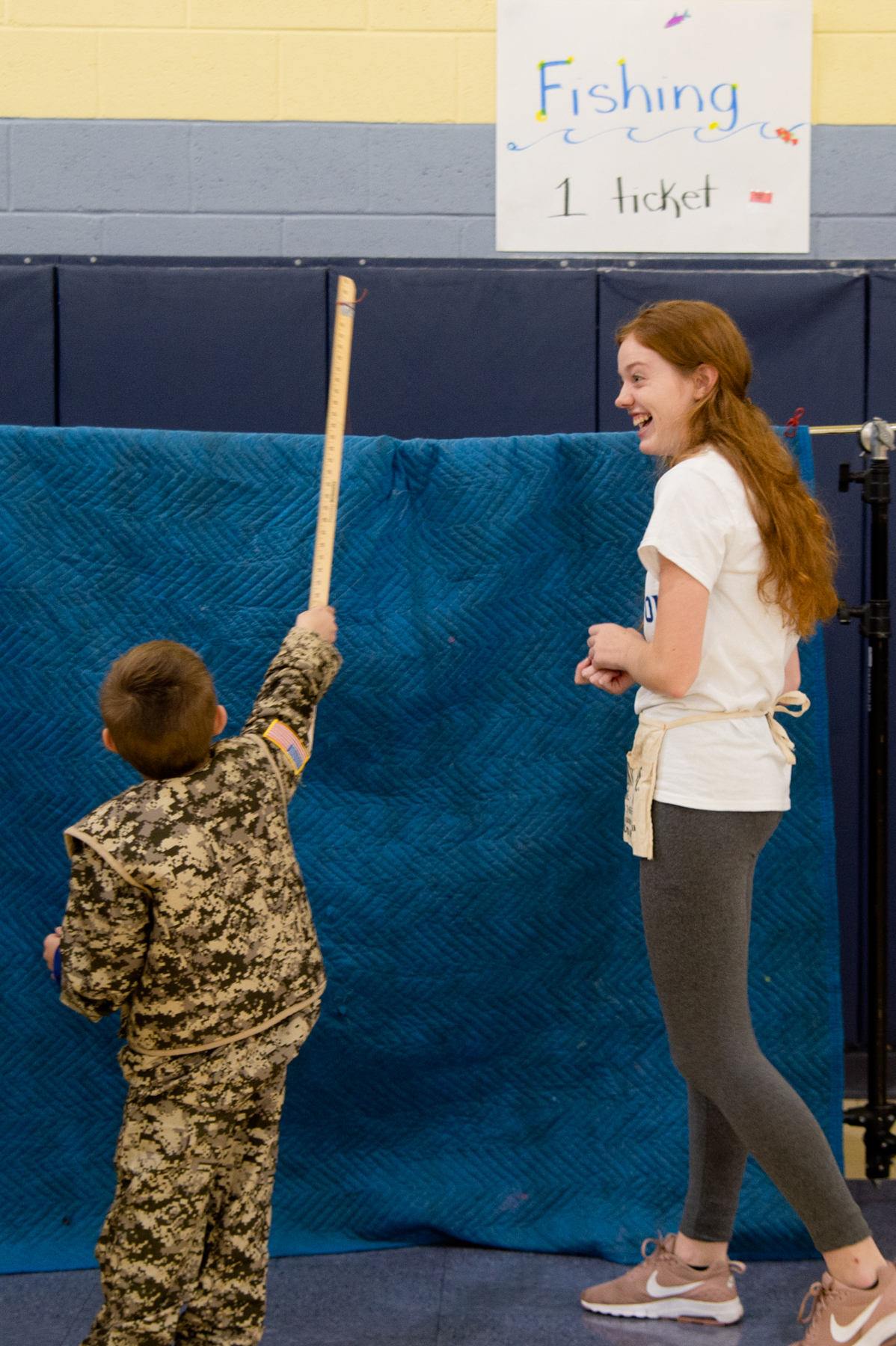 “A lot of my students are staffing the tables, so I’m here to support their service,” McCoy-Deh said at the Fall Festival. “This is a great event, with a lot of little ones having a good time. This a great community service site for us because our freshman can just walk out their back door and it’s maybe a block away.”

Although she said it will not be this year, or even next year, retirement has been something that has been on Mason’s mind. Now in remission from leukemia, Mason had chemotherapy in 2017 from July to December, through which she continued to work.

“Every year for the last couple years I have been saying I’m going to retire because this is my 32nd year with the District,” Mason said. “Each year I keep putting it off because I don’t trust anyone with my school. I’ve worked too hard, and this will be my tenth year and I don’t think so.”

Mason wants the right person to replace her and, until that time, she vows to keep working with the community to improve Mifflin.

-Text and images by Geneva Heffernan.

As the season changed from winter to spring, Winter’s Bridge, an art exhibit in the Pile of Bricks building, came to an end.  However, the next time Pile of Bricks will open its doors will [continue reading…]

As the start of a new month creeps closer, Cousin’s Supermarket is starting to see many more of its faithful customers. During this busy time for the market, it becomes clear why so many people [continue reading…]