The best payment Rafaela Rocha ever received was a garden.

When a man was unable to pay the 27-year-old in complete for craniosacral work she performed on his paraplegic mother, he offered to build her a garden instead. Today, its home to many food, floral and medical plants.

The garden was payment for her work as a craniosacral therapy specialist, which uses gentle touch to resist disease and relieve pain. In addition, Rocha is a certified doula, with additional training in Marma and Ayurvedic therapy, who moved to Mt. Airy from Brazil in August of last year.

Rocha has always been interested in the medicine, particularly with birth care.

“I like how physiology works,” Rocha said. “After some time you can smell when they baby is coming because the hormones change in the woman. [Being a doula] is good because you’re learning how to listen to yourself and your body and people’s bodies.”

Her role as a doula is only one part of her work with unmedicated and home births, which have been on the rise in the United States. Though only amounting to 0.89 percent of all births, home birth have grown dramatically since 2004. From 2008-2012, the number of home births increased 60 percent, according to The New England Journal of Medicine.

A doula is part of range of medical and non-medical support systems available to expectant mothers. Expecting couples may hire a doula to be an emotional support system and advocate for the mother during birth, assisting in breathing techniques, positioning and even offering massages. In contrast, a midwife has more training than a doula, can deliver at homes or hospitals and perform prenatal exams.

Most women who give birth in a hospital deal primarily with obstetricians, who are trained to perform more medically intensive procedures, such as recommending epidurals, using external and internal ultrasound to monitor the fetus during labor and performing cesarean sections.

Iris Wolfson is a certified gynecologist who worked as a midwife for more than 40 years. Though she now works only in holistic gynecology, she continues to support home birthing.

“It looks at the whole person,” Wolfson (pictured below) said. “It has a greater range of seeing what it is that I can do to help them have a greater vision and a wider perspective on their own health care and birth care, whatever it is, so that they’re not just narrowed into a medical model.” 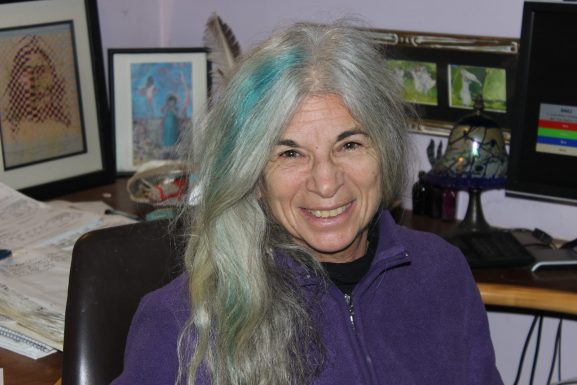 Despite the spike in numbers, many are still concerned with the safety of home births. A study found that out-of-hospital births resulted in 3.9 deaths per 1,000 deliveries, whereas planned hospital births only had 1.8.

“Certainly, if someone has twins, I would not feel comfortable doing a home birth,” Wolfson said. “That’s not a low risk birth. But if someone is healthy, they’ve been normal throughout their pregnancy there throughout the labor, everything is normal, it’s a very safe way to give birth because it doesn’t have a lot of intervention.”

Most pregnancies are low-risk, meaning a healthy mom with few or no complications. High risk are births with complications that threaten the mother and the baby’s life. Contributing factors are age (young teens and those over 35), existing health conditions, high maternal weight, multiple births and lifestyle issues, such as smoking and alcohol or drug use.

Knowing whether or not a pregnancy is low-risk or high-risk is a crucial aspect of maternal care, as 14 per every 100,000 women die in pregnancy in the or childbirth in the U.S. compared to nine in the U.K. and seven in Canada. This statistic particularly affects black women, who are three to four times more likely to die than white women.

The process of being pregnant and giving birth is a long, complicated and emotionally draining event. One of the dedicated jobs of a midwife or doula is to provide emotional and mental support system for the mother and making adjustments as necessary. In hospital births, the physician is usually in the room for only short bursts of time and the nursing staff changes with the shifts. 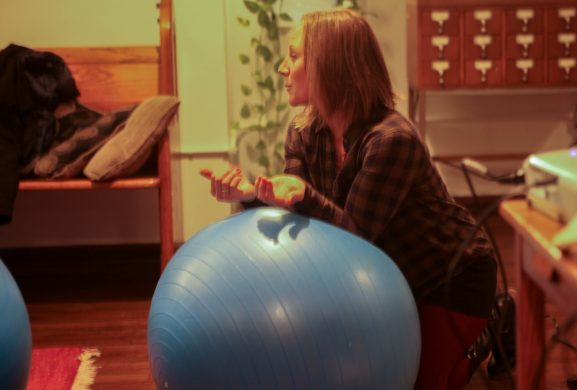 Brittany McCollum (above) is the creator of Blossoming Bellies, a holistic birth service that provides classes and trains doulas in the Philadelphia area. McCollum works with women intending to have both in-hospital and at-home births and feels one of her main roles is educating women on their rights in the birthing room.

“Most people don’t know that they actually have choices that they can make about every little thing that that happens throughout the labor process,” McCollum said. “Not just bigger things like getting pain relief, but things like IVs and continuous monitoring, and people don’t realize what they can say yes or no to and how much say they actually have.”

McCollum explained that the policies of the birthplace often reflect the wishes of the majority of people. This means that if someone wants to take a less traditional approach, such as an unmedicated birth, often the protocols do not easily accommodate these requests.

This sometimes leads expecting mothers to home births. However, out-of-hospital birthing is often not an option for low-income families, regardless of their interest. Most medical insurance does not cover home births, and families have to pay anywhere from $1,000-$5,000 out of pocket. 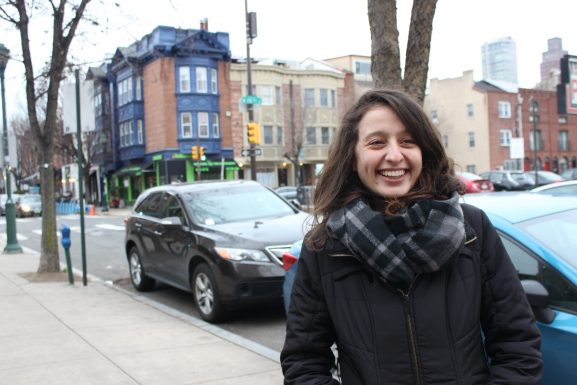 For Rocha (above), this means offering barter exchanges and pay-what-you-can options for her services as a doula, craniosacral therapist and her certification classes. She employed this payment system for six years in Brazil with a project called Pague o Quanto Puder, which translates to “pay what you will.” There, Rocha created a course called Multiplicando Doula to train local women as doulas, something she sees as a crucial role in the birthing process.

“You need the person who’s going to say ‘Why don’t we change the position here?’ Maybe the mom is going to do better, the baby can have more space, then the birth is going to go better,” Rocha said. “It’s more like working together and recognizing the importance of everybody working together. I think that’s what I want with this whole thing.”

She and her team traveled to communities in Sao Paulo to teach the classes, educating women about childbirth. Rocha said many women would even bring their babies to the classes while they were getting certified.

Though Rocha is taking a break from the project while she works as an au pair, she has hopes to continue in the future.

“When you teach, when you give information to people that have no money, and they know that they now have rights, that’s just, like, taking the brick that holds everything [together],” Rocha said. “So it was good, and I hope it keeps growing.”

— Text and images by Michaela Althouse and Morgan Slutzky