As Temple University’s students have continued to move further into the area around the college’s North Philadelphia campus, residents have increasingly complained about the constant noise and trash generated by students and developers.

In response, Councilman Darrell Clarke – now the council president – who represents the area where Temple is located, introduced the North Central Neighborhood Improvement District, or NID, to improve the quality of life of residents in the area. But the district was ultimately taken down by the same people it was trying to help: owner-occupants in the area.

The district was introduced to City 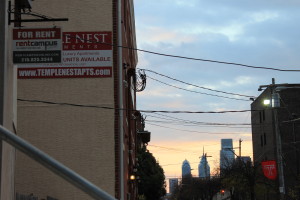 Council in October 2011 and then re-introduced in January 2012 and would have designated North Central Management Corporation as the management association for the district, according to the bill. The NID would have operated on a $450,000 budget, funded through a donation from Temple, other donations and a tax, which owner-occupants would have been exempt from, the bill stated.

Temple never released how much it would have donated to the district.

The bill’s budget would have provided from improvements to cleanliness, streetscape and safety in the area within the NID’s boundaries.

Herb Reid, of Maze Group Development and a member of the Temple Area Property Association, said the idea for the district came out of meetings with Clarke, who wanted to respond to complaints from his constituents in the Fifth District. 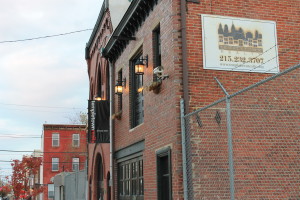 “Any time we’d sit down with him or he’d pull a group of some neighbors, it was always [the sentiment] that Temple and these landlords need to do something,” Reid said. “It was meant to patrol some of these ongoing issues, these town and gown issues.”

Beverly Coleman, Temple’s assistant vice president for community relations and economic development, said that trash, parking, parties and noise were some of the core issues that were being reported to Clarke’s office.

“People responded to concerns about [Temple’s] growth, expressing frustration about that,” said Coleman, who added that there was a lack of trust from the residents to the landlords.

Though the district would not have charged owner-occupants the tax levied for the district, single-family dwelling owners ended up being the people who ultimately called for the bill to be shot down.

City Council held two hearings on the bill in 2012 and it has been tabled since then. The council president’s office did not respond to a request for comment.

Though Coleman said there was not one singular reason why the NID failed, she said it had to do with more of a distrust of the landlords from the residents.

“People felt as if it wasn’t being done by people who lived there,” Coleman said. “There were some communication issues, but more underlying tensions that surfaced.”

Residents like Vivan VanStory of the 1500 block of Thompson Street, said they were not part of the decision making process when the bill was being constructed.

“They formed a NID, forgot about the people and they thought that this community didn’t know each other,” VanStory said. “People know everyone in a 10-block radius. The community is really upset about what happened and they’re still thinking about it.”

Reid said that it was surprising that residents were not receptive to the NID because it was being paid for mainly by the landlords and businesses.

“The core of this whole thing is that landlords and business owners are going to put up their money, they’re going to pay essentially an extra tax to clean the area, to beautify the area, to handle extra trash pickup,” Reid said. “Basically for a year or so I had a part-time job working to put this thing together that doesn’t necessarily benefit me but it will cost us money and they’re saying ‘no’ and it’s the weirdest thing in the world.”

Reid said he didn’t think the NID would be revitalized at least for the next five years.

“The people that were fighting it and weren’t fans, the ball’s in their court,” Reid said. “Unless they want to pick up the baton and run with this thing, which I don’t see happening, I don’t see how it’s going to go forward.”

In January 2016, Jim Kenney transitioned from his 23-year-run in Philadelphia’s City Council to become the 99th Mayor of the city. One of Mayor Kenney’s tasks is to ensure that the city is filled with […]

Philadelphia is one of the largest U.S. cities with the greatest proportions of adult and teenage smokers. A recent study from the Centers for Disease Control revealed that the city has the highest number of cigarette smokers […]

In a city crawling with food trucks and fast food restaurants there exists an active, bustling community of health and wellness practitioners working towards changing social attitudes and health patterns in Philadelphia. Nutritionists, activist filmmakers, […]