Philadelphia’s thriving entertainment scene includes many talented artists who add legitimacy to the moniker “City of Brotherly Love.” By assisting the disabled or helping the poor, these five people use their gifts to give back to the community. 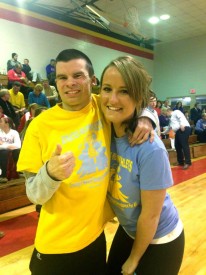 Jill McDonald sits on the board of Athletes Helping Athletes, an organization teaching special needs children how to play sports and build self-esteem. In addition to raising funds for the Special Olympics, McDonald and her coworkers bring the kids to Bucks County high schools to learn the basics of soccer, football, basketball, and other sports. As part of the honorary captain program, McDonald chooses  a child to participate in an actual high school league game. For example, the captain can toss the coin or sub in for foul shots.

“I have so much fun with the kids and their families are so appreciative,” McDonald said.

Bill Apter has been reporting on professional wrestling for various magazines and websites for more than 40 years. With bylines and headshots next to the biggest stars of the past four decades, Apter has carved his own niche as a character in sports entertainment. When he’s not covering piledrivers, Apter works for the non-profit AHEDD, a “specialized human resource organization.” As an employment specialist, Apter helps people with disabilities find competitive employment.

“Many are also big wrestling fans so it’s nice to cross over both of these careers,” Apter said.

Arielle Knapp was named after the main character in “The Little Mermaid,” but the Disney similarities don’t stop there. Growing up a self-proclaimed “Disney dork,” Knapp dreamt of becoming a princess like the ones she watched ad nauseam on her TV. When a friend of her mother’s mentioned how expensive children’s birthday parties have become, Knapp realized she could make her dream a reality. With long blonde hair and a petite build, Knapp naturally resembled Cinderella. She has adapted games like “pin the tiara” and kids’ karaoke, and now entertains free-of-charge at girls’ parties in the Northeast. 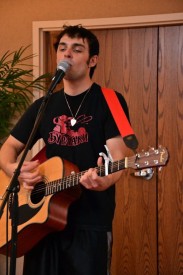 Chris Krochak isn’t necessarily making a difference in Philadelphia, but the local guitarist and singer is spreading awareness regarding the upheaval in his native country of Ukraine. As one half of the indie punk band EMCK, Krochak performs at various bars and venues including The Ukrainian League of Philadelphia. Since the recent revolution and subsequent Crimean crisis began, Krochak has kicked off each concert with a summary of the situation, any updated information, and prayers for the victims. His one-man crusade to educate those unaffected and largely unaware in Philadelphia has stirred conversations on Facebook and Twitter. 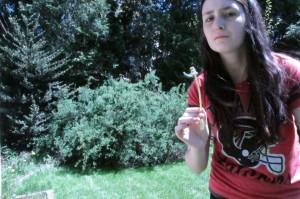 Alyssa Zumpino is a freelance photographer studying at Montgomery County Community College. When she’s not snapping pictures of weddings and bar mitzvahs, Zumpino volunteers at the Philadelphia chapter of Habitat for Humanity. Documenting the construction of homes for those in need, Zumpino illustrates the effort of fellow college students sacrificing their spring breaks and summer vacations to provide for poor and disadvantaged citizens in the United States and sometimes overseas. Not afraid to get her hands dirty, Zumpino joins in the manual labor when the nonprofit needs extra help.

– Text and images by John Corrigan and Emily O’Neill

[vimeo 49610519] Bike & Build, a cross-country cycling organization, celebrates its 10th  anniversary this year. Located in Roxborough, the organization combines the concepts of raising awareness for affordable housing, getting young adults involved in the cause [continue reading…]

https://vimeo.com/65098294] Habitat for Humanity ReStore, a second-hand retail outlet in Kensington, primarily donates back to the community by helping build homes. However, ReStore also gives back by giving individuals and organizations a platform for [continue reading…]