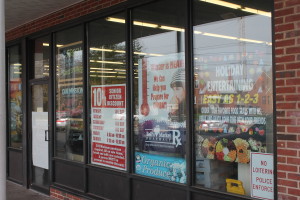 At Bell’s Market on Bustleton Avenue, you start when you’re 14 years old and stay until you’re 80.

At least that’s what workers and longtime shoppers at the stalwart international grocer of Northeast Philadelphia say.

At Bell’s, the aisles are filled with the elderly, who come for the daily baked bread and Polish deli. The counters are run by teenage cashiers who have been coming to Bell’s since they were children.

No matter who comes in, the appeal stays the same. Customers say Bell’s variety of Eastern European fare provides a taste of home for the community’s immigrant population. 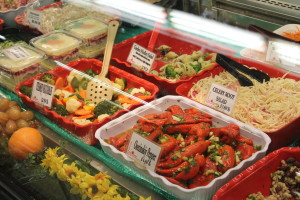 Lora Kushnir, manager of the Russian-owned, 18-year-old market, said she has seen the ethnic background of her customer base shift from mostly Russian immigrants to a variety of locals of Eastern European descent.

“We all can relate to an orange or an apple,” Kushnir said.

A native of Ukraine, Kushnir said she also appreciates Bell’s as a place where Ukrainian immigrants can gather to discuss their home country’s ongoing turmoil with Russia.

“A lot of our employees are from Ukraine. It concerns everybody,” Kushnir said. “It’s just horrible. We want a free country and now it’s just a mess.”

When asked if there was somewhere else that she could talk to Ukrainians about current events, Kushnir could only think of one other local place.

Philadelphia’s thriving entertainment scene includes many talented artists who add legitimacy to the moniker “City of Brotherly Love.” By assisting the disabled or helping the poor, these five people use their gifts to give back to [continue reading…]

https://vimeo.com/68245164] It is not uncommon for a church to reach out to its community. Known for its golden dome architecture, the Ukrainian Catholic Cathedral of the Immaculate Conception is no different. When the church opened [continue reading…]