Philadelphia is an artistically diverse city. It is home to many galleries and music venues. In the recent years, the number of music venues has grown, and it is affecting the already established venues in the city.

Given the amount of live music venues in Philadelphia, and the proximity of some, there seems to be some toe-stepping. Most of the rooms in the city are within the 100 to 200 capacity range, and although some people see it as over-saturation, others welcome the competition.

“I feel like every venue offers something different, and they attract a certain crowd,” Dave Kiss, Flash Mob Productions said. “From a business perspective, competition is always good. It brings out the best.”

Venues who have a strong business model and a dedicated following will survive among the new rooms, but some older venues are suffering because they haven’t adapted to the growing music scene. 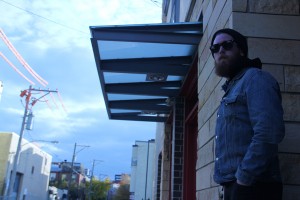 “It’s up to the older clubs to adapt, to make people want to keep going back to their club,” Deven Craige of Strand of Oaks and Little Big League said. “The North Star has not adapted. I think Boot and Saddle set the new standard and JB’s is still incredible.”

It’s hard to say exactly how many venues are in the city, given that some bars and restaurants pop up a stage and have weekend showcases. It is safe to say that there are more than 30 venues in the 135.1 square miles of Philadelphia, some of which are about a block away from each other, like Kung Fu Necktie and Johnny Brenda’s.

Bourbon and Branch is one of the newer venues in the city, and despite being a new venue, they have been praised for their dedication to showcasing acts and having a quality sound system: something of a rarity with newer venues. They host both local bands and nationally touring acts. The venue is run by musicians, so it is the artistic solidarity that makes Bourbon and Branch stand out in the crowd.

“All we can do is try to stay relevant and competitive, continue adapting,” said Greg Altman, Bourbon and Branch’s venue manager. “We’re self-aware. We just want to be the best venue we can be.”

Most of the smaller venues in Philadelphia are privately owned, but the rooms that are bigger in size have corporate backing from companies like Anschutz Entertainment Group and Live Nation. The Theater of Living Arts, District N9NE and The Tower Theater are all partnered with Live Nation. AEG’s venues in the city are The Trocadero, The Mann Center for Performing Arts and The Keswick.

AEG is a global company, responsible for numerous performance venues and sports complexes across the world. As of 2014, the company has a net worth of $11 billion. It is a subsidiary of The Anschutz Corporation, which is based out of Denver, Co.

Live Nation has plans to open up an entertainment center in Fishtown, across from The Barbary and Sugarhouse Casino. The Fillmore, as it will be called, will be a performance venue capable of housing 3,000 people. Fishtown already has a few music venues, but the Fillmore doesn’t seem to pose a threat.

“I don’t really worry about it,” Kiss said. “[KFN] is a metal and punk place. I don’t think the Fillmore is going to play punk shows. I think for a place like this its not gonna matter- people have their spots that they like to go to. Clubs have followings, just like bands.”

Live Nation is a booming company in the United States. It has earned $532 million from ticketing Client Cash in their 3rd quarter of 2014, selling 36.6 million tickets in North America, according to their financial report. Between 2009 and 2013 the company’s earnings before interest, taxes and amortization has grown $323.24 million.

What is lacking in Philadelphia’s live music scene is a medium sized venue. A venue that could house 500 to 1000 people. The closest one is Underground Arts, but it has been criticized for having bad sound due to the bouncing acoustics of the cement walls.

““I’d like to see a good mid-sized club open,” Craige said. “This rash of 150-300 cap rooms opening up, at the end of the day, I feel like it will be survival of the fittest. The ones that know what they’re doing, the good clubs, will survive. The ones that don’t will either close or host open mic nights that no one will want to go to.” 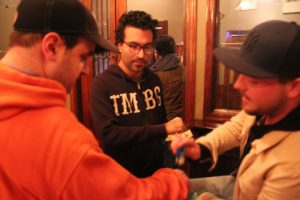 “I’d like to see the companies like that get into more ‘middle-ground’ venues,” said CJ Smith, Bourbon and Branch’s event coordinator.

The newer bands that are young and hungry want to play live. They will play anywhere, but it is this desperation that can hold back their musical careers. A band that is just starting out most likely doesn’t know the difference between a good club. The band could potentially play five shows a week at different clubs, but they may not gain an audience.

The smaller clubs that can be found all over the city are essentially competing for the same business. Some clubs have followings due to tailored interests or respect for their productions. The key to running a successful club is to treat the bands well, and to have affordable tickets and drink costs.

“If you have a good product, a good club, bands will want to go back,” Craige said. “The scene is so small, even nationally. Everyone talks. It feels a little over-saturated but I think that is only on a local level.” 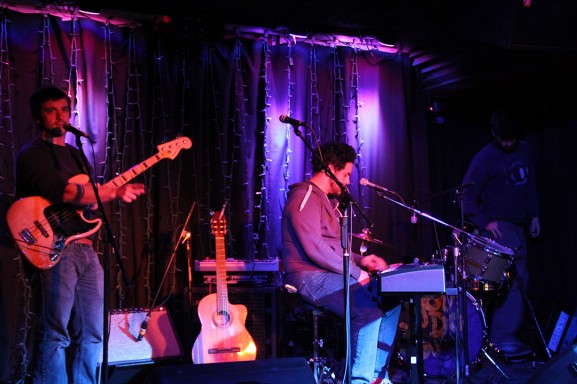 – Text, images and video by Matthew Jobs and Christopher Wirth.

Mark Squilla represents City Council’s 1st District, a diverse and growing area. The district he is responsible for includes Port Richmond, among other notable stretches of Philadelphia such as, the Delaware River, Chinatown, Center City, Northern [continue reading…]

Passion is an essential element in the development of communities in Northwest Philadelphia. Each of these individuals brings their own skill set in an effort to build a stronger community. They strive to improve their [continue reading…]