On the 600 block of North 35th Street lives a young college graduate trying to make a difference in the City of Brotherly Love.

Twenty-three-year-old Ivan Vivar is a recent graduate of the University of Delaware. Instead of pursuing his own career aspirations, though, he’s taking a year to ensure the success of future generations by working with students at schools in the Philadelphia School District through a program called City Year.

Vivar, who grew up 60 miles west of Philadelphia in Reading, relocated to Mantua this past August just before the start of the school year.

“It’s good because it’s a city you can really walk to a lot of places,” Vivar said. “So I think that’s how I really familiarized myself with the city – just getting lost.” 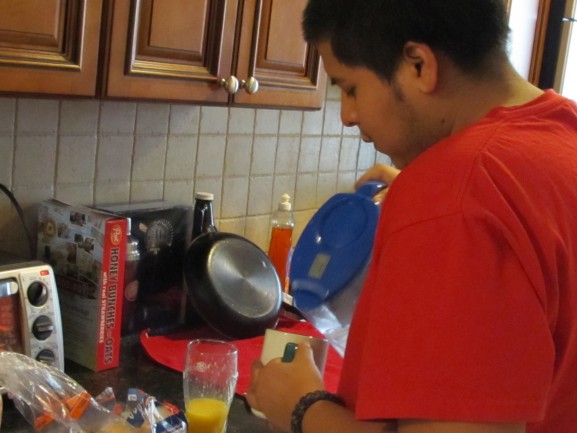 City Year is a nonprofit organization that aims to reduce the high school dropout rate in schools across the nation by employing young adults who are able to engage with students on an individual level. Vivar works with seventh graders at Woodrow Wilson Middle School in the Northeast.

Vivar’s three roommates are also involved with the Greater Philadelphia branch of City Year. Each morning, the four of them wake up in Mantua and set out to their different schools via SEPTA. Meanwhile, their apartment sits just two blocks from Morton McMichael Elementary School, another City Year school on Fairmount Avenue that survived the school district’s list of planned closures back in 2013.

Every morning Vivar and the others are up before 7 a.m. making breakfast, packing their lunches and getting ready to make their commute from Mantua to their schools.

Most of the school day, Vivar focuses on students that are having a difficult time in class. He serves as a mentor to students that might miss a lot of school or who have a hard time staying focused on the teacher’s lesson.

“His students really love him,” explained Alex Friske, who works at Woodrow Wilson with Vivar. “He makes a sometimes stressful environment, a little less so.” 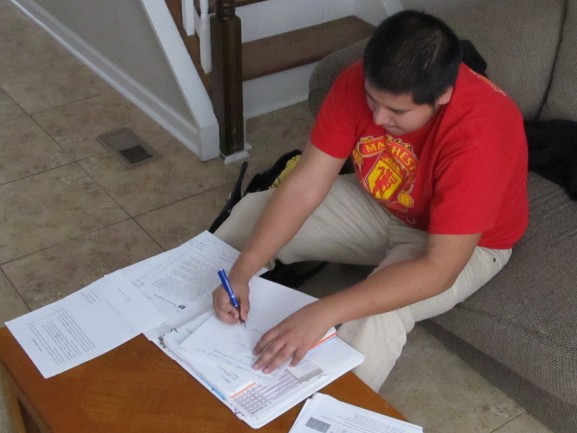 Lunchtime at Woodrow Wilson is one of Vivar’s favorite times because it gives him a chance to interact with different students. He makes it a point to talk with the other students who are doing well. He wants them to know that their hard work does not go unnoticed.

After school is let out, Vivar sticks around to help out with several after-school programs including the hip-hop dance group that he started this year. He leaves his house before 8 a.m. and isn’t home until after 6 p.m.

“Fun-loving, enthusiastic, kind, big-hearted, charismatic and extremely positive,” are just some of the words another one of Vivar’s co-workers, Noel Geraci, used to describe him.

Before Vivar became a mentor to kids at City Year, he enjoyed being the big brother to his sister Lisbeth.

He recalled when he was 8 years old and came to the realization that he was an only child. He cried to his parents, jealous of the other kids who already had siblings.

Vivar finally got the younger sibling he always wanted when his parents had Lisbeth. Now, 16 years later, he’s become a big brother all over again to his middle school students, whom he refers to as “starfish.”

After a long school day, Vivar and his roommates sit down to watch “Jeopardy!” together.

“He has a very refreshing personality and he has a very good heart. I’m lucky to have met him,” said Terence Baker, a roommate of Vivar who works for City Year at Frankford High School teaching ninth grade.

His other favorite pastime is soccer. He’s loved the sport ever since his dad started bringing him to recreation league matches to watch together.

“Some of the best times was chilling with my dad and watching soccer,” said Vivar, wearing a red Manchester United tee.

For the past two years, Vivar has taken his passion for the sport to the next level by writing for an online soccer website covering the Philadelphia Union and Roma teams. He’s not paid for this work, but he’s committed to working on his craft as a writer and following the games, turning out pieces on player evaluations.

Between City Year and sports writing, Vivar is always thinking about the bigger picture. He strives to do what he loves and gives back while doing it. 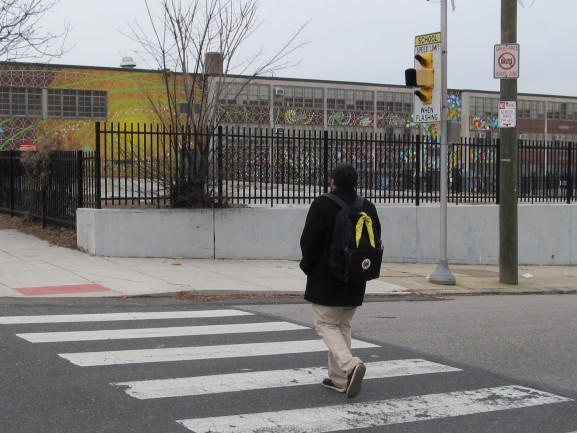 – Text, video and photos by Chelsea Lacey-Mabe and Lera Salmon

Elvis Almanzar, a psychology major at Temple University, sported a maroon and yellow Puentes de Salud T-shirt. From Reading, Pa., Almanzar is tied into his senior year which will end with him receiving a certificate [continue reading…]