The Ethical Humanist Society of Philadelphia echoes the traditional ideas of humanism, which is the philosophy that highlights the importance of all human beings. In general, most humanists prefer to think analytically and critically, relying on evidence rather than simple acceptance.

Hugh Taft-Morales serves as the clergyman for the Rittenhouse Square-based fellowship. Taft-Morales is a father, husband, activist and Leader.

“When we say he is the ‘Leader,’ the ‘L’ is capitalized because it has a special meaning,” explains member Nick Sanders. “I don’t know how he has all these positions and handles them so well. He’s very popular.”

Taft-Morales is heavily involved in the Ethical Society and its message, so much so that he splits his time as the Leader of the Baltimore chapter as well as Philadelphia’s.

Working as a high school teacher for 25 years – teaching 11th grade history and philosophy – Taft-Morales wanted to be more involved in helping others.

“I loved teaching, but I wanted to have a little bit more of an impact,” he said. “I felt like the world was, to me, not going in the way that it needed it to. There was something about trying to speak to the broader issues and to the voting public that I wanted to do. So I got involved.”

Working as the Leader of the society for six years, Taft-Morales continues to help the community of the Ethical Humanist Society as well as the Rittenhouse neighborhood at large. 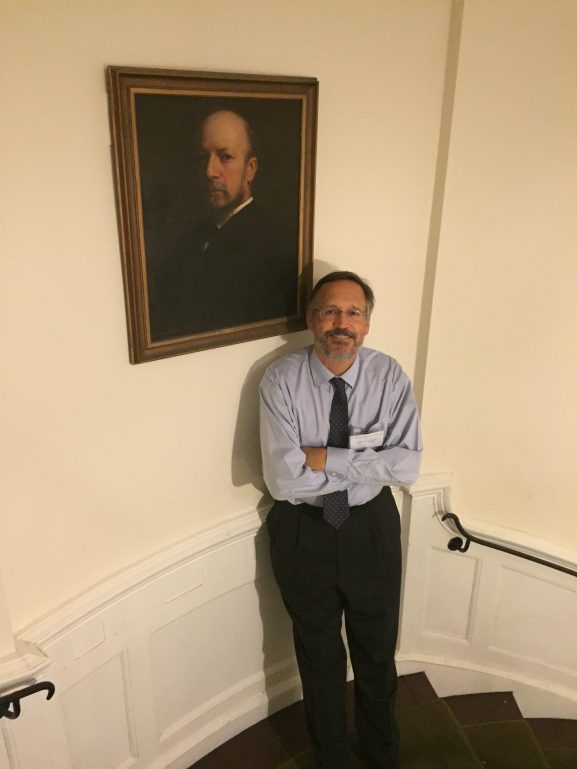 What kinds of ethical and social issues does your community talk about and support?

A lot of what we’re about is what the members bring. We don’t have a sacred text, but there are a set of values that we are founded on, like the inherent worth of every individual and the importance of creating social justice. This, to me, means the belief in the worth of every person and systemic change that allows others to be empowered themselves, so they’re not constantly relying on charity or being abused by charity.

How long has the Ethical Humanist Society of Philadelphia been in Rittenhouse Square?

Since the ’20s. It was a gift from a member. It’s very expensive to stay here and it’s an old building. Sometimes we think about selling the building, but I’m committed to this space. I’m not going to be here forever, but I will be here when we’re here. This is a privileged neighborhood, but we offer at least a little bit of a spot for messages other people are unable to deliver here because they can’t get a space. 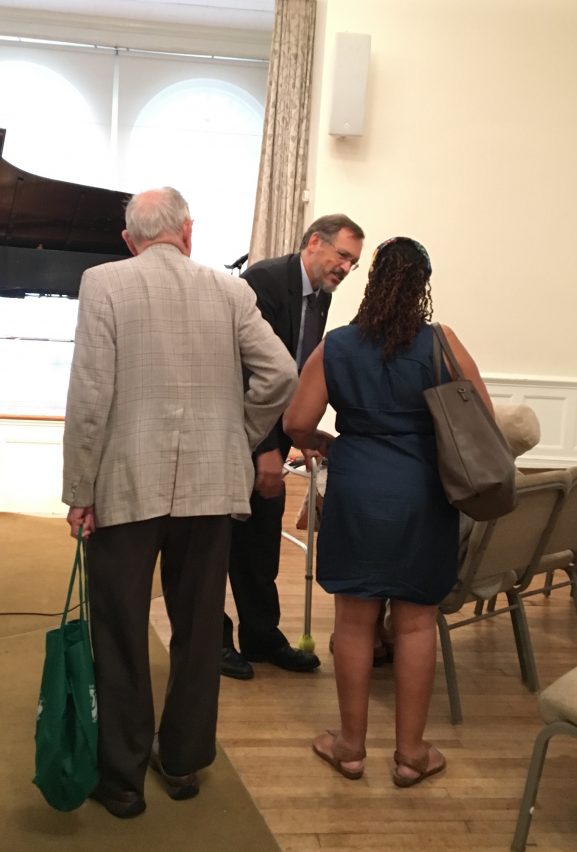 How do you afford to stay in this space?

We have no mortgage, but try to manage a 150-year-old building with only 80 members. The members make personal commitments to fund our programs, which basically means my salary and the costs of our programs. Then we rent the building out, which pays to keep the building going. It’s not easy.

What else is the building used for?

In addition to the Ethical Humanist Society, we offer Philly organizations a space. Amnesty International hosts their monthly meetings here for free. We gave our space for free to Occupy Philadelphia when they were active here. We give very low rentals to organizations that share our values.

What other organizations do you get involved with?

Our biggest commitment is to the summer camp on the Brandywine River, Camp Linden. Each day, a different group of 40 to 60 kids come up and go through programs teaching them about nature, nutrition and swimming.

Our other big commitment is with POWER, the Philadelphians Organized to Witness, Power and Rebuild. They focus on living wage, immigration rights, reform of policing, voting registration. We try to support a lot of the work that this organization does. It’s not about charity though, it’s about justice. We also work at a soup kitchen, but I would like to do even more – something that would empower. Quite often, homeless shelters and soup kitchens are Band-Aids. We’re also a member of the Philadelphia Coalition of Reason. 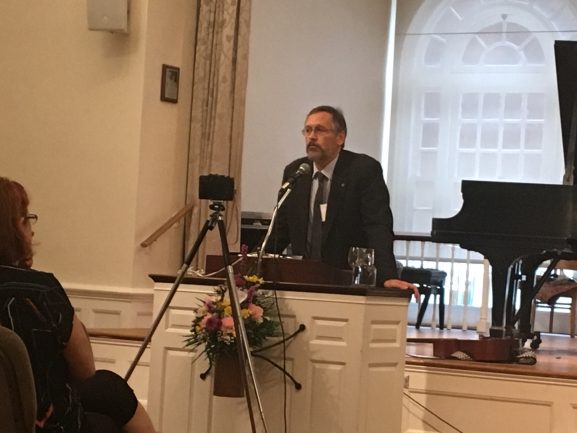 How do you believe that your community has made a difference in the surrounding Philadelphia neighborhoods?

Certainly for the kids who go to our camp. We hear kids say at the camp that they literally have never seen so many trees before. Unless you bring kids into the natural world, it’s very hard for them to make any sort of connection. I think we’ve also made a big difference to our members. There are a lot of members who want a community that’s tighter than a neighborhood; we’re sort of an oasis for them. I certainly know some people who have been helped in times of personal crisis, whether it’s been in times of unemployment or death of a loved one.

What is one issue that you feel very passionate about?

One of my pipe dreams, for myself personally, is criminal justice reform. There are more and more books coming out showing how the criminal justice system is a continuation of systemic racial oppression by authority. When you criminalize poverty and create situations where people are forever labeled as being “ex-cons,” then they’re denied housing benefits, scholarships and job interviews. If you go into areas of North Philly, literally 90 percent of people have a family member who is currently incarcerated or in the criminal justice system through probation, which is virtually a life sentence to poverty.

They’re from diverse backgrounds. We are still, at the moment, primarily people of privilege. We’re trying to figure out how to take down this sense of difference from the city. You need a boundary around a community simply to define a community, but the boundary needs to be porous – like the walls of a cell, so nutrients can flow in and out.

– Text and images by Mary Salisbury and Madeleine Darr

Joseph Corrigan started working on election campaigns when he was 13 and has yet to stop 12 years later. He has worked primarily in Montgomery County but also in Delaware County and was a manager [Read More]

Thousands of families in Philadelphia recently sat down at their dinner tables to enjoy a Thanksgiving meal complete with a turkey and all the fixings. The meal is the culmination of the time they spent walking [Read More]

On the door to Room 127 on the ground floor of City Hall, the “5 p.m.” closing time sign is peeling off. Scott Brown, director of the Veterans Advisory Commission, leads the agency established by [Read More]