Olney Charter High School was once a building housing two separate high schools. Imagine walking into school with a friend and having him or her go right to enter Olney High School East while you stayed left towards Olney High School West. This was the case for the two failing schools in Philadelphia’s Olney section as recently as four years ago.

That was until Jose E. Lebron took over as principal. Lebron came in when the educational company Aspira combined the public schools and began managing them in 2011.

“This separation of the high schools was creating obvious problems among our students,” said Lebron. “These were kids from all different types of troubled upbringings being told to stay away from other students in the same building. The whole concept was wrong in itself.” 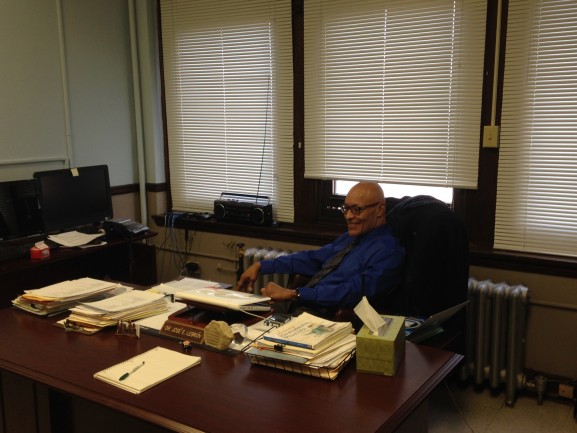 Lebron graduated from Temple University with both his bachelor’s and master’s degrees, and enrolled in law school shortly thereafter.

“I really wanted to be a lawyer at one point,” said Lebron. “Then I realized that unless you knew someone or were an extreme standout, you’d probably end up as a clerk in a small office somewhere being a dime-a-dozen lawyer. I knew I could do more for those around me.”

After realizing law wasn’t for him, he took jobs teaching at various schools in Philadelphia before landing his first administrative job at the same high school he graduated from. At only 23, he was hired as an administrator at Thomas Edison High School, located in Philadelphia’s Hunting Park section. He stayed there for a few years before serving as principal at Julia De Burgos Middle Magnet School at 8th Street and Lehigh Avenue. 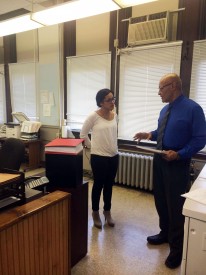 He worked at De Burgos for nine years before returning to Edison as principal. Lebron stayed there for a decade before retiring in June of 2007.

“I stayed retired for all of about two months during June and July of 2007. Imagine that,” said Lebron. “I got a call in August asking if I could act as interim principal for a school who lost their principal on short notice and needed to start the year. I did that for about six months before jumping around from various troubled schools over the next three or four years.”

Lebron became the principal at Olney Charter High School in 2011. One of his main focuses was on the need for improved safety among the students and faculty. 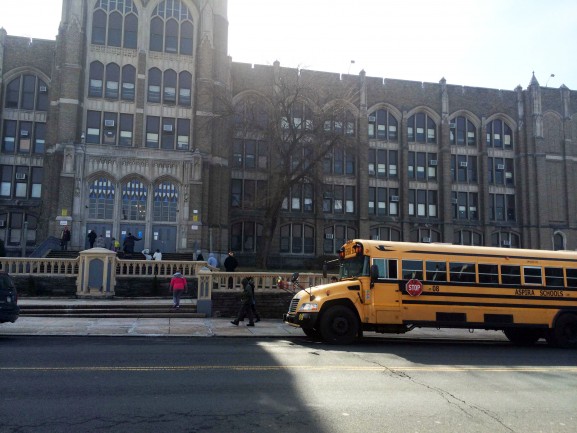 He implemented a school police administration and installed video cameras with a live feed to his office in every classroom and hallway of the building. He hired two student psychologists, five counselors, four deans, and four truancy officers to work on his staff.

“I promise you I could build you a house made out of paper and paste, but I can also promise you it’s not going to last very long,” said Lebron. “You want me to build a house that’s going to stand the test of time, then give me the concrete and the bricks and the steel and I’ll have a fortress that will last you forever and ever.”

Crystal Berberena, an administrative assistant at the school, has worked with Lebron for four years.

“He is a very compassionate and understanding man who cares for his students and wants to see them succeed in life above all else,” said Berberena. “To me, that is the ultimate goal for a principal.” 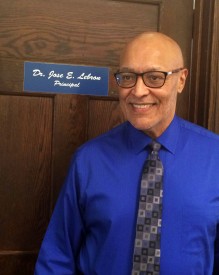 His success has not come without its fair share of challenges. Throughout his career, he has chosen to take jobs at schools with students who have problems in their lives that go far beyond schooling. Almost all of these schools have been in Philadelphia’s most dangerous and drug-ridden areas.

“The toughest part is dealing with some of the teachers,” Lebron said. “I still get new teachers in here from time to time who think they’re going to tell the students what they need to know and how they should be doing things. I got some kids who will tell these teachers things about the birds and the bees they probably never even heard before. They’ll have these types of people pegged from miles away.”

Lebron has a scholarship named after him that is given to one Hispanic student each year following their high school graduation and grants them two years of tuition at the Community College of Philadelphia.

Narberth Rice is the dean of students at Olney Charter High School. He only had one thing to say about Lebron.

“His famous quote is, ‘The choice is always yours,’” said Rice. “I like to live by this with my work.”

– Text, images and video by Amanda Thompson and Kevin Troilo

A chanting voice flows out of the top floor windows of the Chua Bo De Buddhist Temple in South Philadelphia. A drum beat signals the followers to recite the mantra. Draped in plain blue robes, […]

The students at L.P. Hill Elementary School already have their sights set on the end of the first half of the school year, most commonly known to them as holiday break. “They get anxious knowing […]

This summer, the North Fifth Street Revitalization Project is working to develop and encourage numerous cultural heritages of residents in Olney through free local programming.  “Our diversity is our greatest asset,” said Stephanie Michel, assistant director […]