As Chin comfortably sat in the black swivel chair with a nice white dress shirt tucked into his black slacks, he began to share the beginnings of the corporation. PCDC first opened its doors in 1966, beginning as a grass roots activist movement. Chinatown was a “blighted area,” said Chin, so the PCDC wanted the community to come together and preserve Chinatown, especially due to the urban renewal developments.

When did you start working for the PCDC?

I began in 2000 and started out at the highest position, as executive director. Seven years prior, I volunteered at Holy Redeemer Church and it was inspiring. We fundraised and began to implement the program. Our neighborhood’s vision is to preserve, promote, and protect Chinatown. Chinatown has a strong Chinese identity but they’re open to multi-ethnics.

How is the zoning for Chinatown North expansion coming along?

Well, we accomplished expanding Chinatown about 10 years ago. But, you know, there’s gentrification and then there’s the perceived idea of gentrification that everyone thinks. We use the words “equitable development” so it doesn’t come off as offensive and is a way to restart the conversation. 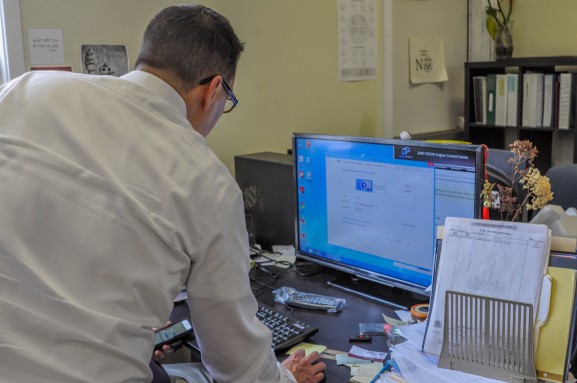 What are some of the successes of Chinatown and some of its pitfalls?

One of the major pitfalls was due to Bonnie Tsui, a writer  for the Atlantic Monthly, who said that Chinatowns across the United States are dying. She mentioned Philadelphia. I took that personally. What makes Chinatown, is Chinatown and it helps to sustain it. I mean, we got it right for the last 10 years and now, we have to make it relevant to the next generation. This generation is the “elder’s vision” and they only know how to preserve their own ideas.

The older generation has lived through their own struggles and challenges and with the new generation coming into Chinatown, they are living off of immigrant’s successes.

What are some new projects PCDC has planned?

We want to make Chinatown to be the destination for the next generation and be able to provide amenities they can look for – a multi-generational place where older and younger people can call the neighborhood their own home.

We have spent about $10 million in landscape alone for Chinatown. We started a dollar per day program about four years ago, where three people keep Chinatown clean daily. It took time to educate the population because you’ll have one person say, ‘Why do I have to pay if this person next to me doesn’t have to?’ Then I’ll explain to them that we, as a community, have to keep Chinatown clean so tourists will visit. 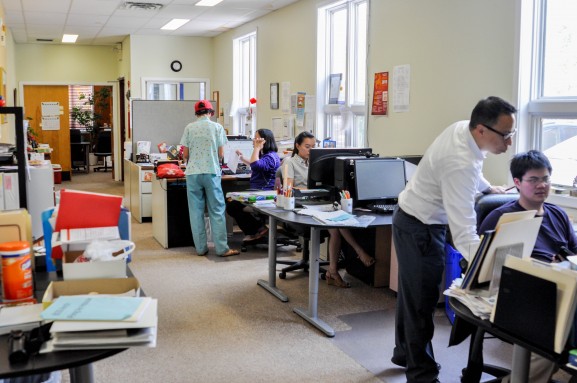 How has the Convention Center affected Chinatown?

We have had  some disagreements  over the years  but the main  issue is physically speaking. The loading blocks face Chinatown, so there is no exit to Chinatown. The exit is towards Center City.

As tourists go to the Convention Center, they usually have no idea that Chinatown is behind the building. But the surrounding businesses help promote and market Chinatown.

Does PCDC ask the community to contribute ideas for future projects?

Mostly the ideas originate from PCDC but we ask the community to contribute too. People just don’t have or don’t make the time to think of ideas and deliver. Right now, they don’t have the thought of working together to promote Chinatown. 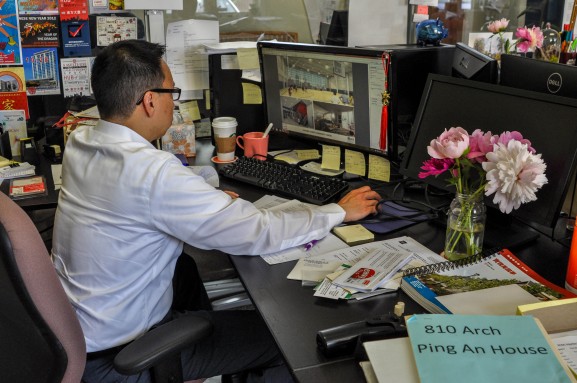 – Text and images by Abby Chang and Jessica (Yuxuan) Jia.