AAU was formed during a time where there was a growing population of refugees who had been displaced by the wars in Southeast Asia. They were settling down in Philadelphia in big numbers and their needs were not being met. 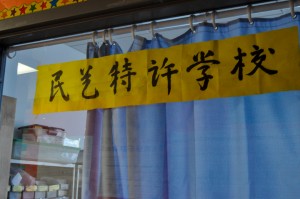 In 1985, people saw what was happening to the Southeast Asian refugees and noticed that no one was addressing the injustices that were happening to this community. So, the politicized young Asian Americans felt the need to come together.

“Asian Americans have their own specific history and experiences that are different from each other,” said Ellen Somekawa, a former AAU executive director. “People want to talk about and have realized this pattern of oppression that has happened against Asians. They see the similarities.”

Somekawa, now 59, began her activism and volunteer work with the organization in 1988. After her involvement as a volunteer and student intern, Somekawa became the executive director of AAU in 1996. She held the position for 18 years. In October of 2014, she resigned and transitioned to becoming the executive director of  the Folk Arts–Cultural Treasures Charter School.

“I had been involved in progressive politics, and had this inclination to be more involved and felt this need to use my voice,” said Somekawa. 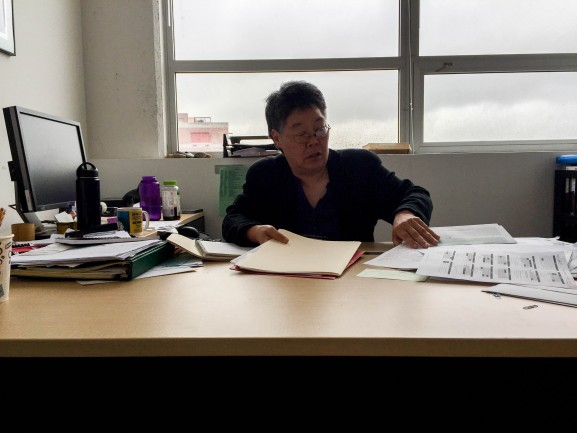 She had planned to become an academic, but then found AAU and saw that she missed working with other people to make a change.

Somekawa was attracted to the model AAU was following – using the potential of young people and their growing bilingual and cultural skills to organize the community. In turn, Somekawa learned a lot about youth leadership, how new communities were forming and also the extreme poverty and neglect the communities were facing.

“AAU has a lot youth projects,” said Wei Chen, a youth organizer with AAU, “and we are trying to be more influential to the Asian youth group.”

There is solidarity among people and they are willing to try to learn the lessons from the past, and to come together to address these issues collectively.

“Coming together can be really powerful.” said Somekawa. “Our track record speaks for itself.” 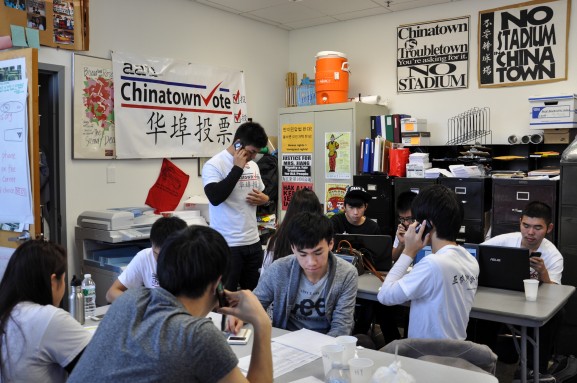 Some of the wins: getting a Department of Justice settlement against the School District in South Philadelphia, and stopping the city from building a casino near Chinatown.

It was AAU’s experience in strategizing and forming coalitions that allowed them to rally support against the building of the casino.

“It had to do with creating a citywide multi-racial coalition to stop it,” said Somekawa. “By being strategic and learning how to create coalitions based on principles, you can increase your power.”

Another major victory was the creation of the Folk Arts-Cultural Treasure School. Asian American students were not necessarily being well served by the public system and they often faced discrimination.

Before the Phillies built Citizen’s Bank Park, there was talk of their new stadium being located near Chinatown. AAU protested that location vigorously.

Somekawa said if the baseball stadium had won, FACTS would actually be the parking lot to the stadium.

Currently, AAU has a few projects in the works, including the Chinese Youth Organizing Project, a program that develops immigrant high school students into community leaders.

Another summer program being organized is AAU’s Asian American United Summer School Program. With this program, AAU will recruit high school students who show leadership potential, and train them to become better leaders. They will also invite students from the 2nd grade to 9th to join the program. In this program, students will learn to build up their communication skills and to connect with the neighborhood.

The breadth of what AAU has done has covered many communities in the Philadelphia area. From West Philadelphia to Chinatown to South Philadelphia, AAU is a growing organization that have people like Somekawa and Chen helping Asian American voices to be heard.

– Text, video and images by Abby Chang and Yuxuan Jia.

“I am not a bug person,” said Anaiis Salles, resident beekeeper at Green Sanctuary Community Apiary, located on the grounds of the 52-acre Awbury Arboretum. How, then, did Salles become an authority on beekeeping in [continue reading…]