It’s a section of Philadelphia that houses some generations-old families that have never left.

Other residents have arrived from quickly gentrifying areas like Fishtown.

Others are among Port Richmond’s well-documented population of Eastern European immigrants, including a thriving Polish-American population, a Lithuanian population and a relatively-recent influx of Albanian immigrants.

O’Connor has supervised the city’s 24th Police District, which encompasses Port Richmond and parts of Kensington, for the last year and a half. Port Richmond’s amount of violent crime, he said, hasn’t given him or his district many problems. 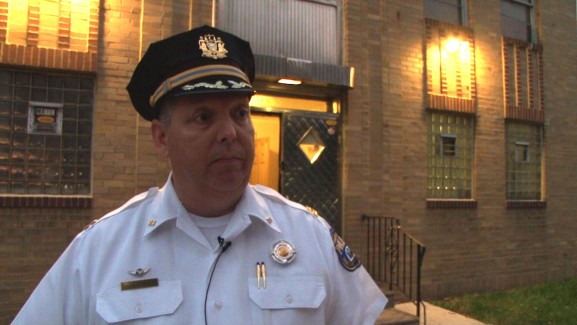 “Violent crime is very rare in Port Richmond,” he said.

Port Richmond hasn’t dealt with a homicide since two men were shot, one fatally, on the 3200 block of East Cambria Street in September 2014.

Some homicides have occurred just near the neighborhood’s western border in Kensington.

The fatal shooting of a teen on March 26, 2015, outside a mini-mart at the intersection of Amber and Cambria streets, marked the latest of three shooting cases along Amber Street, which sits along Port Richmond’s western border, since April 2013.

Each of those cases were considered to have occurred in Kensington.

According to Philadelphia Police records, Port Richmond has documented 57 robberies this year through the end of June. Fifty assault cases have also been reported since Jan. 1, along with 13 rape cases.

O’Connor said the neighborhood still has a problem with its property crimes.

According to Philadelphia Police, 427 thefts have been reported within Port Richmond’s boundaries since the start of the calendar year. Along with them, 98 burglaries have been reported. Freshly painted graffiti is also a common sight throughout the neighborhood year-round.

These property crimes, according to The Inquirer, amount to the fifth-worst total (643) among the city’s neighborhoods.

O’Connor said the neighborhood also deals with a high amount of copper theft, a common crime committed by drug addicts. This typically occurs when houses are left vacant and vulnerable, O’Connor said.

“You have a lot of people [in Port Richmond] who are elderly,” he said. “If they pass away or they go to a nursing facility or something along those lines, their houses are left vacant until their children decide what to do with them. What happens is a lot of times when we have properties that are vacant, people break in. They steal the copper to help feed their drug dependency problems. That’s the main property crime we see in Port Richmond.”

When discussing the positives of Port Richmond, though, Steepy referred to the project that will turn the former Nativity of the Blessed Virgin Mary Catholic School, which closed in 2008, into a senior center.

Steepy and another Port Richmond resident, Maryann Fudala, said the vacant building became a popular hotspot for drinking, doing drugs and crafting graffiti. The center is expected to be completed by November.

“Druggies were living in there,” said Fudala, a 30-year resident of the neighborhood. “But they’ve employed a watchman since they started working on it. They have somebody watching the building all the time.”

Sam Thomas, a Pittsburgh native who works as the commercial corridor coordinator for the New Kensington Community Development Corporation, deals regularly with Port Richmond businesses along Allegheny and Richmond streets. 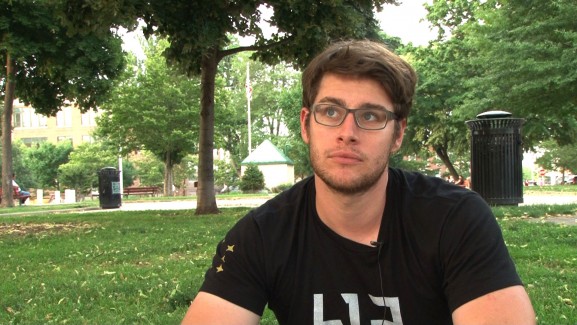 He said many of Port Richmond’s businesses have stayed put through the years, a sign of a stable community.

“Port Richmond is a really unique river wards community,” he said. “The development in the river wards, Northern Liberties, Fishtown and Kensington, has been pretty extreme. Port Richmond has, in a lot of ways, stayed. Not a lot has really changed. A lot of the businesses you see here have been here since the [1980s].”

Thomas is currently a Kensington resident. Although he doesn’t live in Port Richmond, he said he has heard talk of the neighborhood’s current state and what the future could have in store.

-Texts and images by Andrew Parent and Paul Imburgia.

South Philadelphia: Police Reach Out to Victims in the Mexican Community

https://vimeo.com/33192434] Robberies and assaults have been plaguing the Mexican community of South Philadelphia, but many of the crimes are not reported to the Philadelphia Police Department. “I want to say five years, probably a little [continue reading…]

Port Richmond: For Patty McCloskey, Building a Community is No Walk in the Park

A group of teenagers are creating serious problems for the residents of Port Richmond, said Patty McCloskey. She said consuming alcohol, doing drugs and trashing the park are a few of the localized problems that can [continue reading…]