Regarded as one of the best high school basketball leagues in the country, the Philadelphia Catholic League presents some of the toughest competition anywhere. But for those old enough to remember the glory days of the 60’s and 70’s, the basketball being played today offers a small glimpse of what once was a religion itself in Philadelphia.

“Back then there was a sense of continuity, depending on what parish you were from,” said Frank Fitzpatrick, a longtime sportswriter at the Philadelphia Inquirer and a graduate of Cardinal O’Hara High School in Delaware County.

That sense of community has all but disappeared today. Much of that can be attributed to the recruiting process used today, where some schools like La Salle College High School and St. Joseph’s Prep use open enrollment, which allows some kids from out of state to come play in the league.

“My 14 years at Roman, we never had a kid who shouldn’t have been at Roman,” said Speedy Morris, who coached Roman Catholic High School from 1967-1980 and is now the head coach at St. Joesph’s Prep. 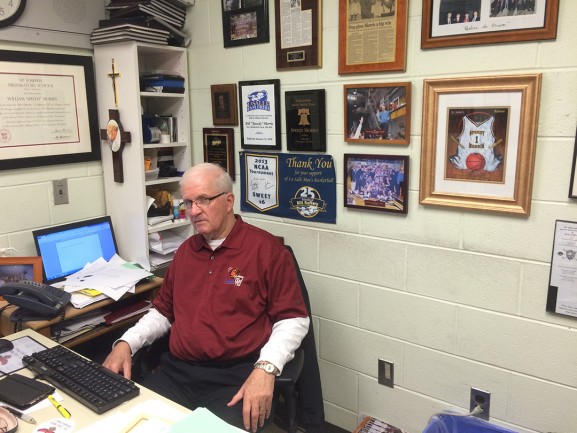 In the past, it was customary for a local kid to go to a Catholic school. Then, provided he was good enough, play for a Big 5 school. This meant that everybody got to know most of the players, as they spent a large portion of their youth playing basketball around Philadelphia.

One of those kids that you probably knew was Mike Daly. Daly went to O’Hara, graduated in ’68, and went on to play for a Villanova team that finished runner-up to UCLA in the 1971 NCAA tournament.

“People wanted to stay in the city, which made the Big 5 more competitive back then,” Daly said.

“I remember you would go to a Bonner versus O’Hara game and it would be standing room only,” Morris said. “That doesn’t happen anymore.”

Often times, those large crowds were treated to an exhibition of proper basketball. With solid fundamentals and good team play, you could count on seeing a well-played game.

“Back then, they preached fundamentals much more than they do today,” Daly said. “If you threw a behind the back pass you were running suicides after the game.”

Nowadays, behind the back passes are much more common and good fundamentals have gotten lost in the shuffle of finding the best athletes possible.

“The guy’s today are much better athletes,” Fitzpatrick said.

Coach Morris agrees but points out the role technology has played.

“Nowadays, with injuries, guys are back much quicker than they ever were before,” Morris said.

This begs the question, which is more important, fundamentals or athleticism? For Fitzpatrick it’s not even close.

“The guys today would crush the guys from back then,” he said.

For Daly, the comparison is a lot tougher, due to the difference in eras.

“Back then, I never lifted a weight in high school or college,” Daly said. “Weight lifting was frowned upon.”

Morris, who has coached through both eras, has a lot more confidence in the guys from the past.

“My ’69 Roman team would not get crushed by anyone,” Morris said. 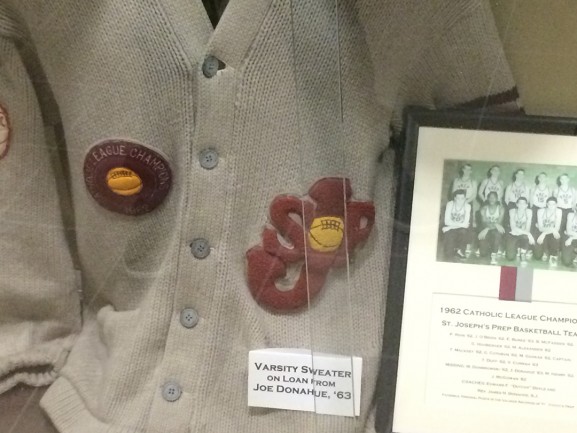 That Roman team also featured one of the best players to ever come out of the Catholic League, Mike Bantom. Bantom excelled during his senior season at Roman, then went on to play for St. Joseph’s University and spent nine seasons in the NBA. While at St. Joe’s, Bantom was a part of the 1972 USA Olympic team, which controversially lost the gold medal to the Soviet Union. However, basketball stardom didn’t come easy for Bantom in the Catholic League.

“He didn’t play much his junior year,” Morris said.

The following summer, Bantom amped up his work effort and it paid off.

“He was first team All-Catholic his senior season,” Morris said.

Bantom came into Roman a relatively small 6’0” kid. He left St. Joe’s a 6’9” Olympian headed for the NBA.

However, Bantom is not the only former Catholic Leaguer to make it big. John Cappelletti, best remembered for winning the 1973 Heisman trophy as a running back at Penn State University, was also a standout basketball player.

“I got to know Cappelletti and most of those guys on the playgrounds during the summer,” Daly said. “We played at the Drexel Hill courts.”

Those local playgrounds represented another part of the community aspect of the Catholic League. For those who grew up on it, things aren’t the same.

“It’s sad that it’s all been lost,” Fitzpatrick said.

Health Beat: Philly Girls in Motion Gets Young Ladies Up and Moving

https://vimeo.com/89371076] After a long career in sports – coaching, running fitness programs for two schools in the suburbs and teaming up with others to run a large basketball clinic in South Philadelphia – Beth Devine […]

In a city where coffee shops and roasters trump nearly every other food service market, cafes continuously strive to stand out above the rest. For many of these businesses, tea may be the answer. Throughout […]

Politics: Councilwoman Brown Shows Service and Activism in the Community

It was shortly after 11 o’clock on a brisk Friday morning in North Philadelphia. Folks at the Martin Luther King Jr. Senior Center at the corner of 21st Street and Cecil B. Moore Avenue were […]