Philadelphia’s oldest Latino organization, Concilio, has been surrounded by an empty lot since its relocation in summer 2014. A few months ago, Concilio reached out to KaBOOM!, a nonprofit organization that builds playgrounds with community volunteers in areas where kids may not have a place to play.

“Our mission is to cultivate the strength and resilience of children and families, improve the quality of life in our community, and maintain our community’s heritage, history, and culture,” according to its mission statement. 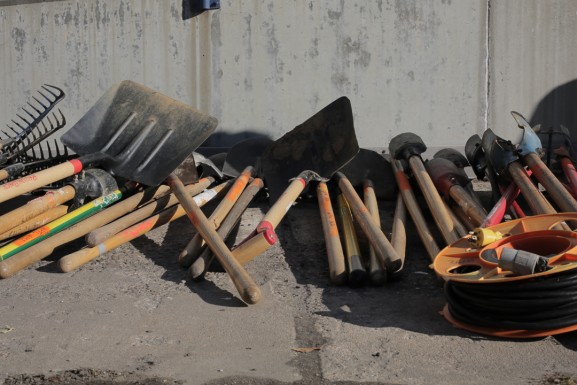 Sarah Zieglar has worked as an intern for Concilio since August and believes the playground will make for a positive impact on the community. She sees the number of foster children that go through Concilio on a daily basis and also realizes that there is a daycare next door.

“There are a lot of major roads and not very many parks or anything like that, but there are a lot of children in the community so I think the playground will be very beneficial to not only Concilio but the entire community,” said Zieglar.

Concilio initially contacted KaBOOM! a few months ago and plans began to be made about the different materials, location and amount of help they would need for the playground. Everything came together on Nov. 14 for the actual build day. More than 150 volunteers from Concilio, the community, WPVI-TV, Walt Disney and many local schools came together for a day-long assembly of the playground for Concilio’s empty lot.

Leading the project on KaBOOM!’s end was Kristin Karsch, who has been with KaBOOM! for more than 10 years. She first started volunteering in New Orleans and was asked by KaBOOM! to build one of the 100 playgrounds to help different areas affected by Hurricane Katrina.

Surrounding the Hunting Park area there are quite a few playgrounds. Bruce Datil, the secretary on Concilio’s board for the past five years, feels that this particular park promotes safety. 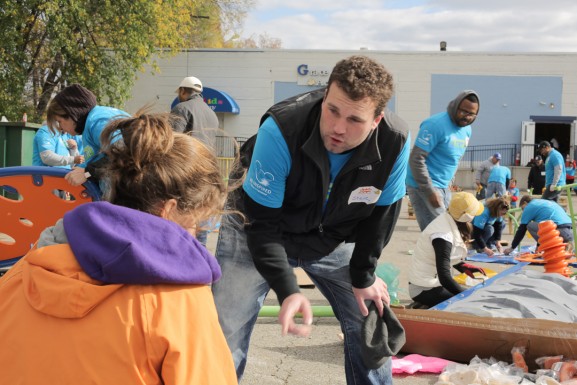 “Sometimes when you have a community organization such as this, people feel more comfortable with bringing their child here knowing that it might be a little more of a safe haven,” Datil said.

This past summer, a man was shot multiple times and killed a block away from Hunting Park’s self-titled park. In the month of November, there were 24 violent crimes reported which included homicides, rape, robberies and assaults.

KaBOOM! acknowledges that one of the main issues facing children in impoverished areas appears to be toxic stress. When a child sees recurring violence over a prolonged period of time, it increases the chance of getting medical problems like depression and diabetes.

The American Academy of Pediatrics has been a supporter of the idea of “play” in how it also allows parents to join the responsive environment and prevent this toxic stress. 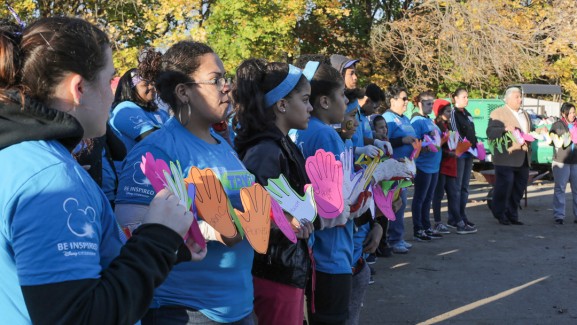 The idea of building playgrounds and parks to help transform neighborhoods has been happening in other areas of Hunting Park as well. Hunting Park is also an 87-acre park in the middle of the neighborhood that is used by the community for play, practice and meeting up.

The community-run and -driven project titled “Revitalizing Hunting Park” has a few components to it: healthy food access created on the basis of activity; violence prevention and youth job training through improving the park itself; and the presence of farmer’s markets and community gardens.

Nikole Smith was recruited by one of her fellow sorority sisters to help out with the playground development and lives 10 minutes away from the site. 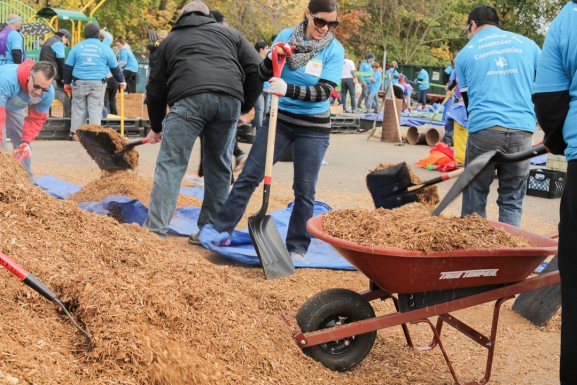 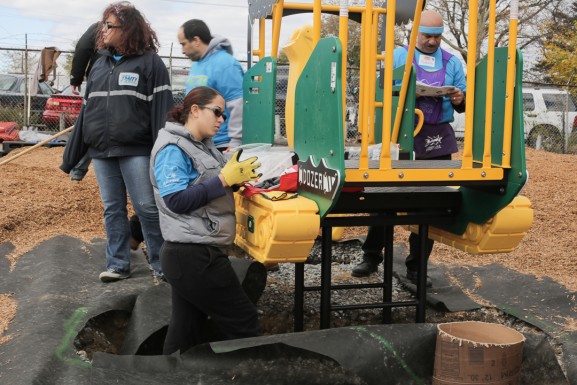 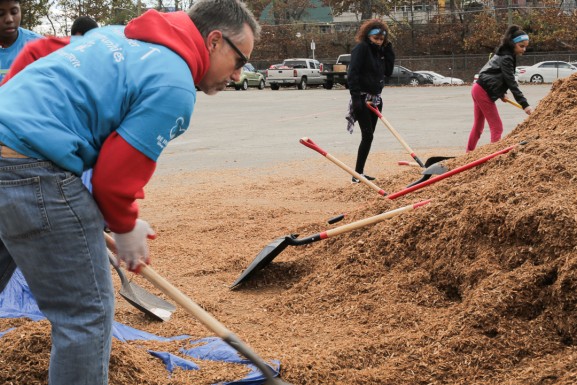 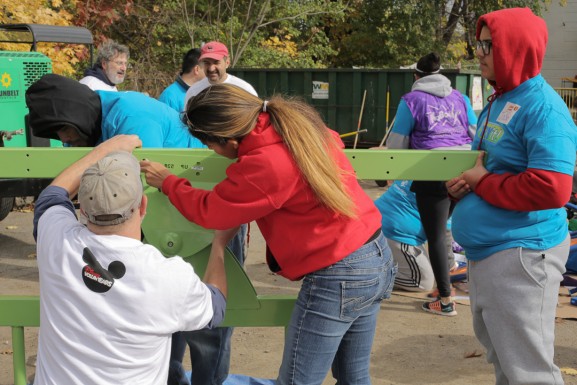 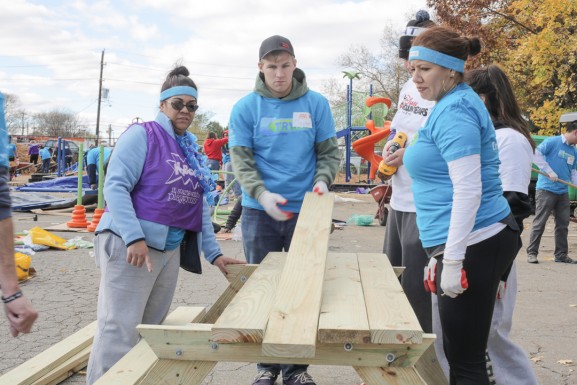 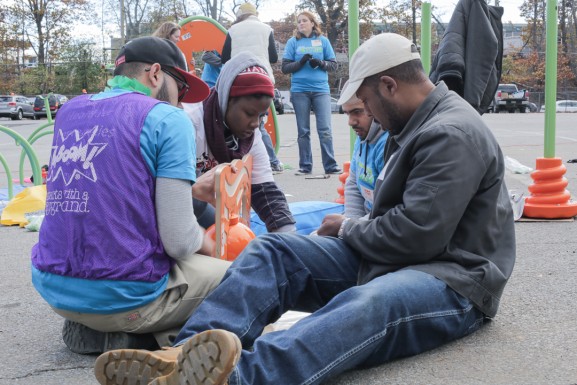 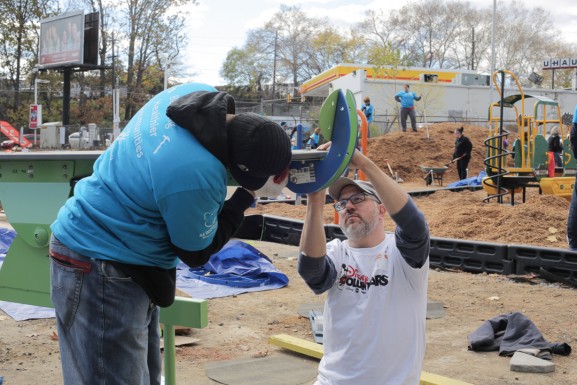 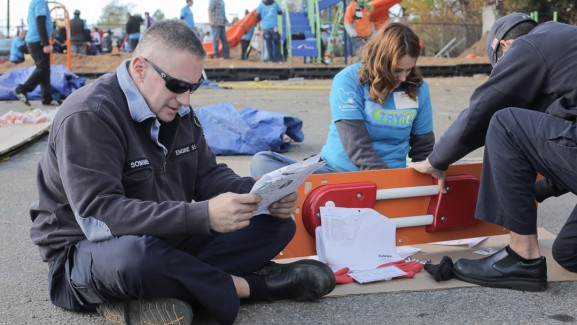 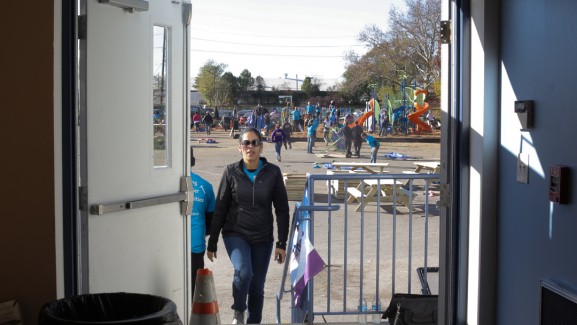 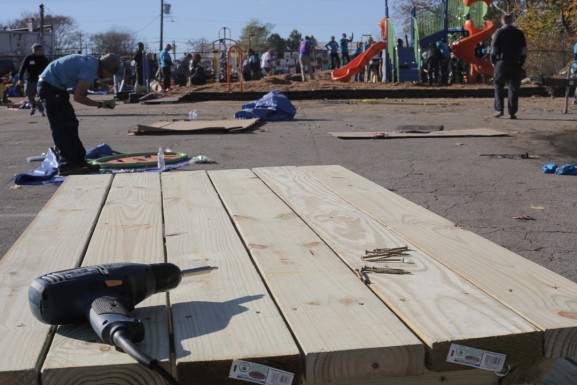 KaBOOM! specializes in placing playgrounds in urban environments. In 2014, it installed 172 playgrounds in 37 different states. To find new playground locations, the organization uses a “Play Map” that assesses the specific area and finds target spots where a playground could logically go.

“It’s an unbelievable impact, to allow the community in which we serve, to allow them to bring their children because they might not have a place and this is something they are able to do so they aren’t on the streets,” said Datil.

Mantua: New Catholic School Education is Back at MHCC

https://vimeo.com/78027577] There are many reasons why community centers are great to have in the neighborhood. They are a safe place for children to go after school. They make more jobs in the area and also [continue reading…]