Walking down Torresdale Avenue in Tacony guarantees plenty of windows to look though. But sometimes windows need more than Windex, and the refreshing of buildings can give more to look at. So in 2014, the Tacony Community Development Corporation started revitalizing the Torresdale Avenue business corridor in the neighborhood. Torresdale Avenue Storefront Improvement Program (TSIP) Project Manager Alex Balloon helps improve storefronts from Cottman Avenue to Robbins Street.

The program has multiple steps, which involve getting designs approved by the city, soliciting bids and completing reimbursement requirements.

“We decided as a CDC, the board decided to support that program and really support it even to the point of contributing our own resources to the project up and above and beyond the city,” Balloon said.

There are approximately 100 businesses in the district. So far, the program has improved about 22 of them. Sixteen storefronts were involved in the first round, which began in 2014, and six were redone in the second round. 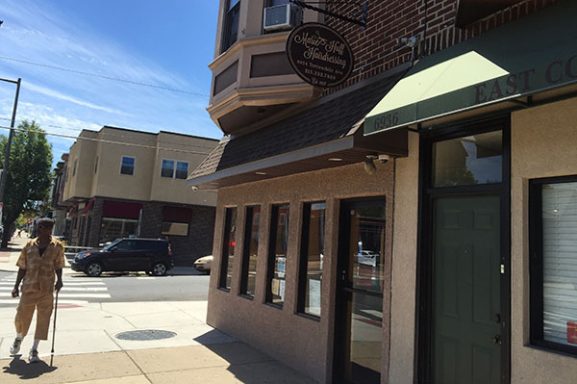 “When we first started the program, we thought we might be able to get three or four storefronts to participate,” said Balloon.

Currently, the team is finishing up its last two projects from the second round, which Balloon expects will be finished by the end of August. It takes at least one year to complete a round of improvements. 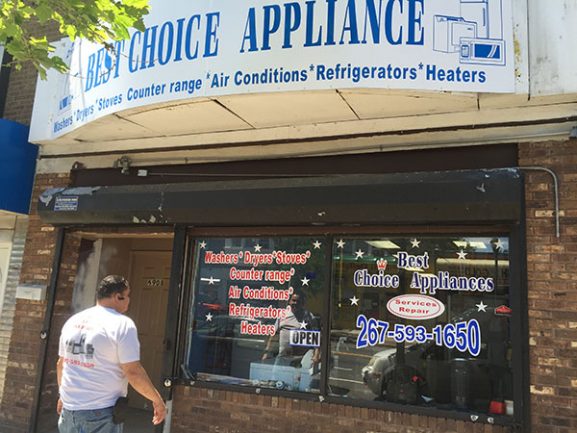 Santa Rodriguez is the manager of Best Choice Appliance at 6908 Torresdale Ave. The business has been at its location for almost seven months. Rodriguez said that business at its current location would help determine if he uses the improvement program.

The program utilizes several partners. The Community Design Collaborative is a non-profit which created designs for the first round, including DeNofa’s Deli. Volunteers have also worked with the improvement program doing logos and graphic design, as well as work-study students from the University of Pennsylvania and Temple University. 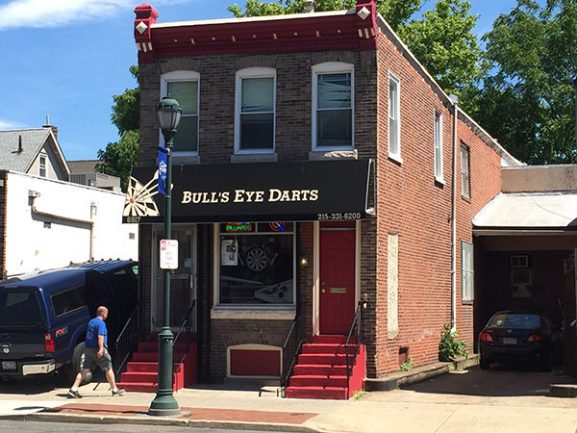 “They’ve done a lot of very creative and fun things,” he said. “Some businesses don’t have as much to work with.”

“If you look at the building with the computer guy, it incorporates kind of an Art Deco halo effect sign that’s reminiscent of the period that the building was constructed in,” Balloon described. “We really use a historic preservation-based approach, so we use the building and its character-defining features as guidance to guide our work.”

The Computer Guy is located at 6911 Torresdale Ave. Formerly the Tacony Post Office, the building’s architecture resembles the decorative style of the 1920s and 1930s, so the redesign was meant to highlight that. To show the detail in the seashells and decorative scrolls, the team painted the historic features blue. The architecture in Miami Beach, which incorporates much of the Art Deco era, helped inspire the Computer Guy’s sign improvements.

Some of the stores with the biggest improvements, according to Balloon, also include Guy Carputo, Magic Wok, Marie Huff Hairdressing and Torresdale Chiropractic.

“We’re evaluating right now if we’re going to do a third round of improvements,” said Balloon. “I’m not sure yet exactly when it would start. We would have to go through a solicitation process to invite people to participate, and I know I have a couple of storefronts that want to participate.”

-Text, video and images by Natalie Weintraub and Karlina Jones.

Soweto: School Has Too Many Students and Too Few Teachers

Students at the helm of three startups passed on office space in favor of working from home this past year in The Radian Apartments at 39th and Walnut streets. Their motivation, they said, was the close proximity to other [continue reading…]

Overbrook: A Sport You Don’t Have To See To Believe

Just because a sport is not featured on ESPN does not mean that it does not take incredible athletic ability. Goalball is one of many sports that blind or visually impaired people play and many compete [continue reading…]