Mayfair pop-ups may do much to unify a neighborhood, but businesses don’t all see eye to eye on the subject of regular pop-up events.

The intent, to bring together community and possibly spur local spending, isn’t an idea anyone would do away with, but some businesses are much more welcoming of the idea than others. 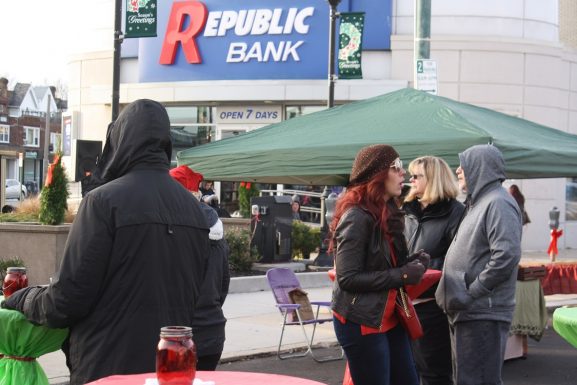 A concern on any main street is what happens when shops close up and the storefronts are left vacant. In a report published on the Oregon state website, vacant store fronts are an ideal place to put pop-ups and vitalize the businesses around the one-off events. In the same report, the authors mention pop-ups are often seasonal, as Mayfair exemplifies.

Mike Scotese is the owner of the Grey Lodge, a popular craft beer bar on Frankford Avenue in Mayfair. The Grey Lodge and Scotese himself have been regulars at the pop-ups since they began in May 2016. The new initiative began with the hiring of the new executive director of the Mayfair Community Development Corporation.

Scotese is one of the local business owners who has set up a booth at the pop-ups. There, he greeted usual customers and made small talk while selling sweatshirts and beer to the crowd in attendance.

“I think it’s great for the neighborhood,” Scotese said. From talking with patrons at the pop-up, Scotese found it clear events like the Christmas Village and night markets give people living in the neighborhood a confidence in choosing their neighborhood. Things are a bit different for him as a business owner though.

“It’s one of those things that you kind of dread at first,” Scotese joked. “But now I look forward to it. This is why you live in a small town type of environment.” 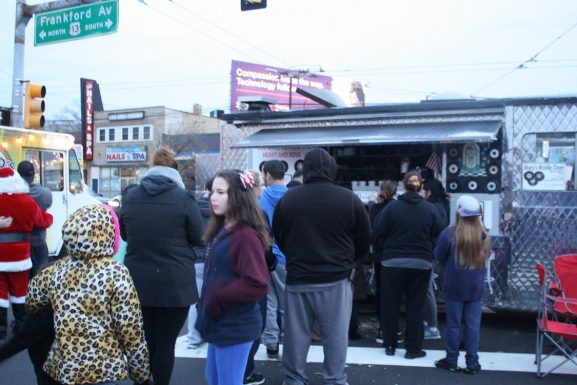 From a business standpoint, Scotese can make his name, and the name of his bar, more recognizable to people who might not have known about it otherwise. Other vendors feel the same way, using the markets as a platform to gain brand recognition to help businesses.

According to Luka Lakuriqi, director of the CDC, vendors have given feedback indicating increased interest in their brands.

“People are constantly asking when the next one is,” Lakuriqi said, referencing vendors and patrons who come to see what the pop-ups are really all about.

Not all Frankford Avenue businesses are head-over-heels in love with the pop-ups and community events though.

Mike Piontco is the owner of Rejuvenated Furniture and Finds, a business on Frankford Avenue which doesn’t benefit from increased foot traffic. Piontco’s customers are deliberate, some driving from as far as State College to pick up a piece of furniture. When they arrive and the street is shut down or they are unable to find parking, questions on the validity of pop-ups which shut down the avenue start to appear.

“I couldn’t try to even estimate the amount of money lost by shutting the Avenue down,” Piontco said. However, the regular pop-up events which the CDC puts on don’t shut Frankford Avenue down,and really only close an easily navigable piece of Ryan Avenue.

“I don’t think you can say that all businesses will automatically benefit from increased foot traffic,” Piontco said. But he recognizes the pop-ups, while maybe not helping, likely aren’t hurting either.

Back at the pop-up, Scotese’s Grey Lodge is exactly the kind of business Piontco is referring to.

“Look around,” Scotese said. “We know we’re successful because the vendors keep coming back.”

Bob Dominico falls somewhere in the middle. The owner of Pat’s Music Center, a Philadelphia staple since 1939, knows the pop-ups don’t directly help him but are a great thing for the neighborhood as a whole.

At first Dominico joked about losing the parking on Ryan Avenue for his store. Situated on the corner of Frankford and Ryan avenues, the pop-ups intrude on his store’s parking real estate. But being a team player for the overall goodness of the neighborhood trumps a few parking spots.

In the same way as Piontco, Dominico doesn’t bother putting a table up, acknowledging his product is not the kind you might impulse buy at a pop-up market. As a part of the neighborhood business associations, Dominico supplies things that he can to the pop-ups such as electricity.

As a business owner, Scotese might have a different metric of success than an organizer trying to achieve an integrated community.

“We’ve always felt very strongly about being part of the neighborhood,” Scotese said.

Where organizers potentially have a more nuanced view of the event and what it means to be successful, for vendors or even just businesses in the area, a bottom line above zero usually indicates success. Foot traffic into Dominico’s store has increased with the popularity of the pop-ups, Dominico said.

“I hope they do, and I definitely think they will continue,” said Dominico, mentioning the value the pop-ups have brought to the neighborhood.

Seeing customers that local business owners recognize at and around the markets helps with a certain feeling and a pride of place in the vendors and customers alike.

-Text, images and video by Erich Martin and Dan O’Neill 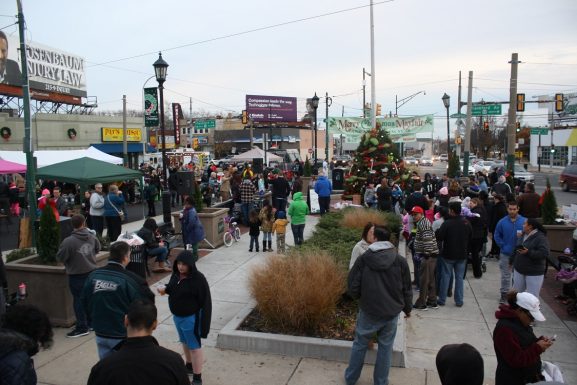 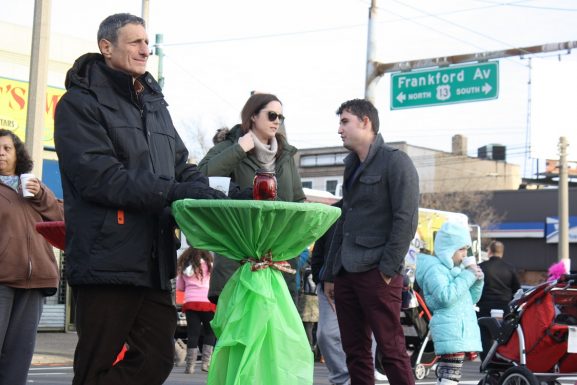 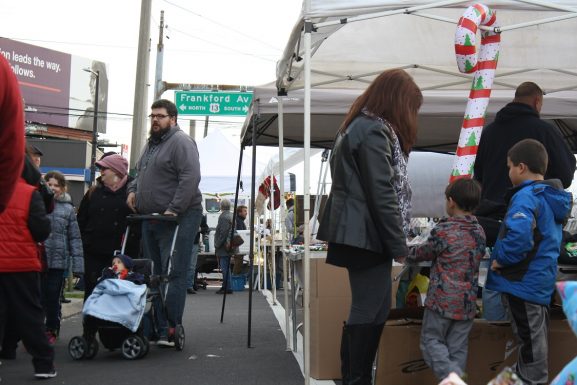 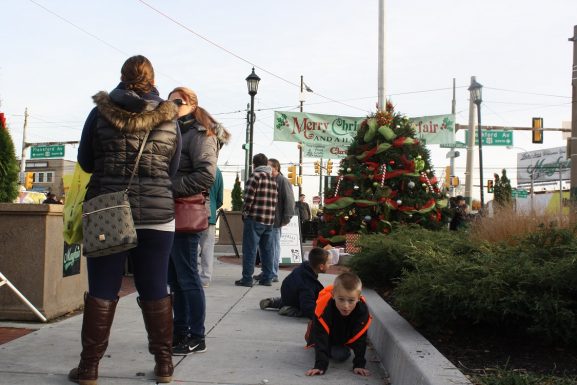 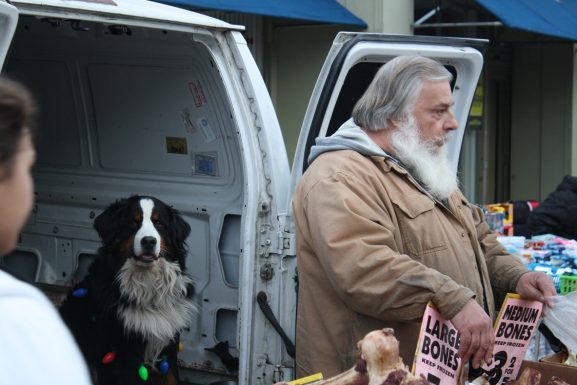 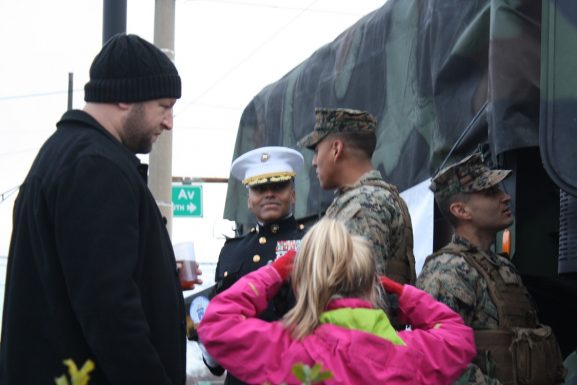 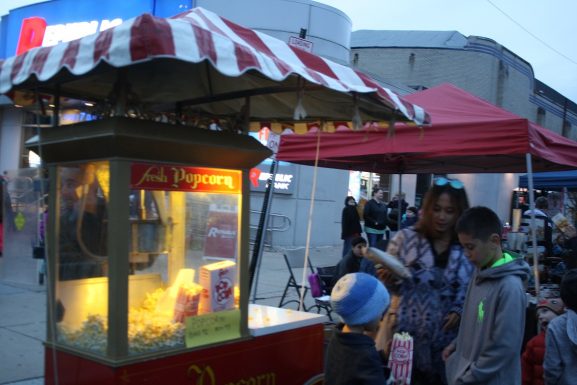 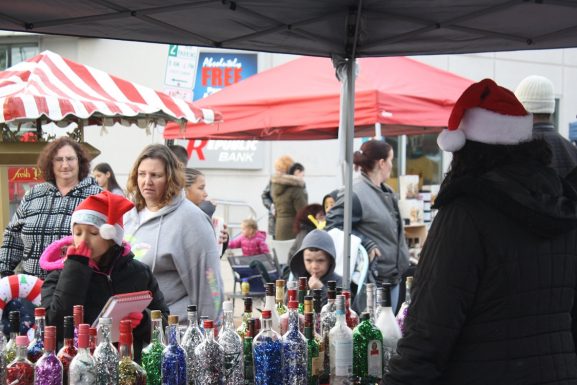 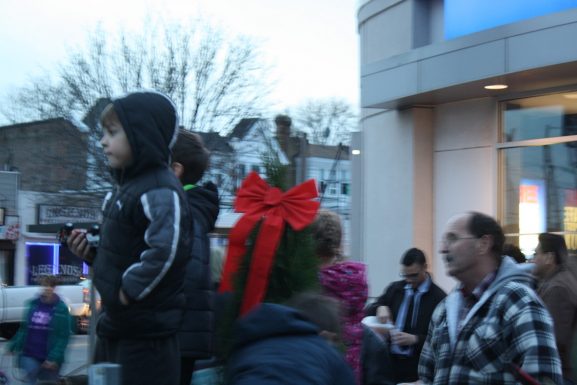 If there’s anything that ties residents of Northeast Philadelphia together, it’s the love of food and family. That same concept is what keeps some of Mayfair and Rhawnhurst’s long-standing bakeries in the hearts of their communities. Bakeries [continue reading…]

The prominent Fishtown art scene has just taken a new role in engaging local residents and utilizing a green approach for a better community through the neighborhood’s very own mascot: a fish. Throughout Fishtown, people [continue reading…]