The Pennypack Environmental Center is a city-owned and operated facility run by Philadelphia Parks and Recreation.

The center, located at 8600 Verree Rd., had its official opening in 1969 and is a subdivision of Pennypack Park. It was created with the purpose of educating community members about the environment.

The Pennypack Environmental Center is about 110 acres, according to Stephen Barras, a grounds maintenance crew chief at the the center. Pennypack Park is 1,600 acres.

“This area was initially set aside as a bird sanctuary in 1958,” said Barras. “It kept growing and evolving into what it is today.” 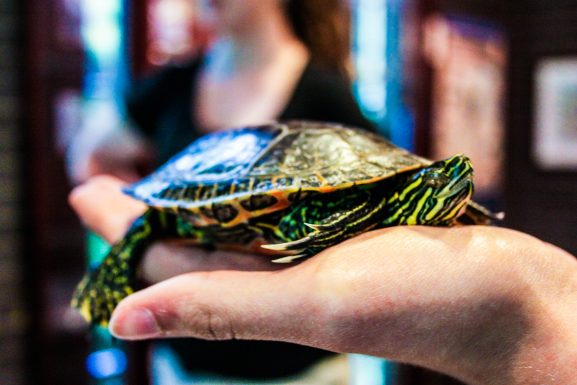 “The Pennypack Environmental Center is a start for folks,” Barras said. “If you want to explore, this is a great place to start because of the exhibits we have ––and the knowledge we have!”

The main objective of the staff at the Pennypack Environmental Center is to inform individuals about current issues in the environment. The center offers an environmental education program for youth in the form of a field trip.

Peter Kurtz has been an environmental education program specialist at the center since 1985.

“I’ve been doing this a long time, so I’m really comfortable with kids,” Kurtz said. “You have to teach by your own behavior. Your whole manner can make an impression on kids.”

“You get the basics in school, but here everything is right in front of you,” Leyden said. 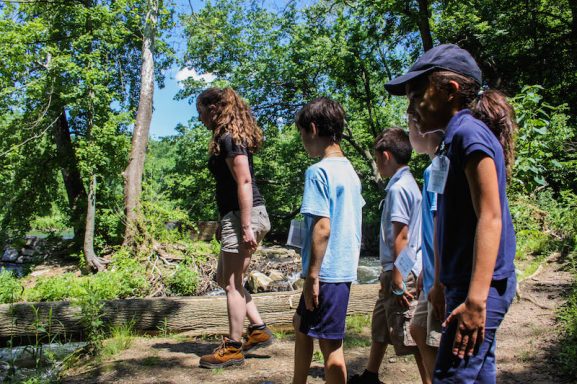 The staff agrees that the best way to teach environmental education is to get the conversation started at a young age.

“We have to keep talking about issues in the environment at all times, so that the next group of little ones gets it,” Barras said. “When they get to adulthood, it’s almost too late.”

Staff members believe that the struggle to keep Philadelphia’s water clean is one of the biggest issues facing the area today.

They work to inform children about the effect their actions can have on ponds and streams.

“Kids have this idea that a storm sewer is a trash can,” Barras said. “They don’t realize that that’s a major no-no because whatever they are throwing down there winds up in a stream. We try and inform them that this is where the pollutants go.”

Leyden agrees that water pollution is a huge issue.

“We’re in what’s called a watershed,” she said. “Anything in this area will drain into the creeks, whether it is antifreeze, gasoline or anything else.”

A watershed is an area of land where rainwater or snow drains into a body of water.

Pennypack Creek is one of seven main sub-watersheds in the Delaware River watershed, according to the Philadelphia Water Department.

Leyden makes sure children know about watersheds before they leave the Pennypack Environmental Center.

“Anytime I teach the kids about water pollution and conservation, they don’t even realize that stuff from cars or stuff from us on the roads is ending up in our creeks and rivers,” Leyden said. “So, that’s a huge thing we go into.”

A major issue facing watersheds is that the infrastructure in Philadelphia is outdated, according to Kurtz.

“More than 30 percent of the Pennypack watershed includes blacktop, rooftop, streets and sidewalks,” Kurtz said. “Water that should be sinking into the ground doesn’t, thanks to these hard surfaces. So, groundwater is not recharged like it should be.”

This contaminated water ends up in watersheds, but it is not the only watershed issue. 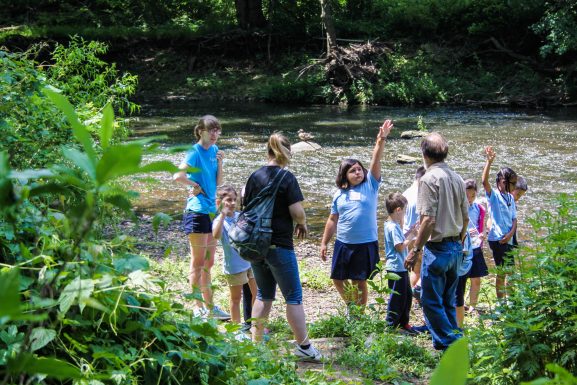 Kurtz always attempts to teach children about such issues.

“The city has been creating innovative concepts to direct rainwater into the ground and not into the sewers,” Kurtz said. “We try and work with the kids to teach them all of these things.”

Rather than teaching children by facts and numbers, the staff at the Pennypack Environmental Center tries to teach by action.

“You have to teach by your own behavior,” Kurtz said. “When I’m talking to kids, I don’t shout at them, I talk quieter. Your whole manner can make an impression on kids. I like to get down on my knees to their eye level, so I can see what they’re seeing.”

“To educate [kids], you really have to connect with them and make them understand,” Barras said.

“You never really know what your impact is right away,” Kurtz said. “But, most times, you get to see it later on down the road.”

Fishtown: Festivale Brings Community Out in Support of Local Businesses

The Fishtown Festivale, held Saturday, June 8, billed itself as a place for old and young to have a great time with family and friends. The event featured food, beverages, clothes, art, street performances and […]

[vimeo 69121881] Founded in 1905, Helping Hand Rescue Mission is a place where those in the community can come together as one. Originally created to help the homeless, it has also become a way for children […]